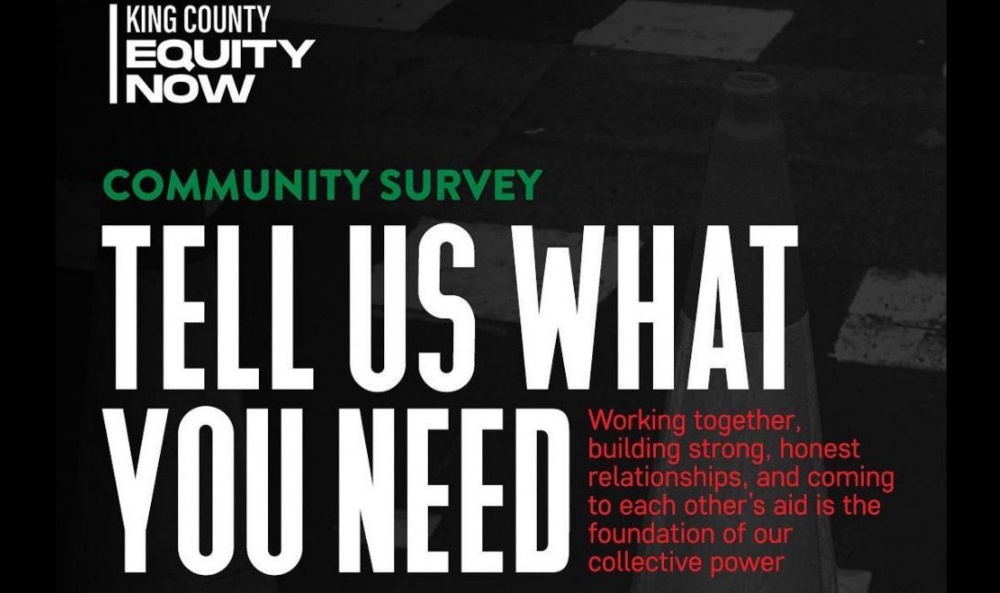 Back in December SCC Insight reported on the dubious contractual structure underlying the Black Brilliance Research Project: how the Seattle City Council bent over backwards to avoid bidding out a $3 million contract and instead awarded it to King County Equity Now, using the nonprofit Freedom Project as a “fiscal agent”; the lack of detail in the contract as to how the money should be spent or what the deliverables would be; the challenges King County Equity Now would face in maintaining a rigorous standard for the research as it enrolled and trained hundreds of contributing researchers; and questions as to who would get paid, and how much.

Since then, and as King County Equity Now (KCEN) delivered its preliminary report, there have been unconfirmed rumors swirling around the project about rising tensions between KCEN and the group of researchers and community-based service organizations who formed the core of the research effort.  Yesterday those rumors proved true as the Black Brilliance Research Project splintered into pieces.

This is still very much a developing story, with many of the facts still to come out and many questions left to be answered. Your faithful reporter will attempt to lay out the events of yesterday and what is known so far, but expect updates throughout the week as more becomes known.

A week ago, KCEN presented its preliminary report to the City Council, and it was announced that the final report would be delivered on February 26th to the committee of Councilmember Morales, who has been overseeing the contract. Participating side-by-side in the presentation of the preliminary report were Shaun Glaze, research director for the Black Brilliance Research Project (BBRP), Emijah Smith, Chief of Staff for KCEN, and Trae Holliday, Media Director for KCEN. At the time, they gave no indication that there were issues within the team.

Late last week, in the first public sign that something was amiss, KCEN posted an invitation to a “community conversation” online, “to celebrate latest updates, share improvements, and uplift Black community-centered accountability.” Yesterday afternoon at that session, KCEN announced that it was proudly moving into its “second phase” of research, and that it was creating a new community panel to drive accountability to the Black community — along with four founding members of that panel.

Smith and Holliday emphasized that now that KCEN was a freestanding nonprofit (and no longer operationally an arm of Africatown Community Land Trust) it was making this and other organizational changes to solidify its structure. At the same time, they said that KCEN had been able to accomplish great things “despite city bureaucracy,” but they determined that the “next phase of research” was so important that they needed to “pour in resources and people.” There was no mention of Glaze, or specifically of any of the other partner research groups who were subcontractors in the BBRP. Notably, several of the speakers mentioned that the organization is not perfect and would make mistakes along the way, but that it would fix its mistakes and called on the community to give it time to do so.

While this was happening, Glaze and her research co-lead, LeTania Severe, were gearing up to host the BBRP’s regular Monday afternoon “teach-in.” Just as KCEN’s event was starting, Glaze published an “open letter to the community” announcing that Glaze, Severe, and four of the core subcontractor research groups had “chosen to part ways with KCEN.”

King County Equity Now began as a coalition of community-based organizations, a “broad array of Black community voices,” joining together to advocate for Black lives and equity for the Black community. But the letter claims that last fall KCEN “began to move away from the coalition model” that was the hallmark of its success last summer in arguing for commitments to defund the police, for a participatory budgeting process, and for funding the BBRP.

It incorporated into a separate organization: originally as a 501(c)(4) political organization, but ultimately switching to a 501(c)(3) nonprofit. And that, the letter claims, is where the problems started: “the community partnership dynamic changed, and this created obstacles and barriers to the research. At heart, this is what has led us away from having KCEN be charged with facilitating the research to the finish line.”

This environment has included the following actions by KCEN leadership: locking research leads out of their KCEN e-mail accounts without warning during a key moment for the research; locking research leads out of access to the relevant online research files; unilaterally making major decisions that impact researchers — including decisions about contract renewal and decisions about hosting major public events — without consulting researchers in advance; cutting off communication when requests for transparency and accountability were made; abusive communication from KCEN leadership; unacceptable delays in paying people for their work that has seriously impacted researchers’ mental health and our ability to economically sustain; and dismissing the lived experiences of some Black community members, including Black people who live in but were not born in Seattle and trans and queer people. We have repeatedly sought to address these concerns with KCEN leadership, and we wish that these attempts had been met with repair. However, at this point, we find it necessary to separate from KCEN in order to complete this research. We know that the research was never about one organization but was about the shared collective experience of disenfranchised communities so we cannot allow one organization’s growing pains to stop the momentum of a city-wide movement for transforming the lives of communities of Black, Indigenous, and People of Color.

The letter insists that the researchers are fully committed to finishing the project, “with Freedom Project at the helm,” and says that doing so “is the best decision to allow us to honor the trust the public has placed in this collaborative community-led research process.”

At the open of the weekly “teach-in” yesterday afternoon Glaze read the entire letter, then proceeded with the rest of the session as if nothing had changed.

It’s pretty clear from yesterday afternoon’s activities that King County Equity Now and some of the group of researchers and organizations it enlisted and sub-contracted have severed their ties. Serious questions remain about whether the rest of the research contract will be completed, and by whom.

The BBRP co-leads seem to believe they can simply cut KCEN out of the middle and work directly with Freedom Project. But Freedom Project’s role, as specified in its contract with the city, is clearly defined and limited: it acts as fiscal agent, a pass-through ultimately responsible for processing payments, the financial paperwork, and compliance with the terms of the consultant contract; but who otherwise passes all responsibility for “managing the day to day operations of the BBRP” on to King County Equity Now.

It also signed an MOU and a contract with KCEN that codifies those terms. Freedom Project can terminate its contracts and walk away, but it can’t simply cut KCEN out and work directly with the BBRP researchers — at least not without the assent of KCEN and the City of Seattle. As if that weren’t complicated enough, Freedom Project is also a sub-sub contractor, performing some of the research work itself, as specified in its separate contract with KCEN. And along those lines, two of the groups that signed on to the letter cutting their ties with KCEN — Bridging Cultural Gaps and Black Trans Prayer Group — also signed their research contracts directly with KCEN, not with Freedom Project. Cutting KCEN out of the Black Brilliance Research Project will not be trivial, and it will be nearly impossible if it resists being cut out.

KCEN’s press team was unwilling to comment on the status of its contractual obligations yesterday evening, but it did issue a statement saying that they “share neither the same set of facts nor assessment” as the Black Brilliance researchers:

We are incredibly thankful for the swell of energy this past year. We celebrate, acknowledge, thank and uplift the many hundreds of community organizers, volunteers, volunteer leads, advisors, researchers, staff, supporters, and all others who’ve helped lay the groundwork in this first phase. As we move from a volunteer initiative to a formal non-profit, we’re taking necessary time to slow-down, create and implement expanded, improved structures and processes with many more rooted-community members in the conversation to ensure accountable community-oriented stewardship in all aspects of research including project review, funding allocation, etc.

We take our responsibility to steward resources very seriously. In the second phase, we emphasize that the trendline is accountability, transparency and expanded community-oriented systems. We are incredibly excited to welcome in many long-standing elders and long-standing, accountable Black organizations rooted in the unique history of Black organizing in Seattle who have sat on the sidelines for this research.

As we take this time to enhance organizational structures and processes rooted in community accountability moving forward, we’re deeply excited to move forward with intentionality, bring many more rooted-community members into the fold, incorporate broader input, more wisdom, and accountable relationships to ensure best outcomes for all Black peoples.

We share neither the same set of facts nor assessment, though uplift that Black community is not a monolith. We’ll be providing updates on our webpage here shortly, with factual corrections as well as other exciting announcements regarding phase two and invite all community members to stay engaged in this historic process.

As of this writing, Freedom Project has not responded to a request for comment and to inquiries as to how it sees its role moving forward.

And of course the other stakeholder in this is the City Council, which signed the $3 million taxpayer-funded contract with Freedom Project and King County Equity Now. Councilmember Morales, who has been overseeing the contract, also issued a statement this evening:

My office was made aware of a letter circulating from the Black Brilliance project.  I haven’t yet been briefed by my staff but I intend to get up-to-speed immediately and make contact with the stakeholders as we ensure that this vital research work is seen to completion to inform the upcoming participatory budgeting process.  While I learn more about the detailed grievances, the work itself remains critically important to inform policies that impact Black and Brown communities.

This story first ran in our partner site SCCInsight

Kevin Schofieldhttp://sccinsight.com
Kevin is a city hall reporter and the founder of SCC Insight, a web site focused on providing independent news and analysis of the Seattle City Council and Seattle City Hall in general. In a previous life, he worked for 26 years in the tech industry in a variety of positions but most notably as the COO of the research division at Microsoft. Kevin volunteers at the Woodland Park Zoo, where he is also on the Board of Directors. He is also the Vice Chair of the Board of Trustees of Harvey Mudd College.
Previous article
Can You Fire a Cop for Showing up at Trump’s Insurrection?
Next article
Ice Dam flood? We Can Top That!