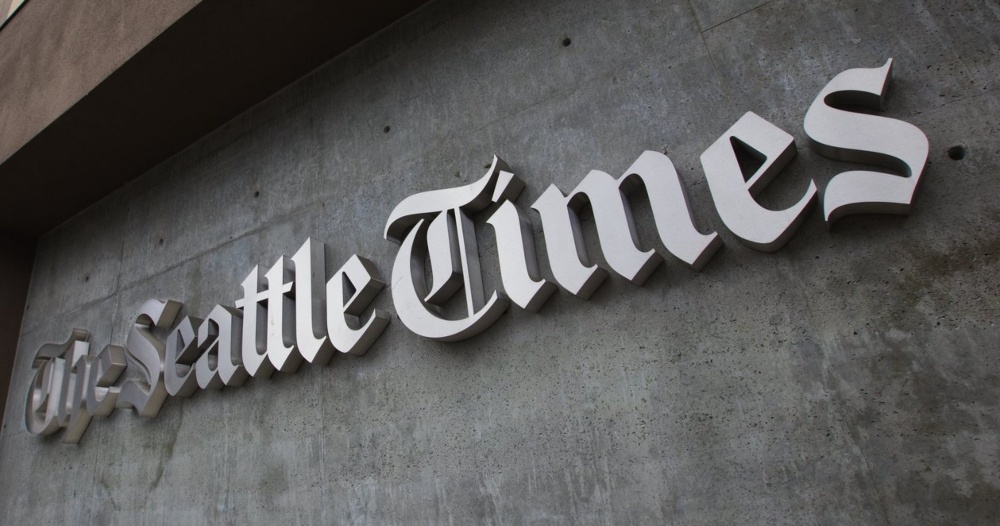 One of the important “elections” this year in Seattle will be the finding of a new managing editor for The Seattle Times. The occasion is the departure of Ray Rivera, who is taking a job overseeing Gannett dailies in the Sunbelt, a move closer to home for Rivera, an El Paso native.

This was Rivera’s second tour at the Times, where he had earlier been a reporter, after reporting assignments at the Washington Post and the New York Times. He has been an admired and tonic force in the Seattle newsroom, bringing more thoughtfulness to contextual stories, winning a Pulitzer for Boeing coverage, and attracting talented recruits such as business reporter Paul Roberts.

Executive editor Michele Matassa Flores, who hired Rivera to replace herself in the ME job, is overseeing a national search for his successor. Here is the job description. No job is more important locally in informing the public and setting the agenda for public affairs. Interestingly, this is a time of key turnover in the top editorial jobs at the Los Angeles Times, Washington Post (where Marty Baron has just announced his retirement), Reuters, and (next year) The New York Times.

I recently had an email conversation with Rivera, whose last day is this Friday, in which he gives his views on newspapers generally and his times at the Times.

Regarding the survival of dailies, what things seem to work, based on your experience at Seattle Times?

Rivera: Newspapers have to be essential, all the time.  I like to use a phrase, “urgency every day.” Readers have to know that every time they pick up the paper or go to your website that they’re going to get illuminating information they need to help them navigate their lives, or vote, or make dining choices or pick a movie, or understand how their tax dollars are being spent or how elected officials are making decisions. Maybe they just care about their favorite sports team. That’s important too. It’s hard to win readers and easy to lose them, and now that advertising dollars can no longer support a newsroom it’s more important than ever to win loyal subscribers.

What editorial changes did you bring about during your time at the Times?

Rivera: I don’t think I had to bring about editorial changes. This was already a hard-working newsroom with a lot of talented journalists. I think I stressed that message of “urgency every day” and going deeper on stories and turning them faster. I love investigative reporting, but I also like quick-turn political and enterprise stories, and stories that take a more contextual look at news impacting our lives. So if something important happens on a Wednesday, I want the quick follows but I also want a smart, deeper look for Sunday, when readers have the time to absorb all the implications.

Comments on strengths and weaknesses of Seattle Times?

Rivera: The Times has a lot of strengths. A publisher in Frank Blethen who is innovative, constantly pushing to explore new ways to keep the news organization relevant and muscular, even amid shrinking revenues.  It has a business side that truly understands that great journalism is the product and protects the news gathering resources as best they can.  A smart newsroom leadership team led by executive editor Michele Matassa Flores. And a newsroom full of journalists who really work hard.

I can honestly look around the newsroom (when [pre-Covid] we were in the newsroom) and not point to a single journalist who wasn’t really trying to do strong work. The biggest weakness is the same that’s afflicting a lot of newsrooms. The siphoning off of [advertising] revenues by Google, Facebook, and so on has left us with too few journalists to cover everything we need to cover. The Times has done a good job of protecting its journalists, but the newsroom [now at 160] is still half the size it was a few decades ago.

Are reporters in mainstream media getting too ideological?

Rivera: That’s a good question. Obviously there’s a lot that can be said about Fox News and MSNBC and other networks and shows that have clearly targeted audiences. But for newspapers I think the answer is largely no. We have seen some of what in the past would have been considered commentary slip into straight news stories — not so much at the local and regional levels but at some of the national newspapers. It’s difficult not to do [such commentary] when there is a constant need to clearly label lies as lies, and to avoid false balance that too often passes for objective reporting. I’m hopeful that in the post-Trump era we’ll be able to continue to re-evaluate how we cover news and expand the breadth of voices and communities we include in our coverage.

Along those lines, does the digital side of the Times affect the print side by being so aimed at readership traffic, often driven by polarization?

Rivera: At The Seattle Times, I think the answer is no. We do care about what stories make people want to subscribe, but what we’ve found through our analytics is that those are the same stories for the most part that journalists naturally gravitate to – accountability reporting, politics, news people can use. There is this wonderful intersection between stories that serve our mission and those that drive traffic and subscriptions. That intersection is an area we want to focus resources on, but not at the expense of our public service priorities.

David Brewster
David Brewster, a founding member of Post Alley, has a long career in publishing, having founded Seattle Weekly, Sasquatch Books, and Crosscut.com. His civic ventures have been Town Hall Seattle and FolioSeattle.
Previous article
Impeachment Sand Trap: What Are They Thinking?
Next article
Retribution: Will GOP Reps. Newhouse and Herrara Beutler Be ‘Primaried’?