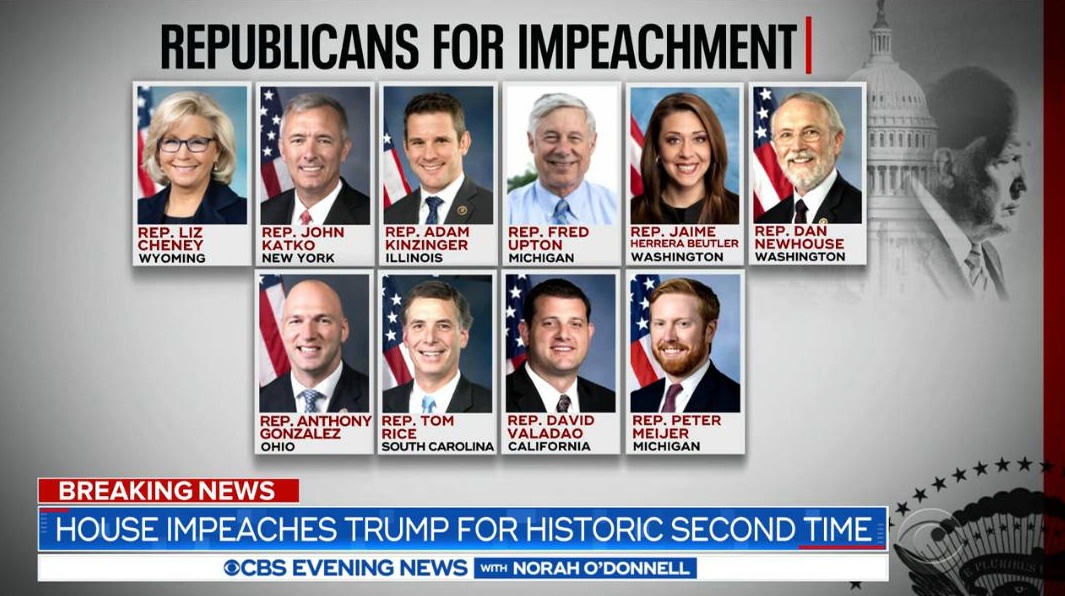 Retribution: Will GOP Reps. Newhouse and Herrara Beutler Be ‘Primaried’?

The Roanoke Conference comes up this weekend, virtual this time in place of its usual wet, windy location at Ocean Shores. Roanoke is a largely Republican, conservative-leaning issues conference, with lively hear-both-sides debate.  The state’s Democrats used to stage think-out-loud sessions too, but then they went on a winning streak.

One draw in the winter of 2016 was an attendees’ straw poll of Republican presidential candidates.  It favored conventional conservatives, young Sen. Marco Rubio, and grumpy Sen. Ted Cruz.  Donald Trump could count only a handful of supporters in the room.

Ex-President Trump is now a continent away in Florida, but he has drawn a lot of support and tribal loyalty from Republican activists in this state.  In Central Washington, a bevy of GOP county chairs want U.S. Rep. Dan Newhouse, R-Wash., to resign from Congress after his vote this month to impeach the 45th president.  The Republican State Central Committee has condemned the House vote to impeach trump, and Newhouse and Rep. Jaime Herrera Beutler, R-Wash., for backing it.  Washington supplied two of the 10 Republican House votes to impeach.

The vote by Herrera Beutler was “a personal affront to the 70-million-plus Americans who voted for our President” in words of a Clark County Women’s Republican Club resolution, which also vowed to “recruit and elect a conservative candidate who will represent our values.” Hell hath no fury like that of blue or red party loyalists when one of their own deviates from the party line.  They pass resolutions, go on talk radio, and send off angry letters.  Still, it’s usually mainly noise, justifying a wise observation by the late Pittsburgh Steelers Coach Chuck Noll: “The empty drum bangs loudest.”

In this state, with its open voting, party purges of this sort almost always fall flat, since voters of all political stripes can mail in primary and general election ballots.  We don’t have partisan primaries, which maximize the influence of ideology-driven party loyalists occupying far corners of the political spectrum. It’s the same on the Democratic side, as witness far-left Berniecrat challengers to U.S. Reps. Derek Kilmer and Rick Larsen in 2020, who received only 13 percent of the primary vote last summer.  A challenge to state House Republican Leader J.T. Wilcox, R-Yelm, also fell flat.

Newhouse won his seat in Congress in 2014, and was reelected in 2016, beating Tea Party Republican (now Franklin County Commissioner) Clint Didier.  Herrera Beutler dispatched strong challenges from Democrat Carolyn Long in 2018 and 2020, carrying every county in the district and expanding her majority last November.

Nor has the Republican far right much of a record in winning elections.  Clint Didier has lost contests for Congress, U.S. Senate, and State Land Commissioner.  Trump lost Washington by almost 800,000 votes in November and took less than 40 percent of the state’s vote.  GOP gubernatorial candidate Loren Culp, a Trump mini-me, came up 550,000 votes short and took only 25 percent of the vote in King County. Republicans in this state are caught in a tide of fearful factions, but it’s not clear if the tide is coming in or ebbing. A big unknown is the staying power of a certain very angry ex-President.

Donald Trump is driven by vengeance.  In recent days, the 45th President has sent assurances to Senate Republicans that he isn’t going to start a new party but will throw his weight around within the GOP.  He has made initial moves, endorsing former White House mouthpiece Sarah Huckabee Sanders for Governor of Arkansas. Trump helped reelect far-right Arizona Republican chair Kelli Ward, while the Arizona state party was voting to condemn ex-Sen. Jeff Flake and Cindy McCain..

The retirement of Ohio’s GOP Sen. Rob Portman opens an opportunity for fiery Trump defender Rep. Jim Jordan, awarded a Presidential Medal of Freedom just before No. 45 left office.  Trump is furious with Georgia Gov. Brian Kemp, who is up for reelection next year, where a down-the-line Trump loyalist, former Rep. Doug Collins, is a potential Kemp challenger. The highest profile Trump target in the House, certain to be “primaried,” is Wyoming Rep. Liz Cheney, lone member of the House GOP leadership to support impeachment.  Dick Cheney’s daughter is no flaming liberal. Additionally, House members in Ohio and Michigan are likely to be primaried.

Trump has a $70 million PAC war chest to deploy, raised during his election protest rallies.  But the Jan. 6 insurrection at the U.S. Capitol remains in the news, with Trump’s name now guilt-associated with likes of the Oath Keepers and Proud Boys.  Trump is without his Twitter platform and its 88 million followers.

Trump “has the potential to continue to have a major influence on the party,” Sen. Mitt Romney, R-Utah, told Politico this week, but he added that the influence of No. 45 “was significantly diminished by his perpetuation of the ‘Big Lie’ that he won the election and that it was stolen from him. Clinging to the lie will diminish his influence over time.”

What’s the rooting interest for the rest of us?

My sentiments are influenced by Facebook.  I read to-the-point critiques of Democrats’ excesses from Reps. Wilcox and Jacqueline Maycumber (R-Republic), centered on Gov. Jay Inslee’s bossiness, partisanship, and disconnect with small business.  Such voices are needed.  On the other hand, I also take in the wacko-birds of the party, such as the proposal by State Rep. Brad Klippert (R-Kennewick) that an electoral college pick Washington’s next governor, and links to conspiracy theories by State Rep. Jenny Graham (R-Spokane).

At risk of being shunned by Seattle friends, I would argue that Washington needs Main Street conservative Republicans as part of its political culture. True, you have to navigate around Tim Eyman to get through the main conference room at Ocean Shores, and there’s usually clunky sarcasm of a radio talk jock to be endured.  Even so, there are also at these conferences honest discussions of the state’s direction, and of different directions.

They’re getting to be as endangered as the spotted owl, but they remain an indicator (and needed) species. Where will reasonable voters turn if a Seattle City Council member gets on the statewide ballot, or when Sound Transit sends car tab fees skyward?  At the same time, the left shows increasing tendencies to discipline disobedient Democrats who wander into the center — witness labor unions spending hundreds of thousands of dollars to take out moderate Democrat State Sen. Mark Mullet in a swing district in east King County.

So I’m hoping Main Street survives, and that “primaried” Republicans like Newhouse and Herrara Beutler survive. They are needed to help their party to recover from the tsunami of America’s worst President.