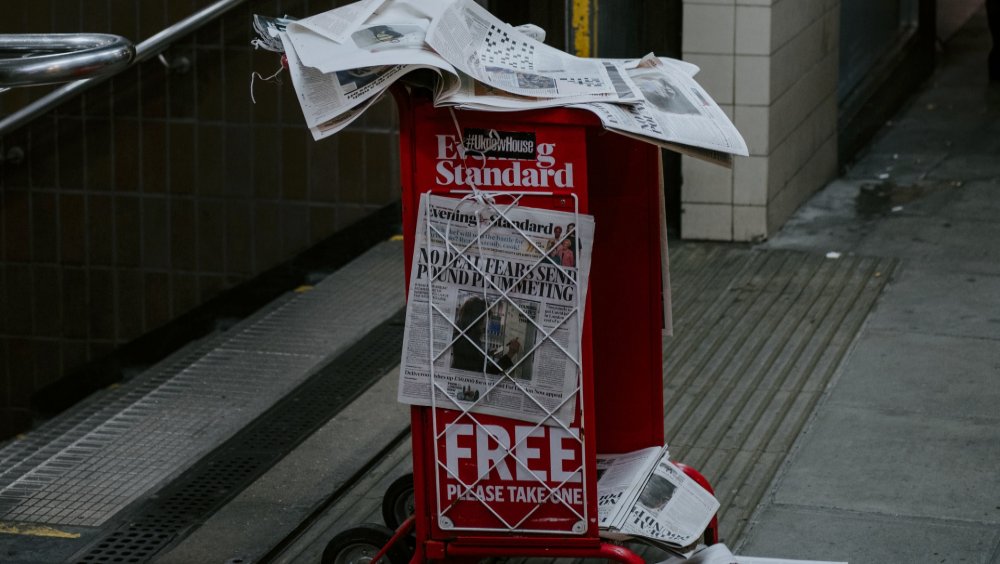 Travel bans and trade barriers imposed on Britain this week to contain the spread of a mutated Covid-19 virus gave Britons a vision of the chaotic future likely awaiting them after Dec. 31, when their divorce from the European Union becomes final.

That taste of what life would be like if the United Kingdom crashed out of the EU without a new set of rules for trade with the continental alliance seems to have been the cautionary tale Prime Minister Boris Johnson needed to cut a last-minute deal to preserve an economic relationship worth $625 billion a year.

On Thursday, freight trucks were still backed up for miles on freeways in the coastal region of Kent when Johnson and European Commission President Ursula von der Leyen announced they had resolved the last points of contention, barely a week before Britain’s last formal ties to the EU expire with the new year.

The trade and travel restrictions that isolated Britons and blocked thousands of foreign residents from returning to their home countries for Christmas were imposed by more than 40 countries to keep the UK’s surging virus infections from spreading abroad. The sudden halt last weekend blocked 6,000 truckers from carrying their wares onto ferries and through the Channel Tunnel. Even after France eased its closure of the port of Calais on Tuesday, little traffic was moving out of Kent because drivers had to wait for test results to show they were negative for the mutated virus.

The altered strain of Covid-19 is said to be 70% more transmissible than the one that has already killed more than 1.7 million people. Cases of the mutated virus known as B.1.1.7 have been surging in Britain and were recently diagnosed in Denmark and Italy as well. U.S. virologists warn that North Americans should assume the mutation first identified in Britain in September has reached this continent by now.

Johnson struck a defiant pose in these last weeks before the conclusion of Brexit, claiming Britain wouldn’t suffer if it left the EU without a formal agreement coordinating trade policies for the future.

The grounded flights and blocked cargo spurred panic-buying in London and its Covid-battered surroundings. Shoppers have swept store shelves clean since the cutoffs began, creating fears of fresh food shortages through the holiday season. Germany’s Lufthansa flew in emergency supplies to the British capital on Wednesday, but wider relief isn’t expected until the 10,000-truck daily transit through the port of Dover resumes.

Negotiations on the post-Brexit trade deal had been stalled for months by a dispute over how to reallocate fishing rights in British territorial waters between a newly sovereign UK and the rest of the EU bloc. A compromise was reached late Wednesday, and negotiators haggled through the night over final language in the 2,000-page document, according to the BBC and Bloomberg.

Fisheries trade represents a miniscule 0.13% of the $625-billion EU-UK trade each year. But it became a major impediment to agreement because both sides sought to protect their coastal communities heavily dependent on their fishing fleets.

The French reprieve on traffic from Dover came less than 24 hours after European Justice Commissioner Didier Reynders urged EU states not to “prevent thousands of EU and UK citizens from returning to their homes” to spend the holidays with family. Many of the truckers stuck en route to Dover had planned to pick up fresh food supplies on the French side to bring back to Britain.

The French government made resumption of truck traffic from Dover contingent on drivers’ showing a negative result on tests for the new Covid variant, a process that typically takes two days to complete. It was unclear how much or how quickly testing capacity could be ramped up at Kent’s shuttered Manston Airport, where 3,750 trucks were parked bumper to bumper on the runway and tarmac. Thousands more drivers were stuck in their rigs in miles-long backups on highways.

While the blocked deliveries are expected to clear before year’s end, many of the travel restrictions are likely to stay in force beyond Jan. 1, 2021. The EU maintains a “safe country” list that currently consists of only eight countries outside of the bloc allowed entry to its 27 member states and Britain is unlikely to meet the stringent virus-containment criteria by the time its break from the EU is complete.

Johnson has come in for withering criticism of his handling of the pandemic as well as the long-stalled negotiations on a post-Brexit trade pact. His unfulfilled vow to contain the virus by Christmas “once more shows the yawning gulf between the prime minister’s airy promises and the real world,” Germany’s Die Welt newspaper commented.

The New York Times, in its report from London on the gridlock and groundings, observed that “the sudden sense of being cut adrift from the bloc – and from the world at large – felt like a bitter taste of what might be to come.”

“A few days from the UK’s exit from the single market on 31 December, it’s all giving London a foretaste of its ‘regained sovereignty,’” the French daily Liberation wrote in a commentary reflecting the remaining EU nations’ resentment of Britain’s departure from the alliance.

Many Britons also have soured on the Conservatives’ go-it-alone break with the alliance. Polls in the last three months show mounting regret for the 2016 vote to leave the bloc, with only 39% still favoring the looming departure.

Carol J Williams
Carol J. Williams is a retired foreign correspondent with 30 years' reporting abroad for the Los Angeles Times and Associated Press. She has reported from more than 80 countries, with a focus on USSR/Russia and Eastern Europe.
Previous article
Now Is the Time For a Nonpartisan Commission to Come to the Aid of Our Elections
Next article
A Seasonal Detective Story: Where, Exactly, Was Jesus Born?