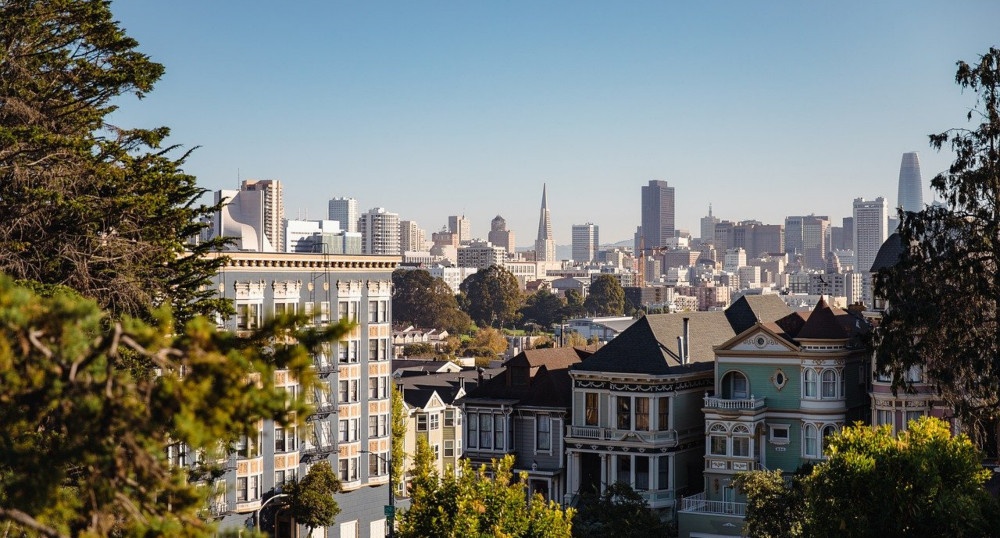 From its founding in 1851, Seattle has always played little sister to San Francisco. The first business transacted in the new city on Alki Point was the sale of a load of logs to a ship heading to the Gold Rush boomtown, and until railroads arrived in Seattle in 1893, most of Seattle’s commerce was tied to the Bay Area: those historic row houses were built with timber from Seattle.

But like little sisters everywhere, Seattle gets mostly ignored by its big sib while ardently longing to be just like her. And, of course, the Seahawks-49ers drama plays out against this backdrop.

The Washington Post recently ran an op-ed by Bill Whalen, a political analyst at Stanford’s Hoover Institution, who, in describing recent economic and policy events in San Francisco, pondered:

“Higher taxes. Fewer jobs. Steeper rents. More traffic. Substandard home appliances. No weed. This is how San Francisco plans to get its groove back?” (After the article was published, the San Francisco Board of Supervisors did grant an exception for cannabis in its proposed prohibition on smoking in apartment buildings.)

With increasing technology business ties between Seattle and the San Francisco Bay Area, the longstanding sisterhood is getting closer. So, we might ask how much of what seems to be ailing San Francisco these days has migrated up the coast. Whalen cites six indicators of what he thinks is going sideways in San Francisco: shrinking labor force, falling consumer spending, shrinking employment, falling rents, rising office vacancy, city budget deficit. We’ll look at how Seattle and San Francisco compare on these metrics, three today and three next week.

Prior to the pandemic, Seattle and San Francisco had rising employment and very low unemployment among people living in the metro areas. Then things started to change. We have data for metro areas up through October, based on the household surveys conducted by the Department of Labor. Figure 1 shows the changes between February and October in the size of the workforce—how many people living in the metro area have a job or are actively looking for one—and the number and rate of employment of residents.

It is too soon to know why the workforce is shrinking in Seattle. It is some combination of people moving out of the three-county metro area, and people still living in the area deciding not to hold or look for a job. The 1.9 percent national decline suggests lots of the latter, but Seattle’s larger shrinkage suggests a bunch of the former.

Seattle has a similar story, although not as extreme, with job loss higher than employment loss. Many people had been commuting into the Seattle metro area, which consists of King, Pierce and Snohomish counties, to service jobs that have been eliminated. The unemployment rate in Skagit County, home to many commuters to Snohomish County, is now 6.6 percent, and unemployment in Thurston County stands at 5.7 percent.

With the elimination of jobs and the acceptance of work-from-home patterns, office space has begun to vacate. Figure 3 shows office market activity for the third quarter.

The overall vacancy rate (direct vacancies plus sub-lease space) in the Seattle area was hovering around 9 percent pre-pandemic, and was under 6 percent in San Francisco. The big change has been the rise in sub-lease space on the market, as businesses with long-term leases now find themselves paying rent on a lot of vacant space. The San Francisco city market has been particularly hard hit, with a negative net absorption of 5.3 percent of its total inventory. The total Seattle market area story is less dire, but vacancies in South King County are very high.

By these three measures, the Seattle metro area is looking somewhat better than the big sister to the south. The question from an employment and office space perspective is the degree to which technology firms based in the Bay Area continue to move employees to the Seattle area. San Francisco and Silicon Valley firms that plan to move employment away from the Bay Area have some choices. Will they look to Seattle, the next biggest tech center, and expand their existing operations here? Or will they look to the next tier or two, and consider Portland, Sacramento, Salt Lake City or a smaller Western city?

Michael Luis
Michael Luis is a public policy consultant who has been wrestling with housing, growth and economic development issues around Washington State for over 30 years. He is author of several books on local history and served as mayor of Medina.
Previous article
Set Up to Fail? How to Help Make Seattle’s Leaders More Successful
Next article
Novelist Jess Walter Sets a Story in Early Spokane, Beset With Radicals