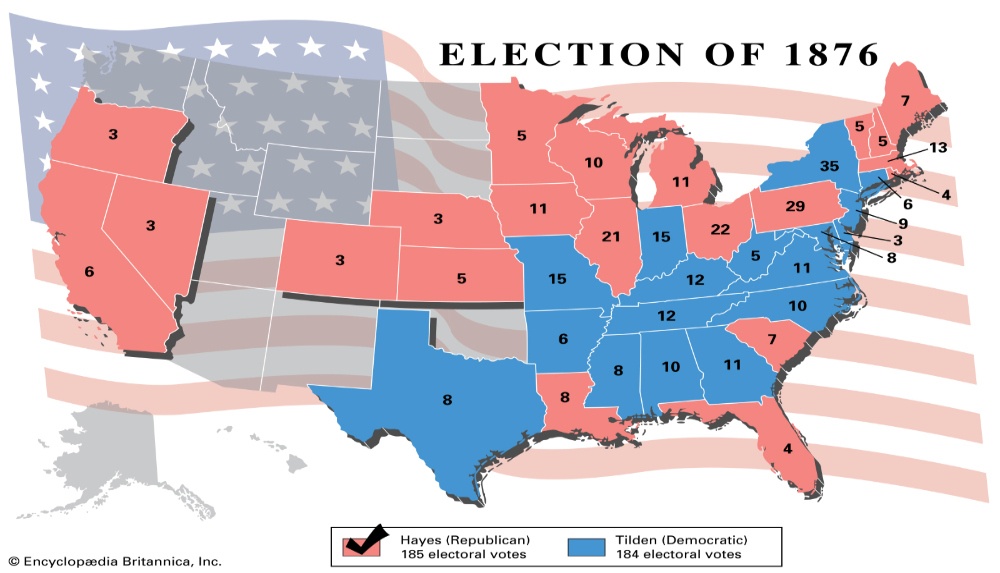 The Obscure Law that Could Throw the Election to Trump

Conservative journalist Geraldo Rivera told Fox News on Sunday, Nov. 22, that he had talked to President Donald Trump the previous week. He described Trump as a realist and a proud person who will finally concede once all the avenues to reversing the results of the election have been closed.

The catch, however, is that his vice president, Mike Pence, could keep one last avenue open for a Trump win. It would seemingly be legal and playing by the rules. It would also violate our democratic norms but, as I have written elsewhere, Trump’s politics discards them — to the detriment of our republic’s stability.

The last avenue available to Trump is using the Electoral Count Act of 1877. This law mandates how electoral votes are counted by Congress following a presidential election. Its ambiguous language might allow Pence to throw the election to Trump. It would be the final ploy, as Trump’s two other strategies — court challenges and rogue Republican legislatures — are failing.

His first strategy was to get Biden’s vote count reduced through court rulings. So far, Trump’s lawsuits have failed to overturn Biden’s popular votes in any states. Trump has lost or withdrawn 22 challenges to the voting procedures in courts around the country. He has slowly retreated from pursuing legal cases in five swing states that Biden won: Nevada, Georgia, Michigan, Pennsylvania, and Wisconsin.

The remaining lawsuits are likely to face the same fate as the recently decided one that challenged Pennsylvania’s election results. There, the conservative District Judge Matthew Brann — who was a former chair of the county Republican Committee and active in the Federalist Society and the National Rifle Association — wrote in his decision that Trump’s campaign had used “strained legal arguments without merit and speculative accusations” in trying to negate the millions of Pennsylvania votes that had already been counted.

Trump’s second strategy was more convoluted and even less likely to succeed. He appealed to Republican-controlled state legislatures in key states to conclude that Biden’s majority popular vote in their state was a result of fraud and therefore not legitimate. The Trump Campaign had hoped to replace Biden’s electors with ones supporting Trump. But Republicans in at least Michigan, Georgia, and Arizona legislatures, at this writing, have rejected Trump’s allegations of massive fraudulent voting. The leaders of these legislatures have all maintained that their elections were as fair as any in the past, and that Biden’s win should be certified.

Nevertheless, these defeats have not deterred Trump from still claiming he won the election. On Monday Nov 23, after he allowed Emily Murphy, head of the General Services Administration, to finally gave Biden access to the normal transition information that a president-elect would receive, he tweeted, “Our case STRONGLY continues, we will keep up the good fight, and I believe we will prevail!”

There is only one path left for Trump to win. It depends on the fact that Mike Pence will be the presiding officer of a joint session of both Congressional houses on Jan. 6, 2021.

His task under the Electoral Count Act is to announce the electors from each state that have been won by each presidential candidate. This procedure occurs in every presidential election and is usually a mere formality. However, the Electoral Count Act describes how that count should proceed when there are competing slates of electors being sent to Congress from one or more states. The law has never really been tested. Commentators throughout history have considered it “very confused, almost unintelligible,” a law that “invites misinterpretation,” its language “turgid and repetitious” and finally with central provisions that “seem contradictory.”

The best example of the act’s inability to deal with what could become a major constitutional fight is its ambiguity as to the solution when multiple slates of electors are sent from a state. In that case, the House and Senate are expected to vote separately on which slate to accept. But the two bodies may or may not agree on whether the slate certified by the governor should count or that no slate should count.

To make matters worse, the law states that in the joint session it would take only one representative and one senator to object to a state’s slate of electors. If the two bodies do not agree, it’s an open question whether the presiding officer (i.e., Pence) of the reconvened joint session could break the tie.

Other details of what is required are not spelled out in the law. For instance, if there is an objection, must there be alternate slate of electors proposed and who would have the standing to propose them? Could there simply be an objection asserting that no slate from a particular state be recognized due to an irreconcilable voting irregularity? The parliamentarian could rule on these procedures, but that ruling could end up going to the Supreme Court, where conservatives hold a 6–3 majority.

The bottom line is that, if Trump truly does not care if the Republican leadership wishes him to concede defeat, he could still tie up the electoral counting process. All he needs are a couple of supporters within Congress to object to the elector slates in enough states to deny Biden 270 electoral votes.

Is this a far-fetched scenario? Perhaps, but then again, have we ever had an incumbent president string out an election when losing by such a large margin in both the popular and electoral votes? The answer is no. This would have been unthinkable. But here we are.

Nick Licata is author of Becoming A Citizen Activist, and has served five terms on the Seattle City Council, named progressive municipal official of the year by The Nation, and is founding board chair of Local Progress, a national network of 1,000 progressive municipal officials. Subscribe to Licata’s newsletter Citizenship Politics. This article first appeared in The Medium.