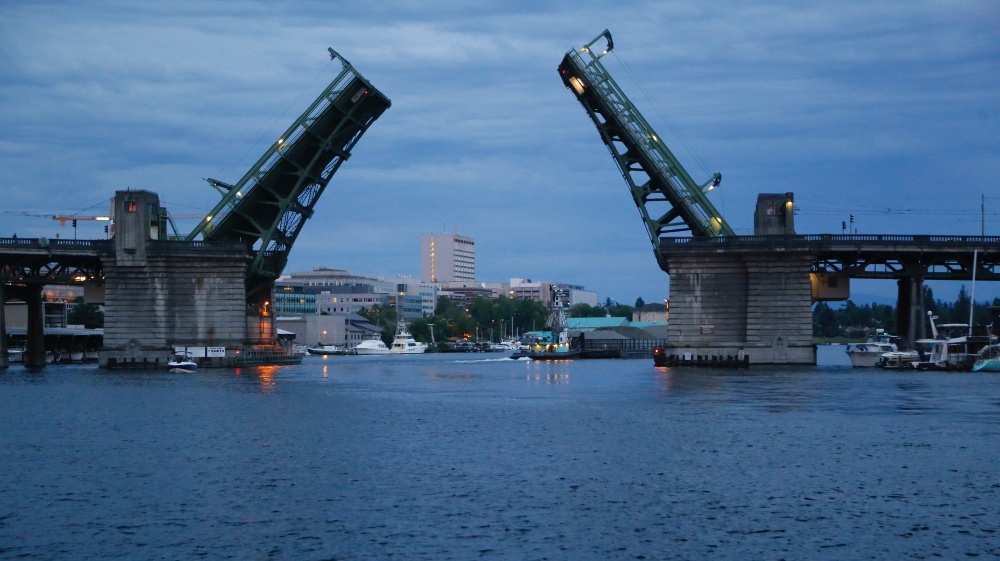 The 34-year-old West Seattle Bridge has been granted a reprieve. On Nov. 19, Mayor Jenny Durkan announced that the bridge, cracked and closed since March, will be repaired rather than replaced.

Durkan’s decision appears wise. It will mean the marooned community of West Seattle, jokingly called “an accidental island,” will be able to resume using the vital transportation corridor perhaps as soon as mid-2022. That’s far better than the so-called “rapid” replacement solution that could easily take five years to first obtain permits and then complete construction.

The saga of the West Seattle Bridge, born in the aftermath of a catastrophic marine accident, is likely far from an anomaly. Seattle’s bridges (somewhere around 124) are a threatened commodity. The spans have served as a vital necessity in a city with a glacier-carved geography of hills, ravines, creeks, tide flats, and water crossings.

Following the disastrous West Seattle Bridge closure, Councilmember Alex Pedersen, chair of the council’s Transportation Committee, called for an audit of the city’s bridges. Were there other bridges in similar danger?

In September, the Seattle city auditor released an alarming report. Of the 77 bridges that were checked, 22 were found in good condition; 50 in fair condition and five in poor shape. Among the most worrisome was finding that the heavily used Magnolia and University bridges were both rated “poor.” However, getting a slightly better “fair” rating doesn’t mean that much; that’s the rating that the West Seattle Bridge had prior to discovery of widening cracks that led to its closing.

The audit underscored that this city’s bridges are aging (the four Ship Canal bascule bridges opened between 1917 and 1920) and that the city is not spending nearly enough to keep its older spans maintained. The city currently spends only $6.6 million annually for bridge maintenance. The audit recommended an appropriation of at least $34 million — five times that much.

Unfortunately, spending the added car tab tax on bridges instantly became a bone of contention. Councilmembers had alternative ideas despite Pedersen arguing that bridge maintenance requires money and expertise rather than “process and lobbying at City Hall.”

When it came time to vote, a majority of the council did approve the car tab tax, but delayed allocating the proceeds. The council instead wants to wait until spring for the results of “a stakeholders engagement process,” whatever that entails. Is that merely code for the infamous “Seattle process?”

Only councilmember Herbold voted “no,” objecting to the stakeholder engagement solution. She pointed out that “it’s up to the council and mayor to make tough decisions on how to implement recommendations of the city auditor rather than leaving the decision to a stakeholder group.” Meanwhile the mayor suggested “taking a holistic look at funds and needs.” Maybe that means we should begin praying in a holy manner that drawbridges like Fremont, which opens more times than any other in the country, keep operating.

Plans for meting out the $20 car tab money sounds like something of a rejection of representative government. The unfortunate part is that the bridge-maintenance fund is, once again, likely to end up shortchanged. The West Seattle Bridge disaster — more than two years of trying to navigate vehicles, buses, supply trucks, and emergency vehicles on gridlocked alternative routes —  may not have taught us anything.

Jean Godden
Jean Godden wrote columns first for the Seattle Post-Intelligencer and late for the Seattle Times. In 2002, she quit to run for City Council where she served for 12 years. Since then she published a book of city stories titled “Citizen Jean.” She is now co-host of The Bridge aired on community station KMGP at 101.1 FM. You can email tips and comments to Jean at jgodden@blarg.net.
Previous article
It Takes Self-Confidence to be a Moderate
Next article
The Obscure Law that Could Throw the Election to Trump