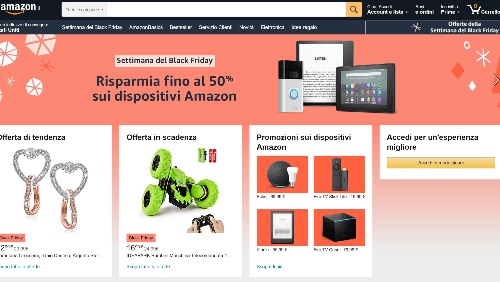 The Robin Hood of Piedmont

Amazon and other huge on-line marketers have made out like the proverbial bandits since COVID more or less shut down their competition. Now, in Italy at least, the revenooers are coming to claw a little back, just in time for Christmas.

Actually, not so little. This morning Rome’s La repubblica reported that Alberto Cirio, the president of Italy’s heavily industrialized province Piedmont, has introduced a bill to introduce a supertax on the proceeds of web-based businesses grossing more than €5.5 million a year in Italy and €750 million worldwide. He called on governors of other Italian provinces to do the same. If four of them do, the tax could become law for the entire land.

Cirio’s basic proposal makes no direct reference to COVID, but its intended effect is spelled out clearly. By raising the base tax on gross revenues from 3% to 15%, he expects to raise the current tax bite of an annual €750 million to €5.5 billion (6.5 billion dollars).

But his “Step 2” goes on to levy another 15% on gross revenues as long as Italy’s current lockdown lasts, specifically to relieve the losses of commercial enterprises forced to close as the giants of on-line commerce have made hay while the plague reigns.

To immediate cries that he’s over-reaching the powers of his office, Cirio said:

“I am a liberal [in economic policy]; but to be one has to mean guaranteeing that everyone starts from the same point. Why has e-commerce increased its sales 31% since the beginning of the year? Not because it’s done such a good job[literally: “has been a good boy”] , but because the competition is kept from [competing], due to Government decisions made to look after the health of the public—in other words, due to a distortion [of the marketplace]. It is this distortion which our proposal is intended to correct.”

Roger Downey
Born in Canada moved to Peru's altiplano at the age of six; came to the U.S. at 10 to discover that you don't use your feet to dribble the ball. Learned from the git-go that "America" is an idea, not a place.
Previous article
Pramila Jayapal: Gluing the Democratic Bumblebee Together
Next article
Out of your Bubble? How Your Brain Weighs Risk