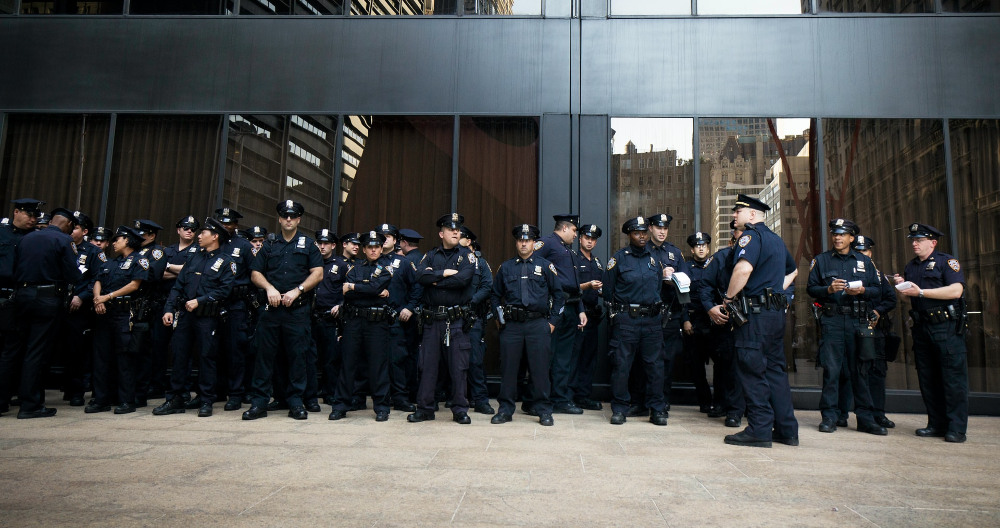 Big Political Shifts in the Fight for Police Accountability

Amid the media-hogging protests, race-politics, and police excesses, two important developments in police accountability have emerged in Seattle, somewhat obscured by all the figurative tear gas. Both suggest the chance for real progress in taming, reforming, and defunding Seattle police. Suggest, mind you, but don’t guarantee.

The two notable developments are the removal of a union veto for Democratic politicians who wanted to alter police union practices, and secondly the shift of the reform momentum from the foot-dragging Seattle City Council to the reform-talking Legislature.

One of the key figures is Seattle Sen. Jamie Pedersen (D-43), who will lead the effort as chair of the Senate Law & Justice Committee. “It is very possible that we could make real change in the next session,” Pedersen tells me, noting “an opening for us to pass legislation opposed by the Seattle Police Officers Guild (SPOG).” Among the reasons: Gov. Jay Inslee is on board for changes, the arrival of new colleagues in Olympia, and most importantly the decision by the King County Labor Council to boot out the intransigent SPOG union last June.

Previously, police unions were able to fend off Seattle political pressure by passing elaborately protectionist legislation in Olympia. At the state capitol, rural legislators were more sympathetic and liberal Democrats feared defying union brethren, since the broader labor movement would warn labor-hugged Democrats to keep their hands off police unions. No more. And that puts Democrats like Pedersen firmly in the reform camp.

Pedersen, admitting he has come late to the reform agenda, now has a long list of reforms he’s pushing. His ally is Rep. Roger Goodman (D-45), chair of the House public safety committee. On Pedersen’s legislative wish list:

That last item about decertification is an indication of how much state legislation hamstrings local political control by making such detailed state-passed protections off limits for city changes. Decertification, a standard thing for professional organizations, means that an officer found guilty of bad behavior can’t get a job elsewhere, as is now commonly done.

The maddeningly intricate protections for officers concerning decertification are spelled out in detail by Anne Levinson in a recent Publicola essay. As Levinson, who served as the independent oversight auditor for Seattle’s police accountability system from 2010 to 2016, spells out:

“Unlike licensing laws for other professions, the police decertification law doesn’t cover many types of serious misconduct unless that misconduct results in conviction or meets the grounds for prosecution. It excludes all sorts of criminal misconduct for which an officer might be fired, but not prosecuted, and can exclude excessive force and a wide range of other misconduct that diminishes, jeopardizes, or significantly undermines public trust and confidence.”

The Levinson essay also points to another reason that she and other Seattle reformers have lost patience with city hall and now are shifting their energies to Olympia. That reason is the long sidelining of true accountability reforms by Seattle politicians. As Levinson explains, the original areas for the Department of Justice intervention in Seattle police practices in 2012 did not stress accountability, reserved for another day, but instead focused mostly on use-of-force issues, where considerable progress has been made. Succeeding mayors and city councils have found ingenious ways to delay dealing with accountability (likely owing to the former sway of the union movement and the desire to declare victory and get the DOJ to depart).

But now comes a reckoning. Levinson and others, notably the activist Community Police Commission, are now pushing to strip the elaborate working conditions protections in police contracts, long protected by friendly state legislatures and wary Democrats. As Levinson argues in her Publicola essay:

“Police, like all employees, deserve contracts that provide for fair wages, benefits, and good working conditions. But there is no reason to continue to accept the argument that standards and practices to address police misconduct must be considered ‘working conditions’ that cannot be determined by police management and local government leaders outside the bargaining process.

“Police have been granted extraordinary powers to use discretion in a range of ways that have enormous impact on the public, including taking away liberty and the use of deadly force. Legal and procedural safeguards against police abusing these powers in ways that undermine public trust should not be subject to the give and take of bargaining.”

Police unions are skilled at fighting back and rousing public fears, so Pedersen & Co. will have their hands full in enacting such sweeping changes, some of which will be seen as “nuclear.” Other unions might be alarmed at precedents that could come back and bite them. Also, the police-reform groups are split over tactics and focus and relationships with Mayor Jenny Durkan. But the weather, and the arena for this fight, have definitely shifted.

David Brewster
David Brewster, a founding member of Post Alley, has a long career in publishing, having founded Seattle Weekly, Sasquatch Books, and Crosscut.com. His civic ventures have been Town Hall Seattle and FolioSeattle.
Previous article
Why Russia Needs Four More Years of Trump
Next article
What It Was Like Being A Volunteer For A Coronavirus Test-Vaccine