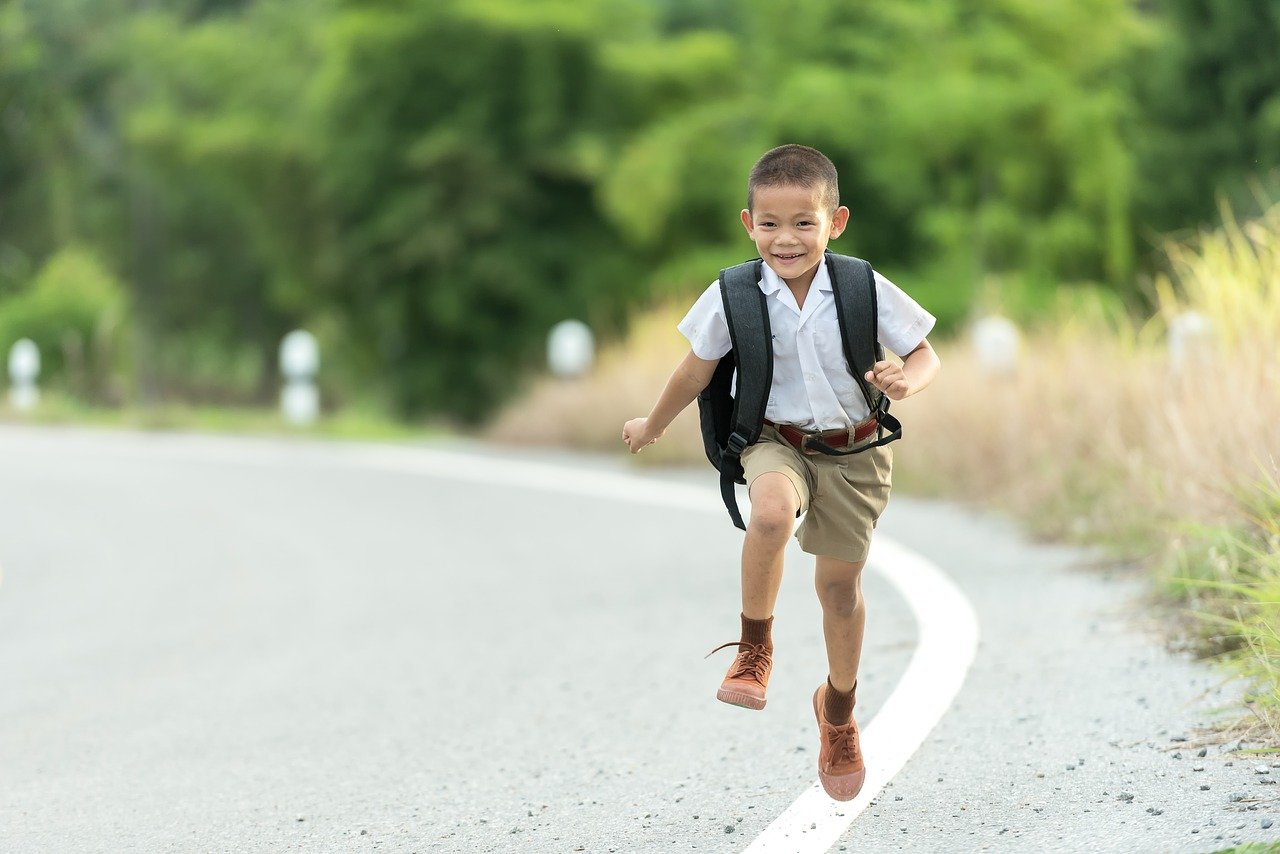 One Teacher’s Guide To Teaching: Get Out In The World

I taught in public and private schools for 37 years and here’s what I learned.  I was inspired to teach by great teachers.  I wanted to teach high school social studies, but when I was finally ready to do so, the baby boom crashed, schools closed, and I taught largely in middle schools where turnover was high.

Middle schoolers were the best students, I found.  They have no hidden agendas, are bright, enthusiastic, and funny.  One can’t ask for more.  I taught science, composition, reading, but not social studies.  Having read the social-studies textbook, I determined to do better.  So, I taught history instead.  There is a difference.

I think I taught well.  As evidence I offer the fact that I resigned from each of the four schools at which I taught when administrators asked me to be dishonest or stupid.  I enjoyed my students and they apparently enjoyed me.  I got them to take on challenges I could scarcely have imagined possible.

I also lived through four episodes of educational reform.  The first had to do with goals-oriented education.  The second with making education enjoyable and relevant to students.  The third with gearing teaching to testing outcomes and using white boards. The fourth was just making students happy.  The fourth goal seems obvious, even tame, but it was not.  Learning is hard work; somehow students must be convinced, cajoled, even connived into doing it.  It is a great con, like Zen.

I grew up going to good, well-supported public schools in Edmonds School District #15.  My greatest teacher ever, Ralph Wigington, taught English composition.  We became good friends until he died early, at 64.  I still miss him.  At the U of W, I was lucky and fortunate to take 15 hours of English Constitutional History and 10 hours of graduate classes from Giovanni Costigan, a legendary professor.

I started teaching at McMurray Intermediate School on Vashon Island. After three years I switched to the Forest Ridge Academy of the Sacred Heart in Bellevue, teaching middle and high school. I made the shift because, paradoxically, the school offered intellectual freedom. I could teach evolution, epistemology and existentialism and have students read “Catcher in the Rye” and Camus. After 12 years I moved to St. Catherine’s, a parochial school where my kids were.  My 20 years there were the best.

Then it was on to Matteo Ricci College at Seattle University, which asked me to teach a senior history seminar for college credit at Archbishop Murphy High School.  I did that for a year.  Most of the seniors were not as much fun or interested as middle schoolers, but I got them to work.  Colleagues felt mistreated by stupid administrators and were weary and wary.  To the old adage “those that can’t do, teach,” I add, “If you can’t teach, go into administration.  If you can’t administer, teach education.”

For education to be worthwhile, it must necessarily be skeptical, even subversive.  This is as true for the sciences as well as humanities.  Are teachers there to vouchsafe received knowledge or help students learn to think?  The great physicist and teacher Richard Feynmen said, “figure out what you want them to learn and the rest will take care of itself.”  What does it mean?  What did I want my students to learn?

In sixth grade history I wanted them to write and read Babylonian cuneiform, just like the Modern Major General, whose song they needed to know as well as Tom Lehrer’s elements song.  Why not?  Then in Hebrew, Greek, and Arabic to hear how the names really sound and know the stories that inform so much of literature.  Did you know that David is Doud in Arabic?  Solomon Schlomo in Hebrew?  Or that the prophet’s name was Yeshua bar Yosaph, not Jesus Christ, and he wasn’t born on Dec. 25 but April 17, his remembered birthday, the apex of his spectacular Greek horoscope,  the time when shepherds are out with the ewes as they birth their lambs. Also, Miriam (Mary) spoke in tongues, had many children (according to Matthew), was a prime mover in the Jerusalem Church and likely source of the Q Document.

In science I had 7th graders carry out simple experiments in motion so they could, in their own words, come up with Newton’s first and second laws of motion.  They did.  The Third Law was somewhat more difficult, but they did that, too.  In 8th grade chemistry, a lab starting in September and ending in May, students calculated molarity, diagrammed reactions, measured mousetrap car wattage and the mass of an electron.  Experiments often set off the school fire alarm, but these students did well enough to get into lab sciences freshman year. Greatest memory: when a young woman asked, “Can we do this algebraically instead of arithmetically?” In class it is just you and them and the work.

History?  Learn how to kill each other (a lab on evolution and engrams), the Indo-European origin of lawns, chip basalt and obsidian to make wooden tools that worked, then semiotics—ads and editorial cartoons by decade from 1875 to 2015—lots of fun.  When students asked why they had to learn this, I assured them that they did not, but that this conversation was better had with parents.

Best memory: students asking to stay in from recess to finish essay tests.  Worst memory, being told by the person who replaced the best principal I ever had that I had to teach from the book—easier to measure outcomes on standardized tests—I kid you not.  I resigned.

We did all this; how could we not?  Teaching is like laying track in front of a speeding express train.  The students were raring to go, and more to the point, it was SO much fun!!  Best memory: when students were told they could not go out to play in the rare snowfall because of liability issues—except in a snow lab to measure mass, velocity, and energy of snowballs thrown at teacher.  Worst memory: grading.

I would like to write a book about teaching Washington State history.  I used to give workshops to its teachers.  The standard complaint:  there were no good texts.  So, step outside the classroom.  Guess where you are?  Start with that.  Dig a little, a lot.

Yes, teaching is hard work, but they pay you for it, not well perhaps, but then why are you cashing the checks?  It’s all around you; figure it out.  Do the work.  Read, walk. Think!

So, what do we want students to know?  I wanted them to be able to think on their feet, understand a little about how the universe works, value numbers and their manipulation; to read for understanding and experience really good writing, weigh evidence and begin to understand what it means to be human.  Do I want “excellence” in education?  Competence is far better.  Excellence in education is a self-congratulatory trap.

Education reform?  Let teachers do these things, but make sure they know how.  To know how, they will have had to live.  How do you live going to schools for most of life?  The best education involves use of hands.

The best physics is bench physics.  Chemistry measures how pure substances react.  You want them to know what happens when the atom was split?  Have them split one, really.  The set-up fits on a small table, but you need to know how it works.  It IS rocket science but fun, and 8th graders can do it.  Think what high schoolers could do if they were challenged.

Do I want them to become history buffs?  God Forbid!  It is frightening to hear  people say they love history.  History is horrible and heart breaking.  Two sentences suffice: Simon de Montfort during the crusade against Albigensians: “Kill them all; God will know his own.”  And Swedish statesman Axel Oxenstierna, “Do you not know, my son, with what little wisdom the world is governed?” Unless you pierce the veil of received history, you will not know.  But once you know, you can never go back.  It is a dirty business.

Experience trumps prose.  By knowing how to count the sand grains on all of Puget Sound’s beaches, we may just be able to survive our folly.  Education Reform?  Teach what you know and how you know it.  Get their attention; challenge minds; open hearts.  Trust me, they are eager, and it can be done.