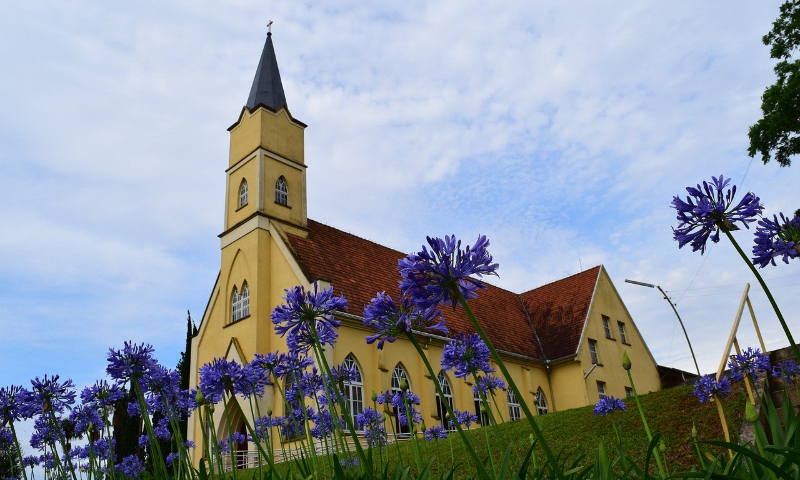 Ross Douthat, whose work I admire, recently wrote in his New York Times column about what may be emerging as the inheritor and successor of the Protestant mainline religious tradition — post-Protestant Progressives. Also known as the Social Justice movement.

The sub-headline on Douthat’s column is an eye-catcher, “Welcome to the post-Protestant Reformation.” (In my experience, a columnist’s headlines are not written by columnists themselves, so that banner may be more the work of a NYT headline writer, trying to snag readers, than of Douthat himself. If so, it works.)

Douthat does say that he may have underestimated this wing of the old Protestant mainline when he wrote his 2012 book, Bad Religion, where he surveyed the American religious/spiritual landscape. In that book, he argued that the problem in America was not the loss or atrophy of religion, but that we had too much of it. Religion and spirituality were everywhere and much of it was short on substance and often crass. Here’s Douthat noting his possible underestimation of post-Protestant progressivism:

But I may have underestimated a different religious tribe — the direct heirs of the Protestant Mainline, the “post-Protestant” subjects of Joseph Bottum’s “An Anxious Age: The Post-Protestant Ethic and the Spirit of America,” a book I commend to anyone interested in understanding what is happening to liberalism right now.

In his 2014 book, Bottum argued that today’s social justice warriors are direct descendants of the Protestant Social Gospel movement of the late nineteenth-early twentieth century. Now, in the wake of the new reckoning on racial justice, they are taking the lead and bidding to replace other religious groups and movements that have tried to fill the vacuum left by the collapse of Protestant mainline tradition, most recently the Catholic/Evangelical alliance that was “the Religious Right” of the Reagan-Bush era.

Besides linking the current progressives to their social gospel forebears, Bottum makes a further interesting point about the progressives. They are less an elite or part of the elite, as in part of the power brokers on the town green, and more an elect. That is they don’t hold power in traditional ways. As an elect, what they offer is purity — the purity an uncompromising moral vision. Of course, some version of “the elect” has a long history in American religion: think “Puritans,” “Latter Day Saints,” and many more.

Douthat offers an assessment of the chances of this post-Protestant progressive movement’s chances of success (and failure).

If they succeed where the religious right failed, it will be because post-Protestantism enjoys an intimate relationship with the American establishment rather than representing an insurgency of outsider groups, because centrist failures and Trumpian moral squalor removed rivals from its path, and because its moral message is better suited to what younger Americans already believe.

In other words, there is a vacuum to be filled. I’m not quite sure what Douthat means by an “intimate relationship with the American establishment.” So far as I can tell, the “intimate relationship” is limited to the ties between progressives and academic culture. That said, failure is also possible, as Douthat notes, continuing:

If they fail, it will probably be because of three weaknesses: the absence of a convincing metaphysics to ground post-Protestantism’s zealous moralism; the difficulty of drawing coherence out of its multiplicity of causes; and the absence of institutional embodiments that make for deep loyalty and intergenerational transmission.

My guess right now is that these problems will be fatal in the long run — that post-Protestantism will burn brighter than the religious right as a moralistic flame within the liberal order, but then pretty rapidly burn out. But whether that guess is right, or whether the last 50 years were just an interregnum between two very different forms of Protestant establishment — well, as to that, God knows.

My own critique of the religious left has highlighted the first and third points made by Douthat: the lack of metaphysical grounding resulting in the winnowing of the faith to morality alone, and the limited capacity of this movement to inhabit existing institutions or to create new ones.

I wish Douthat had cited more by-name examples of post-Protestant progressives, that is, leaders and illustrations. Who are the “they” of which he speaks? I can think of some examples. But I also think a fair amount of current progressivism is not religious and doesn’t wish to be. It may even be hostile to religion. So, on that score, I’m not convinced.

It also seems unlikely to me that any one religious movement or impulse will become dominant in America in the future in the way that mainline Protestantism was for so long. I would imagine a more diverse, or if you prefer, fragmented, landscape to continue, although that does not rule out a much stronger progressive presence.

Douthat is trading in generalization, which is both a strength and weakness of such analysis. But something is stirring. His discussion adds to the conversation in what is a pivotal time in a changing America.

Anthony B. Robinsonhttps://www.anthonybrobinson.com/
Tony is a writer, teacher, speaker and ordained minister (United Church of Christ). He served as Senior Minister of Seattle’s Plymouth Congregational Church for fourteen years. His newest book is Useful Wisdom: Letters to Young (and not so young) Ministers. He divides his time between Seattle and a cabin in Wallowa County of northeastern Oregon. If you’d like to know more or receive his regular blogs in your email, go to his site listed above to sign-up.
Previous article
Durkan Approval Slips: Does She Still Have A Base?
Next article
COVID Casualties: Another Northwest Institution Says Goodbye