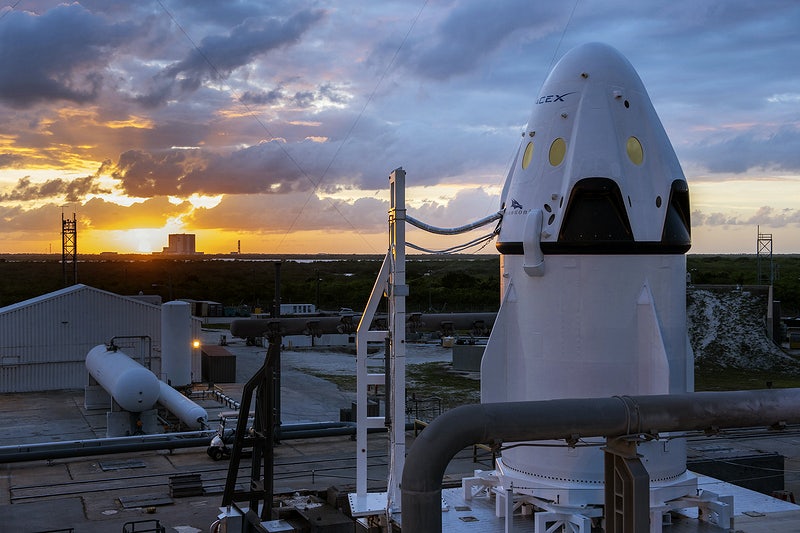 Set to Soar: This Week in Space

It’s been a long time since Americans, regardless of their politics, color or creed had a reason to celebrate as a nation and cheer for its heroes. On the eve of our return to space, in an ultra-modern craft designed and built by a disruptive American entrepreneur, manned by two astronauts who are not only best buddies but are both married to women astronauts who’ve walked in space themselves, the Millennial Falcon will lift off the Florida launch pad whose history includes its share of disasters as well as triumphs.

As I write this, the launch is expected to be a huge success, even by rival Boeing, which built the International Space Station that’s the Falcon’s destination; the company’s own test of a new rocket failed miserably last year. Boeing has pledged to pay the cost of retesting, even as it is beset by graver problems with the troubled 737Max and the prospect of an expensive race with Airbus for the next generation of commercial airplanes.

We are all rooting for the success of the launch — if anything mobilizes the national spirit, it’s a rocket on its way to space. And certainly we need something to celebrate. But if one thing is predictable about this endeavor, it’s that if it all goes as planned, the President will take all the credit, and if it doesn’t, he’ll look for someone to blame.

Jane Adams
"Jane Adams PhD was a founding editor of the Seattle Weekly. Among her twelve books is Seattle Green, a novel . She is a contributing editor at Psychology Today, and coaches parents of adult children."
Previous article
Elsewhere: The Store-Fronted Home – Rediscovering an Old Idea
Next article
Climate Politics: At Last Some Reasons to Hope