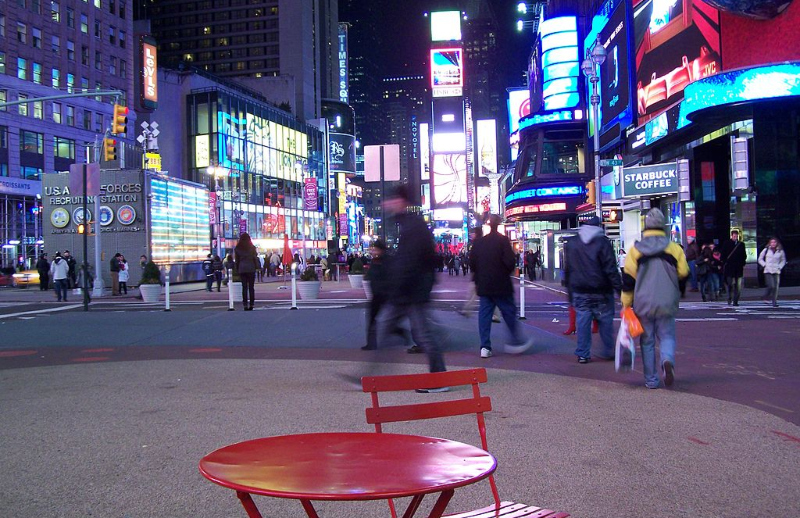 Take Back the Streets: Remaking Seattle As ‘The Outdoors City’

There’s an idea catching on in several cities that ought to be imported quickly to Seattle: help save restaurants by opening up outdoor spaces on sidewalks and streets, at least this summer. And why stop there? If Oakland is a leader in this fresh-air cure for the pandemic, what’s Seattle waiting for?

It appears to be a national trend, back to the plein-air and spilling café culture into car-starved streets. USA Today reports, “As the U.S. reopens and summer approaches, cities from Tampa, Florida, to Las Vegas to Portland, Maine, are opening sidewalks and closing streets to create large al fresco or plein air dining rooms. They hope this nod to the bustling cafe culture of Paris and Rome will help Americans feel comfortable eating out again and help restaurants begin to recover from staggering losses.”

Perhaps the most dramatic move is at that culinary mecca, Berkeley, which is going to open many streets and plazas in a dramatic effort to rescue its restaurants. Berkeley Mayor Jesse Arreguín told Eater of San Francisco “that the plan was inspired by news coverage of the Lithuanian capital of Vilnius, which announced last month that it would turn its plazas, streets, and squares into ‘a vast open-air café’ to allow its bars and restaurants to serve patrons during the coronavirus crisis.” The politicians are fast-tracking the plan, owing to the desperation of the restaurants and the arrival of summer.

I floated this idea to Bob Donegan, who runs Ivar’s and Kidd Valley restaurants, and he’s already seeing the al fresco fix at his restaurants. Take the Mukilteo Ivar’s, right by the ferry landing. The other day, Donegan reports, that outlet (closed indoors) served 859 entrees (about double the usual count) as people purchased meals at the take-out window and went to the nearby beach or Lighthouse Park to dine in fresh air. Take-out has taken off for the Ivar’s chain, which Donegan says went from 44% of normal revenue in the first week of March to 121% last week.

I next talked about the idea my friend Katherine Anderson, who runs the smart London Plane restaurant on Occidental Ave. S. in Pioneer Square, a lovely, carless, tree-shaded block. Anderson had envisioned her restaurant/bakery/flower shop as spilling out into the street, only to find restrictions on table space that now make little sense. “Of course the real limiting factor is the weather,” she wrote me, “but they find ways around this in Paris.” London Plane, like some other places, will soon reopen as a combined take-out and grocery concept (another bright idea for saving restaurants), with handy tables in the adjoining Occidental Park. Someone ought to build a retractable canopy for London Plane, and off we would go.

Restaurants are reinventing themselves in this way, knowing that eating outdoors is healthier for resisting transmission of the coronavirus (watch out for windy days, though). Might Seattle reinvent itself broadly as an outdoors city, despite the mild and rainy winters?

And on and on: Bandstands, including on beaches. Allowing more general access to golf courses, such as Tavern on the Green-style indoor/outdoor restaurants. Boat-in performances. Beergardens. As in Scotland, allowing some public walking access across private land, what is called in Europe “roaming rights.” Building offshore boardwalks as in the Arboretum. More dog runs. A Seattle shade garden at Freeway Park. Kennedy Center in D.C. is planning for music performances with players behind glass and audiences outdoors: so try this at Seattle Center.

Two things need to happen for this to be a broad example of omelet-making. One is development of the technology of semi-shelter: canopies, tents, heating devices, ready storage and securing of tables and chairs. A quick trip to Paris would find many examples of how that Seattle-like climate manages to stay in fresh surroundings all year. The other restraint is governmental, such as all the protections from commercialization in our parks, the car-culture resistance to spreading tables to parking strips.

I would advise a fruitful visit not just to Paris but also to the roots of Seattle’s city-building, when it hired the Olmsted firm from the Boston suburbs to lay out a linked system of curvy, naturalistic roads and boulevards. The plan was to created a series of woodsy, serpentine-y roadways that evoked nature and suddenly opened out to views of lakes and mountains. A green city. The plans were only partly finished, so why not finish the job and create some new loops (such as around Lake Union)?

If you look at the history of past plagues, they often result in fresh thinking about urbanism. A 17th century plague in London led to the creating of a sewer system. Elsewhere: more street cleaning in Philadelphia, fresh water to Manhattan, more public squares in Athens, more bike lanes in Budapest. Pandemics create an urgency opportunity, a call to unifying ideas to make urbanism safer and more attractive.

The al fresco fix would help us get through the pandemic. And, after that is cured, if it is, we’d discover a whole new way of thinking about, and enjoying Seattle, “the outdoors city.”

David Brewster
David Brewster, a founding member of Post Alley, has a long career in publishing, having founded Seattle Weekly, Sasquatch Books, and Crosscut.com. His civic ventures have been Town Hall Seattle and FolioSeattle.
Previous article
Early Handicapping 2020 Washington State Elections
Next article
Godden on West Seattle: Bring Back the Mosquito Fleet? (and other news)