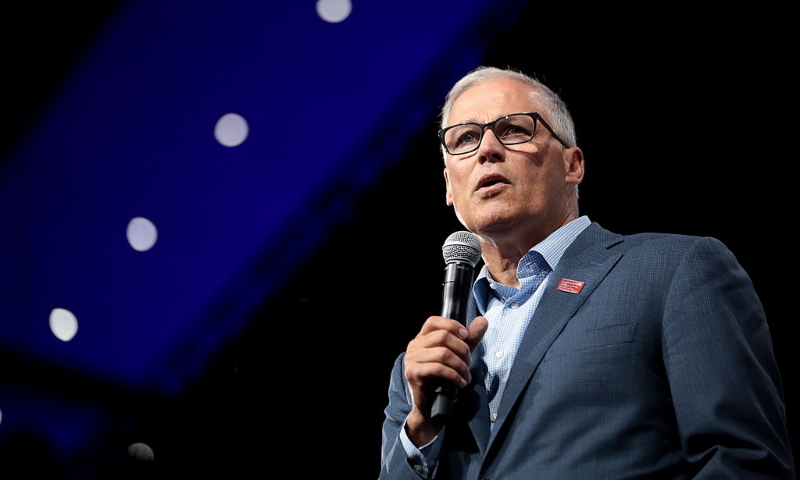 Candidates can kick off their campaigns whenever they want, but until you file the official forms with your county or the Secretary of State, you are not on the ballot.  That filing period has now passed.  Now we know who is actually running in 2020, so we can take a real look at handicapping individual races and the overall partisan contest.

The following prognostications are based on past election results, polling, campaign finance data, and conversations with consultants working on campaigns in Washington state.  No surprise but all the data indicates the 2020 election will firm up our new party system in Washington:  one party Democratic dominance.

Until very recently the King County suburbs were the state’s main battleground.  Now the swing districts are in Pierce, Mason, Clark, Cowlitz, Skagit, Island, and Whatcom counties.  There are ZERO competitive partisan races in King County this year.

Republicans have not elected a governor since John Spellman won in 1980, but they have run serious candidates, and they have come close.  Dino Rossi was twice declared the winner in 2004 before losing on the third recount.  Rob McKenna came close in 2012. And four years ago, Bill Bryant raised $4 million and got over 45% of the vote.  This, year, however, there is no realistic chance that Democrat Jay Inslee will not be comfortably reelected.

The huge partisan advantage the Democrats enjoy in Washington, combined with Donald Trump’s anemic approval ratings here create an atmosphere that even the strongest Republican candidate could not overcome.  And the Republicans running for Governor this year are not the strongest candidates the party has produced. State Senator Phil Fortunato, Republic Police Chief Loren Culp, and former Bothell Mayor Joshua Freed are not well known statewide.  The other Republican candidate, Tim Eyman, is well known, but he is … Tim Eyman.

At this point four years ago, Bill Bryant had raised $1.5 million and had $600,000 cash on hand.  None of this year’s Republicans have raised even a third of those numbers.  And finally, despite a few loud protestors – including all the Rs running for governor – the overwhelming majority of Washingtonians support Gov. Inslee’s actions during the pandemic.

There are 37 people (!) running for Governor, but there is no real drama at the top of the ticket this year.  The governor’s race is Safe Democrat.

Democrat State Representative Gael Tarleton (Seattle) is a strong opponent for Republican Secretary of State, Kim Wyman.  Tarleton benefits from the overall partisan atmosphere, but Wyman won comfortably in 2016, and Republicans have a weird historical ability to win this office.  Lean Republican

Democratic State Rep. Mike Pelliciotti (Federal Way) is one on one with Republican Treasurer Duane Davidson.  Davidson, running for his first reelection, does not have the hold on this office in the same way Wyman has on hers and he is unlikely to survive the blue wave.  Likely Democrat

Lt. Governor Cyrus Habib’s stunning decision to leave politics to become a Jesuit priest has created a crowded open-seat race.  Democrat State Sen. Marko Liias is a good candidate, but Democratic Congressman Denny Heck has already raised nearly $500,000 and is the odds-on favorite.  Either way this race is Safe Democrat.

US House of Representatives

There is one interesting race for Congress in Washington this year.  In southwest Washington’s 3rd district Democrat Carolyn Long is once again challenging Republican Jamie Herrera Beutler.  Long lost to Herrera Beutler by six points two years ago, and Trump won this district in 2016, so the race Leans Republican, but this one is worth watching.

The 10th district (Olympia to Puyallup) is an open-seat race because Denny Heck chose to retire and then to run for Lt. Governor. Nineteen people have filed, including five serious Democrats, State Reps., Beth Doglio and Kristine Reeves, former Tacoma Mayor Marilyn Strickland, and party activists Phil Gardner and Josh Collins. One of those Ds will be going to Congress next year.  Safe Democrat

Our state’s other eight congressional incumbents, six Ds and 2 Rs, are all Safe.

Democrats have 29-20 majority in the Senate.  That majority can only grow this election because there are only four competitive Senate seats in play, and they are all held by Republicans.

10th LD (Island and Skagit counties) Republican Senator Barbara Bailey retired.  Fire District Commissioner Ron Muzzall was appointed to replace her, and he now faces Democratic Island County Commissioner Helen Johnson.  Hillary Clinton won this district by a narrow margin.  Both House races were close in 2018.  This will be a donnybrook.  For now, call it a Toss Up.

17th district (Suburban Clark county) Democrats have not broken through in the Portland suburbs yet, but they have come close.  The Rs nearly lost a House seat here two years ago.  Now Republican Senator Linda Wilson has drawn a serious Democratic opponent in Daniel Smith.  Lean Republican

25th district (Puyallup and Sumner) Republican Senator Hans Zeiger is leaving the Senate to run for the Pierce County Council.  GOP Rep. Chris Gildon is running to replace him and will face Puyallup Mayor Julie Door.  Trump barely won this district, and Republicans barely held on to the two House seats in 2018.  Lean Republican

28th district (Lakewood and University Place) This race is all about the district. The 28th has been very competitive for a long time but is now tilting heavily to the Ds.  Trump lost here by a wide margin, and a House Republican incumbent lost by six points in 2018.  Republican Senator Steve O’Ban has won several tough races, and he has already raised over $300,000.  But Democratic school board member Twina Noble is a good candidate, and, most importantly, she is a Democrat in what is now a Democratic district.  Lean Democratic.

The bottom line is the Democrats will control the House next year.  50 seats make a majority, and there are 53 races where Ds are safe, as opposed to only 29 safe Republican seats.  That leaves 16 competitive House seats. Of those 16 seats, 12 are held by Republicans.  Can Democrats increase their current 58-40 advantage?

10th LD (Island and Skagit counties)  More money will probably be spent here than anywhere else in the state.  Democrat David Paul won by less than 700 votes in 2018, and the other seat is open.  Call both seats here Toss Ups.

19th district (Cowlitz county and the coastal counties) This is the one formerly Democratic area that has been trending Republican because of Trump’s appeal to white, working class voters.  Republican Rep. Jim Walsh won a seat here in 2016 and held onto it in 2018 by less than 500 votes.  His race is a Toss up. The other seat is held by Democrat Brian Blake.  His race currently is Likely Democratic.

25th district (Puyallup and Sumner).  One seat is open because Rep. Gildon is running for the Senate.  The other is held by a Republican, Kelly Chambers, who barely won last time.  Both seats are toss ups.

28th district (Lakewood and University Place) There is a Democratic seat open here due to retirement. It seems unlikely that the GOP can take back a seat in the 28th, but for now call it Likely D.

42nd district (Whatcom county, other than Bellingham) This district has become hyper competitive.  Republican Luanne Van Werven, and Democrat Sharon Shewmake both won by razor thin margins in 2018.  Both seats are Toss Ups.

Chris Vance
Former Washington State Republican lawmaker and State Party Chairman. Republican nominee for the US Senate in 2016. Now an independent.
Previous article
Coming Up: Live Zoomcast with Mort Kondracke And David Domke on Election 2020
Next article
Take Back the Streets: Remaking Seattle As ‘The Outdoors City’