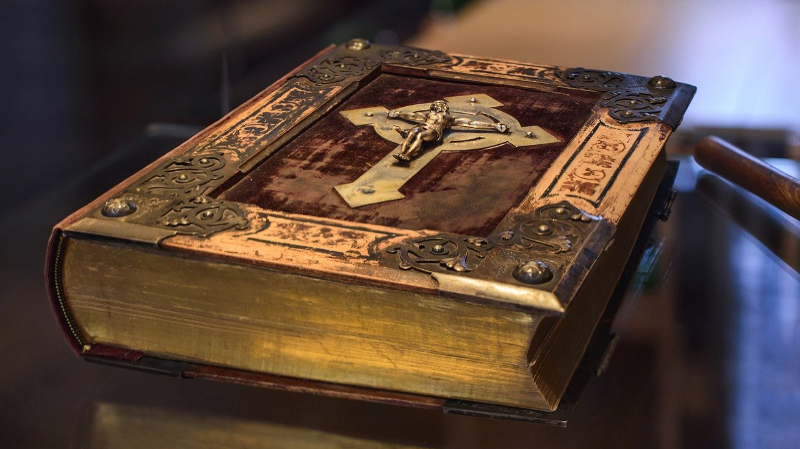 One of my most-read recent posts (to my surprise) was titled “What Happened To Liberal Christianity?” In that essay I quote Huston Smith, who argued that liberal Christianity had devolved into “rallying cries to be good,” morality shorn of a theistic world-view and transcendence.

A recent article in The New York Times, Christianity Gets Weird, is a good follow-on to my story. Of course, for many of my secular friends Christianity was already weird, and not in a good way. But this is a little different. The author of the Times article, Tara Isabella Burton, describes a turn to pre-modern liturgical forms and to an aesthetic found in Orthodox, Anglo-Catholic/Episcopal, and Latin Mass Catholic churches. Here’s Burton:

“More and more young Christians, disillusioned by the political binaries, economic uncertainties and spiritual emptiness that have come to define modern America, are finding solace in a decidedly anti-modern vision of faith. As the coronavirus and the subsequent lockdowns throw the failures of the current social order into stark relief, old forms of religiosity offer a glimpse of the transcendent beyond the present.

“Many of us call ourselves ‘Weird Christians,’ albeit partly in jest. What we have in common is that we see a return to old-school forms of worship as a way of escaping from the crisis of modernity and the liberal-capitalist faith in individualism.

“Weird Christians reject as overly accommodationist those churches, primarily mainline Protestant denominations like Episcopalianism and Lutheranism, that have watered down the stranger and more supernatural elements of the faith (like miracles, say, or the literal resurrection of Jesus Christ). But they reject, too, the fusion of ethno-nationalism, unfettered capitalism, and Republican Party politics that has come to define the modern white evangelical movement.”

This trend or movement isn’t exactly new. It’s been building for a while. You can find evidence of it in Seattle at St. Paul’s Episcopal Church near Seattle Center, a congregation that describes itself as “anglo-catholic,” and is both highly liturgical and hip. In Fremont there is The Abbey, founded by Karen Ward (who herself has gone on to other things). At Quest Church in Ballard, where I worshipped for a time, there is a kind of post-evangelical vibe joined to a more liturgical turn. The Nicene Creed and Holy Communion are, for example, part of every service. And, of course, the Sunday evening Compline service at St. Mark’s Cathedral, with its Gregorian chants, has been a big draw for decades.

I remember reading something along the way where John Updike says he preferred his religion (he was a Lutheran) in the “old stone jars” rather than its more modern packaging. The problem with the relentless attempts to modernize and update Christianity is that it inevitably communicates the sense that faith too is a consumable and that the customer is king. We must constantly be adjusting to whatever it is people want.

There’s no hard substance there to bump up against, nothing that asks us to adjust ourselves to its demands. If you read Burton’s piece, you’ll notice that a part of what the weird Christians are seeking is something that isn’t accommodating itself to modernity, that isn’t watering the faith down, but is demanding, and well, weird.

A big part of it, as well, is the longing for transcendence that Smith complains liberal Christianity has lost as it replaced piety with morality. He quotes Saul Bellow: “It is hard to see how modern man can survive on what he now gets from his conscious life — now that there is a kind of veto against impermissible thoughts, the most impermissible being the notion that man might have a spiritual life he is not conscious of which reaches out for transcendence.”

I am a bit too much of a genetic Congregationalist (spare and simple is our aesthetic) to be drawn to the smells and bells of Anglo-Catholicism or the iconography of Orthodoxy. But I have long been at the task of trying to keep Christianity from being reduced to morality and moralism. My ask of preaching students was, “Theologize before you moralize.” Meaning, ask first of a biblical text what God is doing here. Only later about what we are to do. Less focus on us. More on God, even as we acknowledge that God is beyond our comprehension and remains always Other.

The Canadian theologian, Douglas John Hall, likes to contrast modern and pre-modern uses of the word “understand” in a way I find instructive. For moderns, to understand something is to take it apart, to explain it, to master it. For pre-moderns the idea was more literal. It meant “standing beneath” a thing from which vantage point you never saw it entire or complete. Moreover, “standing beneath” entailed a certain humility, in contrast to modernity’s mastery.

Religion in the modern era has often forgotten this more modest stance. In doing so we’ve lost the mystery, the beauty, the power of the wholly Other. Worship became less a matter of being in God’s mysterious presence and more a matter of getting our marching orders or being entertained.

In my view, Christianity has always been pretty weird. I’ve liked the gloss on the line from the Gospel of John attributed to Flannery O’Connor. “You shall know the truth, and the truth shall make you odd.”

Anthony B. Robinsonhttps://www.anthonybrobinson.com/
Tony is a writer, teacher, speaker and ordained minister (United Church of Christ). He served as Senior Minister of Seattle’s Plymouth Congregational Church for fourteen years. His newest book is Useful Wisdom: Letters to Young (and not so young) Ministers. He divides his time between Seattle and a cabin in Wallowa County of northeastern Oregon. If you’d like to know more or receive his regular blogs in your email, go to his site listed above to sign-up.
Previous article
Will The New Progressive Seattle City Council Find Its Footing And Govern?
Next article
Risk Versus Benefit: The Threat To Urbanism