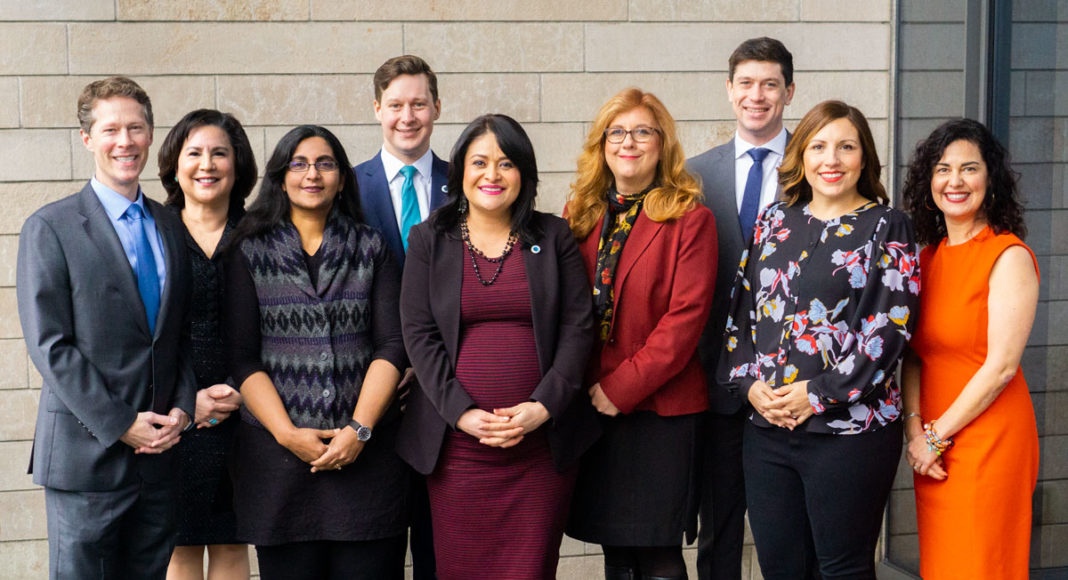 Will The New Progressive Seattle City Council Find Its Footing And Govern?

The Seattle City Council may not be meeting in public and its members are apparently unable (due to Gov. Inslee’s temporary restrictions) to pass significant legislation. Yet important tidal shifts are going on as the new progressive majority of the council finds its footing. What follows are my readings of the tea leaves.

Once the effort last fall to elect a more pragmatic city council fizzled, largely due to Amazon’s dumb last-minute infusion of $1 million in the races (which made the election about Amazon, not about the excesses of Councilmember Kshama Sawant), the new council, stocked with progressives, has quickly divided up into three blocs of the nine-member council. At the far left are Sawant and newly elected Tammy Morales. At the opposite end, pragmatic progressives, are Debora Juarez (from the suburbanized North End) and newly elected Alex Pedersen (from Laurelhurst/University District.) That leaves five members in the left-leaning majority (Lorena Gonzalez, the council president, Teresa Mosqueda, Dan Strauss, Lisa Herbold, and Andrew Lewis).

The Five have the votes, but the question is whether they have cohesion and leadership, and also how well they will get along with Mayor Jenny Durkan. Another big factor is how the pandemic will shift The Five from the high-spending promises of the campaign to the urgent business of budget cuts and job-creation.

One significant signal came last week when the council, led by president Gonzalez, decided to cut off talk about a large new business tax. The convenient pretext for that moratorium was the Inslee ban on significant non-covid legislation. That temporary measure was put in place to protect the public’s right to information and public testimony, jeopardized by the pandemic’s distancing requirements. The move effectively rebuked and isolated the Sawant bloc. It gave The Five a deft way of getting rid of Sawant’s huge tax without having to vote against it. Score one for The Five.

Teresa Mosqueda, the ex-labor activist, quickly tried to fill the void by shopping around her alternative to the Sawant tax, and this alternative is likely to come back once the ban on significant legislation is lifted. Mosqueda’s office declined to respond, so my version of her proposal, coming from those who saw it a week ago, may have changed and almost certainly will change as she tries to find a majority. It’s a payroll tax of 0.7% on those earning more than $150,000 and working for larger companies. There’s a top tier for companies worth more than $1 billion (only Amazon complies) that bumps the rate to 2.3%. The tax would raise an estimated $200 million per year, largely directed to homeless services and low income housing. (Sawant’s bigger tax, which died without a vote, would raise $500 million per year.)

Mosqueda’s proposal is sometimes described as having an emergency clause, which would exempt it from a referendum. To pass it with an emergency clause requires seven votes and the Mayor must also concur. Mayor Durkan stoutly opposed the Sawant “Amazon Tax” but is usually interested in crafting compromise legislation. Whether a miffed Sawant and Morales would join The Five is another unknown.

The Mosqueda proposal, originally floated as a less inflammatory tax, has some real liabilities. First is passing a “tax on jobs” in the midst of a huge downturn in the local economy. Second is making housing and homeless issues such a priority at this time. Third is the targeting of Amazon, likely to provoke a referendum. Fourth is the logistical difficulty of assessing and collecting such a tax. Fifth is the Seattle-only nature of the tax, an incentive for companies to call up their Eastside real estate brokers.

The timing couldn’t be worse. On the other hand, the timing for signaling to the leftists who elected this new council, is ideal. Likely outcome: lots of signaling and rhetoric, but no tax passed.

Meanwhile, what about that county-wide tax that the recent session of the Legislature considered? Might that come back to life in a special session this summer? This bill, also a high-earner payroll tax, was captained by Seattle Rep. Nicole Macri. It never came to a vote, and was a fragile coalition. It would have established a more moderate yield of about $100 million for Seattle, was county-wide (hence not an incentive to relocate), and was backed by labor and several large corporations.

It’s likely, however, that the moment has passed for this proposal, and once again the reason is Sawant. At the time this winter when labor and some leading corporations (including Microsoft, Amazon, Starbucks, and Expedia) promoted the Macri proposal, they were primarily interested in fending off a likely Sawant-led initiative to pass a much more onerous measure. They only supported the payroll tax if it would have precluded Seattle and Sawant from passing an additional levy. The leverage for such a bill has faded for several reasons. How would Sawant and her troops pass such an initiative when social spacing precludes getting signatures? How likely is a stiff anti-business measure in these job-desperate times? And then there is the message from the way the city council deep-sixed Sawant’s proposal last week.

It may be that the Olympia proposal can rise from its grave, conceivably by spreading the tax authorization to other large counties in sudden need of replacement revenue. But as one key advocate of the Olympia measure now concedes, the earlier effort was a “one-time-only” opportunity.

Meanwhile, back at the Seattle City Council, other approaches to deal with the unfinished business of getting enough tax revenue to deal with housing issues may also surface. Gonzalez (who also declined to respond to my inquiry) is said to be toying with the notion of a flat-rate income tax, now that a recent court ruling would allow Seattle to pass such a measure (but not a graduated income tax). Such a tax could be made slightly more progressive by the addition of protections for low-income taxpayers, such as an earned income tax credit. But the breadth of such a tax (not just aimed at the wealthy) probably makes it a non-starter for voters in a bitter economy. (And did I mention the West Seattle bridge?)

Finally, there is the overriding question of city council cohesion and leadership. Four of the nine councilmembers are new to the job. Most were elected on a very progressive, big-spending agenda that will be a hard sell in a depression and with a depleted city treasury. Rivalries on the council may have marginalized Sawant and Morales, but both Gonzalez and Mosqueda are said to be interested in running for mayor in 2021. Mayor Durkan now lacks steady allies on the council.

Most important, a hurricane has arrived — coronavirus, depression, decayed bridges, Trump — blowing away the old order. The big question for the city is whether the new progressive majority can find a new agenda and the coherence actually to govern.