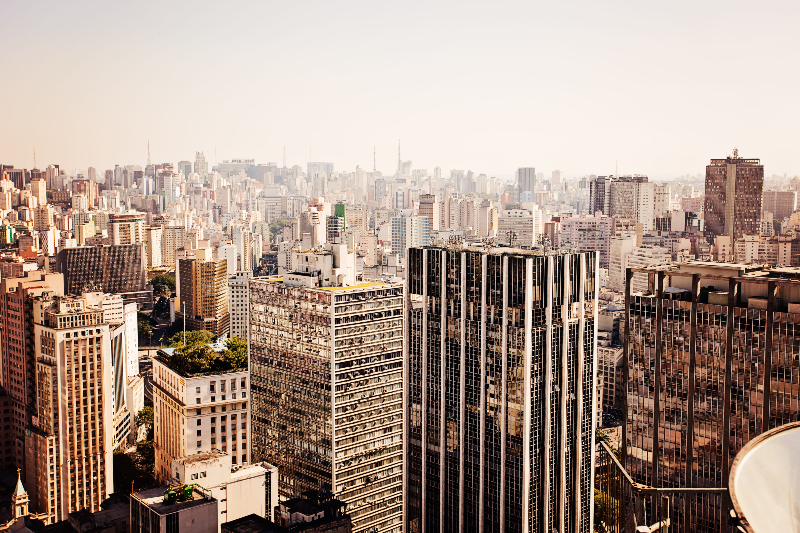 Risk Versus Benefit: The Threat To Urbanism

Urbanism is in trouble. Maybe a whole lot of trouble, but certainly enough to compel some deep and challenging thinking on the part of its many advocates. So far we have heard a degree of defensiveness—“cities are not to blame for the spread of coronavirus”—and a sense that the long arc of history will resume its course and the urbanist vision will prevail.

It won’t be that easy. Urbanism is about choices, not inevitability, and the context of those choices has changed radically.

The success of urbanism since the 1990s has its roots in striking improvements in safety through crime reduction. The grim Taxi Driver era of the 1970s gave way to the family-friendly streets of Manhattan. Now we face a real threat to the perception of safety that could reverse the gains that urbanism has made, gains that are fragile and impermanent. And we are running against the clock as businesses and institutions collapse around us.

The consequences of a retreat from urbanism are aesthetic and environmental, but also economic. Cities are just more productive than smaller places. Agglomeration economics is about the depth of labor markets and the daily casual interactions that happen in busy places: ideas and knowledge spread around water coolers, coffee shops and food truck lines. Over a century ago, Alfred Marshall famously declared that industry knowledge is “in the air.” But if the air is dangerous, knowledge ceases to be shared as efficiently.

Harvard urban economist Ed Glaeser defines cities as “the absence of physical space between people and firms.” This abstract definition has real meaning today. Absence of space is the opposite of social distancing: to avoid infection we must move away from the essence of urbanness. Sure, not every dense city has had a major outbreak, and outbreaks have occurred in low density places. But there is no question that the virus is transmitted by proximity, and that is one risk factors that we can control through our own choices of where to live, work and be entertained. Every day the media brings news of more epidemiological uncertainty, so we grab onto anything we can control, like the space around us. Temporary telecommuting leads to a permanent move to a less dense place.

We have come to think of the urbanist vision—high density employment and housing, public transit, emphasis on public spaces and local commerce—as an unalloyed good. It is environmentally and civically responsible, socially and physically healthy. And from its earliest post-war emergence, the alternate package—low density housing and employment, auto dependence, emphasis on private spaces, chain retail—has been derided by critics as boring, enervating and unsustainable. It spews carbon, eats up natural areas, segregates populations and breeds anomie.

Now, most people never bought into this binary, Jane Jacobs versus Revolutionary Road narrative, and suburbs thrived as landscaping grew up around the cul-de-sacs. But for many, the city really did become a more attractive place. Seattle, in particular, has drawn in tens of thousands of residents to its newly dense central neighborhoods. The urbanist vision has definitely been on the rise.

Then comes the plague and the whole picture changes. The things that make cities work, those absences of space, whether between homes or between barstools, become the central concern. The safety risks that kept people out of cities in the past roar back in a different form. They cannot be wished away.

As was noted previously in Post Alley, people tend to view risks and benefits unequally, placing a higher value on avoiding risk than on gaining benefits. How many people will tolerate serious health risks in exchange for a shorter commute, a nicer streetscape and a pleasant stroll to an independent coffee shop? All the talk of the joys of city living is pointless if people don’t feel safe. Accepting the inherent grittiness of cities signals a certain kind of sophistication. Accepting risk of disease does not.

Over time, societies reach equilibria of risks and benefits, as with the widely cited tradeoff between freeway speeds and traffic deaths. It will be years before our society settles into an equilibrium of risk and benefit with respect to infectious disease and urbanism, for the simple reason that we don’t yet know the magnitude of that risk. In the meantime, we need to assume that risk tolerance is low and that the choice architecture of three months ago is permanently changed.

Reengineering cities to make them vibrant, productive and safe, in the face of a dominant atmosphere of fear, will not be easy. Urbanists have their work cut out for them.

Michael Luis
Michael Luis is a public policy consultant who has been wrestling with housing, growth and economic development issues around Washington State for over 30 years. He is author of several books on local history and served as mayor of Medina.
Previous article
Weird Times, ‘Weird Christianity’
Next article
The Italian Model: How We’re Gathering Together As Lockdown Ends