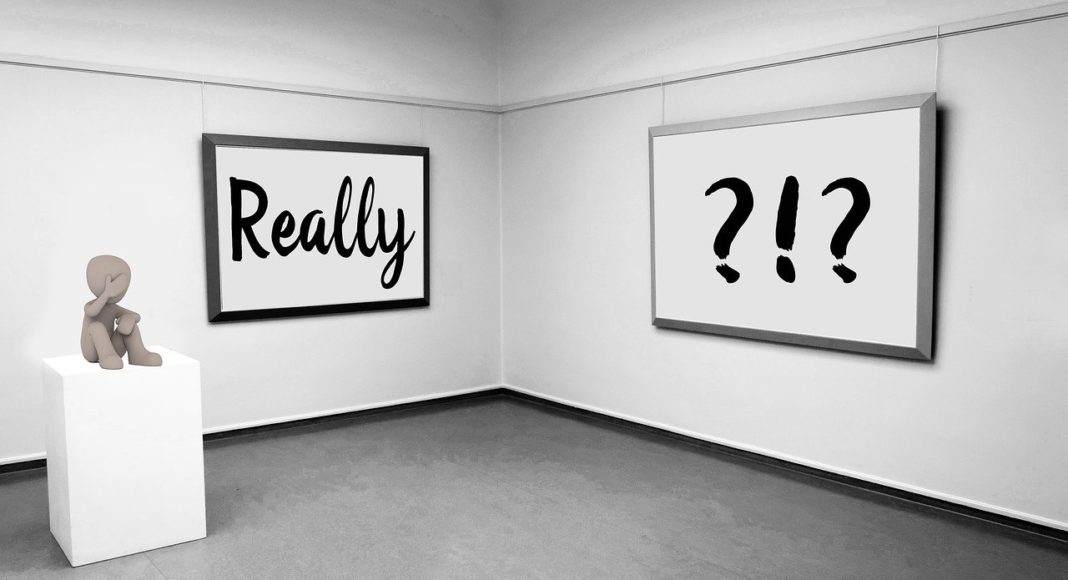 Rapidly diminishing spread of the coronavirus. Success in developing treatments and vaccines. A short, V-shaped recession. Life goes back to the new-ish normal.

The coronavirus continues to spread and returns with a vengeance after a too-soon reopening of activity. Treatments and vaccines prove elusive. We settle into a long, Nike swoosh recession. The pain drags on.

Each of these scenarios is possible and the outcomes they describe are within the range of possibilities being discussed by epidemiologists and economists. Which do we gravitate towards? Are we optimists or pessimists? Optimism is, of course, more pleasant, but it is also far more dangerous: that person next to me in the self-checkout line at QFC could very well be an asymptomatic carrier. Can we only hope for the best and prepare for the worst?

Where death is not on the line, optimism makes sense statistically. While societies have their ups and downs, over time most aspects of the human condition improve more than they deteriorate. But for people in authority, who will be held accountable for their decisions in ambiguous circumstances, optimism is usually not the preferred stance. (This logic has not stopped some high profile world leaders, who seem to feel less of the hot breath of accountability, from embracing the optimistic view as long as they could. To their peril?)

Here are some thoughts comparing optimism versus pessimism in public life.

First, what are the rewards and punishments for being right or wrong? Consider the following:

As the chart makes clear, there is not much social upside in optimism. Daniel Kahneman and Amos Tversky, in their work on behavioral economics, tell us that people place much higher value on the prospects of loss than on gain, and will work harder to prevent bad things than they will to gain good things. It seems we are hard wired to focus on the negative. Pessimists avoid humiliation and, at the same time, enjoy the possibility of the ultimate reward: being the lone voice for sanity amidst the irrational exuberance of the masses. Stay pessimistic long enough and you may have your “Big Short” moment. And even if you keep being wrong, no one will think badly of you.

NYU economist Nouriel “Dr. Doom” Roubini has made a nice career out of pessimism. And he is really having his moment right now: “The best economic outcome that anyone can hope for is a recession deeper than that following the 2008 financial crisis. . . The risk of a new Great Depression, worse than the original — a Greater Depression — is rising by the day.”

The fact is we are in totally uncharted territory and no one, not even Roubini, knows what will happen to the economy in the next year. No econometric models exist that can account for: (a) government mandated drops in aggregate demand; (b) uncertain recovery time horizons; (c) massive and shifting (and politicized) government intervention; (d) an underlying economy that had real strengths but some clear red flags.

Roubini may be right and we will be standing in soup lines in August. Or he may be wrong, and the economy, bruised and battered, will claw its way back to something like normal in relatively short order. If he is right, he is, again, brilliant. If he is wrong? Hey, he got it right before and may get it right again, and in any case, he gives really good quote, so the business press will keep coming back. No downside to being Eeyore.

A second thought comes from the world of advocacy. Armies of people make their living advocating for ideas and interests. They work for advocacy organizations, think tanks, media, and politicians, and they spend their lives trying to get the world interested in their issues. For them, everything must be a crisis. Advocates need to sustain a level of pessimism to justify their continued employment, and whatever progress may be made on their issue, things never really seem to get better enough to terminate their sense of terminal crisis.

In Factfulness, his love letter to global optimism, the late Swedish public health professor Hans Rosling dishes out his frustration with advocates: “Almost every activist I have ever met, whether deliberately or, more likely, unknowingly, exaggerates the problem to which they have dedicated themselves.” Were Rosling alive today, I suspect he would be dismayed at some of the apocalyptic predictions being made by his colleagues in public health.

So, as the health metrics experts at the University of Washington (who will soon move into the Gates Foundation-funded Hans Rosling Center for Population Health at UW) lower their estimates of COVID-19 mortality, and as soldiers pack up the unused field hospital at the Clink, should we permit ourselves some small measure of optimism? Not enough to lower our guard against spreading disease, but maybe enough to imagine that we can take our vacation this summer? Can we freely spend the $1,200 coming our way rather than squirreling it away against Roubini’s Greater Depression? Can we smile behind our masks?

No one wants to look foolish, naive and, in the current circumstances, dangerous. But the optimist in us is struggling to get out.

Michael Luis
Michael Luis is a public policy consultant who has been wrestling with housing, growth and economic development issues around Washington State for over 30 years. He is author of several books on local history and served as mayor of Medina.
Previous article
Thanks, Linda Tripp!
Next article
Italian Diary: Flattened by the Curve