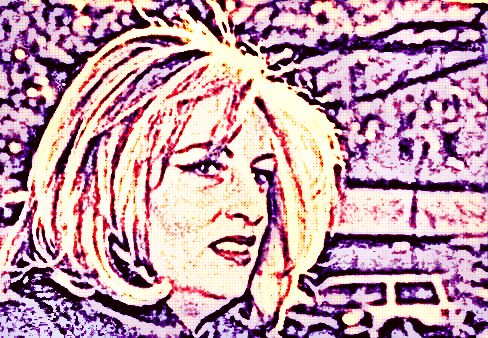 Yes, I owe a thank you to Linda Tripp. And it has nothing to do with how she recorded calls with Monica Lewinsky that helped lead to the impeachment of Bill Clinton.

When I heard of her death at age 70 this week, I recalled interviewing her in 2003 in Middleburg, Virginia, where she had moved after surviving breast cancer. She had reunited with a childhood sweetheart from Germany, and together they had opened one of those year-round Christmas shops. Her life had nothing to do anymore with the politics and intrigue of the nation’s capital some 40 miles away. Her hair had grown back soft and curly and brown after chemo. She didn’t look much like the woman with the helmet of blonde hair whose appearance had been viciously mocked during the impeachment drama in 1998.

We sat together inside a cozy restaurant on Middleburg’s main street. I ordered a diet cola. Never a coffee drinker, it was my go to beverage. Tripp drank tea. I asked her what changes she had made after being treated for cancer. She said she gave up smoking. And she said she gave up diet cola based on the advice of a friend. I looked at my drink, thought about the couple I’d already downed while driving to Middleburg, and decided to quit.

That was it. The last diet cola I ever drank was during that interview with Tripp. She told me she had quit by transitioning to cans of seltzer water. So that’s what I did. I had been trying to cut back, realizing that drinking as much as six or more cans a day couldn’t be a good idea. I needed an extra nudge and got it from Tripp.

I was sorry to hear that the cancer returned and this time she didn’t beat it. I’m glad that her last years were spent in relative peace. She will be remembered in different ways by different people. As she told me in our interview: “People either think I’m a hero or a villain. I’m neither.”

Linda Kramer Jenning
Linda Kramer Jenning is an independent journalist who moved to Bainbridge Island after several decades reporting from Washington, D.C. She taught journalism at Georgetown University and is former Washington editor of Glamour.
Previous article
Revolution or Devolution – The End of America’s Status Quo
Next article
The Calculus Of Optimism/Pessimism