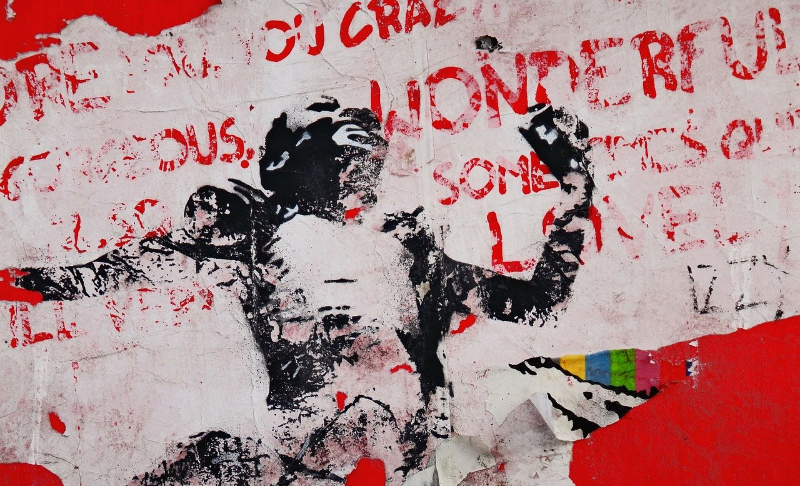 Revolution or Devolution – The End of America’s Status Quo

We know what kind of threat the coronavirus poses to the health of America and the world. We know it will ravage the global economy and unleash widespread financial hardship. We are seeing the social disruption it creates and can discern prospects for much higher levels of disruption in the future.

What we have perhaps not sufficiently contemplated is COVID-19’s capacity to upend the political status quo in America. This kind of scourge often generates political turmoil, and turmoil often unravels the status quo of a society or polity. This is particularly true when the status quo already is under severe strain, as the American status quo has been for years.

What is the American status quo? It is the nation and its perceived global mission crafted after the end of the Cold War by America’s newly emergent meritocratic elite. In international relations, the fundamental tenets of this vision were the intrinsic virtue of America’s “benign” hegemony, globalism, free trade, a commitment to spreading democracy around the world, and an abiding faith in the country’s ability to salve the hurts and wounds of humanity.

In domestic terms, the status quo has been characterized by relatively porous borders, the financialization of the U.S. economy, deindustrialization, anti-nationalism, a liberal political hegemony on social and cultural issues enforced through political correctness, and an oligarchy of bigness–Wall Street’s big finance, Washington’s big government, big corporations throughout the country, big labor representing increasingly well-off public employees, and self-aggrandizing state and local governments.

This status quo is facing increasing hostility from vast numbers of ordinary Americans who feel that the elites and the big institutions they dominale have hijacked the American system for their own exploitation. In his Wall Street Journal column the other day, Walter Russell Mead suggested a good way of assessing the magnitude of this anti-establishment sentiment would be to combine Donald Trump’s political base (about 43 percent of the electorate, by most assessments) with Bernie Sanders’s base (36 percent of Democratic voters in the latest Real Clear Politics poll average; hence, 13 percent of the electorate). That, he said, suggests that fully 55 percent of U.S. voters “now support politicians who openly despise the central assumptions of the political establishment.”

This knot of political hostility stems from the perceived follies perpetrated over the last half-century or so by the meritocratic elite–endless Middle East wars without victory or even much of a point; immigration laxity to the point of serious assimilation challenges; the outsourcing of our industrial capacity to the point where other nations, particularly China, control the distribution of goods and products that are crucial to U.S. military preparedness and citizen safety and health; a student-debt crisis that thwarts upward mobility of the nation’s young; a spree of fiscal irresponsibility that saddles cities and states with irrepressible pension debt while leaving untended massive infrastructure imperatives; and financial disruption throughout Middle America stemming from the hollowing out of the country’s industrial base.

The central reality of American politics today is the gulf between, on one hand, the nation’s elites and their primary constituency groups (minorities, academics, government employees, and well-off urban/suburbanites) and, on the other hand, that 55 percent of the electorate characterized by Walter Russell Mead as being motivated primarily by an abiding hostility to what Mead calls “the self-proclaimed expert class.”

This is an inherently unstable political environment. As Mead points out, “Populism arises when establishment leadership fails.” And we certainly see strong strains of populism in the politics of both Trump and Sanders. While populist sentiments are an inevitable and probably necessary strain of politics in times of voter despair and indignation, they can also generate characteristics of civic meanness and radicalism.

At the same time, the inevitable resolve of the national elites to counter the populist challenge and retain power can spawn irresponsible and even dangerous actions on the part of the powerful. Since Trump’s inauguration, national Democrats have “tried to stop his presidency from functioning,” writes the Wall Street Journal’s Daniel Henninger, who adds that this “irrefutably was the goal of the Russia collusion narrative, its attendant Mueller investigation and then the impeachment.”

These projects “inflamed the normal workings of our politics,” with the president’s adversaries attacking relentlessly and Trump counterattacking in his distinctively ugly style. Henninger paints a picture of a baleful political syndrome in which politicians of both parties know they have entered a poisonous and malign environment but can’t break out of it because it has become addictive. “Every issue,” writes Henninger, “now defaults to the same petty level.”

Thus do we have the current governmental dysfunction in Washington, the passions of deadlock politics, the increasing political bellicosity, the growing desire to not just defeat the opposition but to destroy it. This political environment is not sustainable. When the elites can’t retain the fealty of a popular majority, something has to give.

And now comes the coronavirus global pandemic. It’s difficult to imagine a more disruptive political force converging upon a more vulnerable status quo. We can’t know the full shape of what will emerge from the pandemic chaos–whether economic hard times will inject new vibrancy into  Bernie Sanders’s “democratic socialism”; whether populism will upend the elites; whether the elites will manage to survive the populist assault; whether Trump will survive or fall; whether a leader will emerge to forge out of the chaos some kind of majority coalition.

But we do know that America’s current political status quo isn’t likely to remain intact after the wave of adversity and difficulty that we’re likely to see as the COVID-19 pandemic runs its course through America and the world. The standoff between the elites and the populists wasn’t sustainable as it was, much less so now. 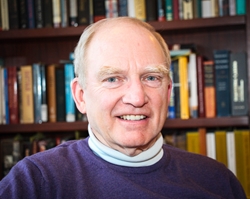 Robert Merry
Robert W. Merry, longtime Washington, D.C., journalist and publishing executive who now lives on Whidbey Island, is the author most recently of President McKinley:Architect of the American Century (Simon & Schuster). This essay first appeared in The American Conservative and is reprinted with permission.
Previous article
When One Headline-Grabbing Scandal at the Pentagon Just Isn’t Enough…
Next article
Thanks, Linda Tripp!