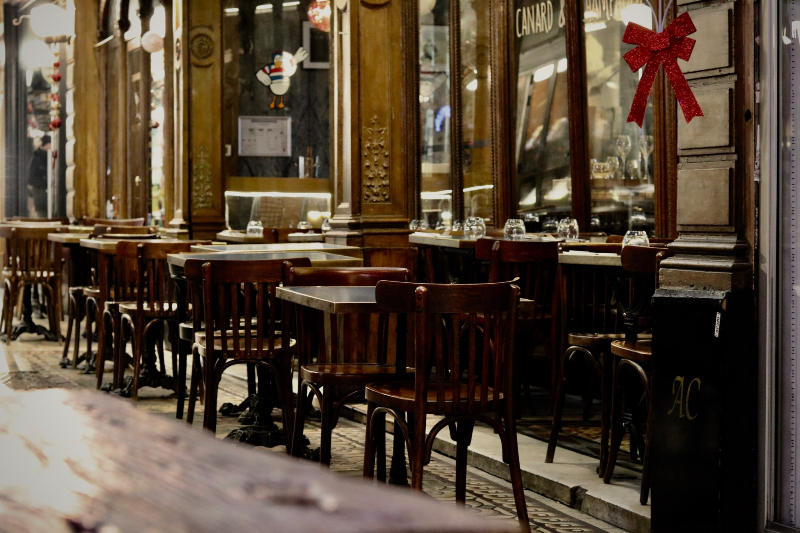 If misery loves company, Northwest foodies missing their favorite restaurants need look no farther than Paris where the self-styled culinary center of the universe is as locked down and sensory-deprived as we are.

We can also look to our Parisian friends for inspiration. Surprisingly, the city synonymous with exquisite dining is bearing up in good spirits under the drastically changed circumstances imposed by the global COVID-19 pandemic. Much like our own response to social-distancing orders, Parisians are moving their cocktail parties to virtual venues, ordering restaurant meals for home delivery and dusting off their cookbooks to prepare food at home.

I asked my friend and fellow foreign correspondent Meg Bortin, an American who has lived in Paris for more than 30 years and produces the popular Everyday French Chef cooking blog, for a report on how Parisians are coping with the draconian measures affecting the restaurant scene in the fight against the virus. Here’s what she reports:

“The vibrant café scene in Paris dried up a month ago when the government announced, at 8 p.m. on March 14, that all restaurants, cafés, bistros and bars were to close indefinitely as of midnight. The short notice created a brief frenzy at café terraces that night as Parisians rushed out for a last meal or drink with friends in the four hours before the closure.

“Two days later, President Emmanuel Macron decreed a lock down for the entire population of France; he extended it this week to May 11. The rules allow people to leave their homes for a maximum of one hour a day to shop for food (grocery stores remain open) or take a walk. Police patrol the streets, checking to see that anyone out of doors is armed with a form stating the date and time they left home. Violators risk a fine of $150.

“With people confined to their homes, unable to dine out, one result has been a boom in home cooking. Supermarkets are out of flour – baking is suddenly in. Non-cooks have turned to the excellent French frozen food chain Picard, which regularly runs out of supplies, or home food delivery, with restaurant kitchens allowed to operate behind closed doors.

“The good news is that virtual café life is alive and kicking, with the French meeting up for virtual cocktails via phone or Zoom. And every evening at 8 p.m. there’s a virtual street party as Parisians lean out of windows and balconies to applaud the medical professionals who are risking their lives to fight the virus. No more moveable feast, but the café spirit goes on.”

Meg has lately reoriented her blog’s weekly featured recipes to highlight traditional French comfort foods. Her cooking classes are on hold amid the shutdown, so she offers guidance on the website for diners transitioning from reliance on their neighborhood restaurants to preparing their favorites at home.

Lock down of the Paris dining institutions took time to gain respect and compliance. An early report by the all-things-food publication Eater.com contrasted Parisians’ response to Macron’s order a month ago with what followed the 2015 coordinated terrorist attacks in and around the French capital.

“Within 48 hours of the November 13 terrorist attacks, locals returned to their neighborhood cafes and bars, resisting any infringement upon their way of life. It was a beautiful example of solidarity and cultural conviction that helped to lift us out of grief. Today, the stringent measures being enforced to mitigate the spread of COVID-19 are sorely testing that same insouciance – as well as the restaurants and bars that are such an intrinsic and vital part of Parisian life.”

The extremist perpetrators of the 2015 attacks at a sports stadium, a crowded theater and several Paris cafes killed 130 and wounded more than 400. They were the deadliest incidents to befall Paris since World War II.

A sobering fact keeping the French largely compliant with the virus restrictions: 17,188 coronavirus deaths in the country as of Wednesday.

An inspiring development that may give Parisians confidence that their sacrifice is worth it: The number of new COVID-19 cases reported to world health authorities has dropped in the past few days.

Carol J Williams
Carol J. Williams is a retired foreign correspondent with 30 years' reporting abroad for the Los Angeles Times and Associated Press. She has reported from more than 80 countries, with a focus on USSR/Russia and Eastern Europe.
Previous article
Learning To Embrace The Distance Economy (Maybe It’s An Improvement?)
Next article
Winning Friends: As US Abdicates International Leadership, China and Russia Happily Offer Pandemic Aid