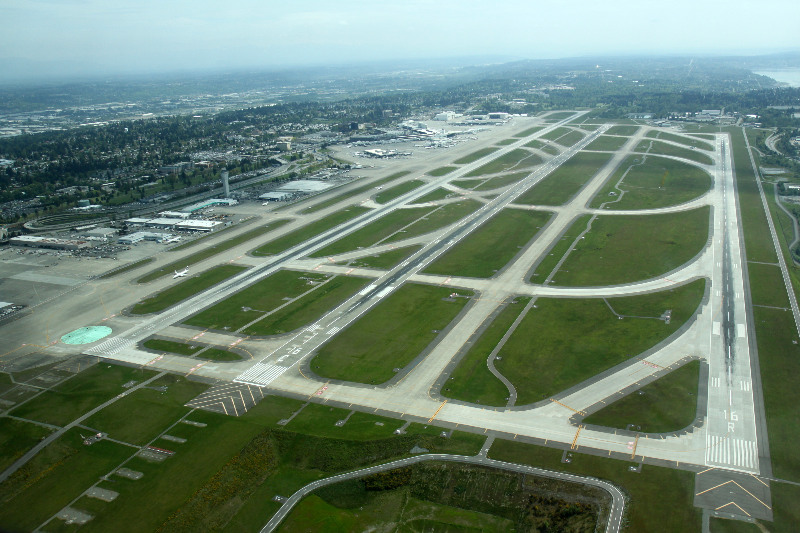 Indexer: Sea-Tac is Bigger Than You Think, and More At Risk

The federal corona virus relief bill just signed by the President provides tens of billions of dollars in grants and loans to airlines, as they deal with the collapse of their markets.

But what about airports? They are a bigger economic deal than might be obvious, and activity at the airport will slow down as much or more than the airlines themselves. The Port of Seattle’s 2018 economic impact analysis found 17,100 direct jobs providing services at Seattle-Tacoma International Airport (Sea-Tac), and another 2,000 involved in construction projects. And airports largely self-finance through landing fees, so fewer landings equals lower revenue for operators like the Port of Seattle.

While the relief will allow many more airline employees to keep their jobs, most people working at the airport do not work directly for airlines, but rather workers with on-site vendors, transportation services or contract services. Fewer passengers and planes means less need for food service, baggage handling or shuttle services. Nearby hotels will be empty. Federal relief will extend to these workers, but recovery for the airport could be much longer than the higher benefits will support.

Worries about Sea-Tac should be larger because it has grown so much: our hometown tarmac has been getting very busy. Understanding where this growth has come from might provide some hints about how long it will take for activity at Sea-Tac to bounce back.

This high ranking is curious, since Sea-Tac is busier than airports in other larger single-airport markets, like Boston and Phoenix, and airports in markets with huge tourist draws, like Las Vegas and Orlando. And being in the upper corner of the country, Sea-Tac will never be a domestic hub, like Denver or Atlanta.

Figure 4 puts Sea-Tac’s position into some perspective. It shows the domestic and international share of passenger traffic for the 15 busiest airports for total traffic. It is notable that international traffic is just not that large a component for Sea-Tac.

Growth at Sea-Tac has been driven by domestic flights. Figure 5 shows the 10 year growth ranking for the 25 busiest airports as of 2019. Sea-Tac was the fastest growing airport for domestic service but only the seventh fastest growing for international service.

So where has all this growth come from? We can start with the simple idea of wealth. The Seattle region is an increasingly wealthy place, and everywhere in the world, travel demand grows with wealth.

Two places to look next: tourism and technology. For expansion in the visitor industry we can look at the cruise ship business, which has seen healthy growth in the past decade. The Port of Seattle estimates that 1.2 million cruise ship passengers departed from Seattle in 2019, 90 percent of whom came from outside Washington. Nearly all of the outside passengers will fly to Seattle, so well over one million enplanements from Sea-Tac will consist of cruise ship passengers returning home.

The growth in employment in technology firms in the Seattle area has been phenomenal. A part of that growth consists of branch operations of firms based largely in Silicon Valley, and employees of these firms will be expected to travel to the mother ship with some regularity. The expansion of Delta’s presence in Seattle and its service/price competition with Alaska has made West Coast travel easy and cost effective for these firms. Global firms like Amazon, Microsoft, Boeing and Costco will all require a certain amount of coming and going. And these firms attract a huge number of younger people from around the country who want to fly home on occasion.

Both of these sources of passenger traffic through Sea-Tac are at serious risk in the coronavirus crisis. The Washington and California lockdowns mean that few people will travel back and forth for business. This should ease in the coming months, but the pace of return to normal is unknown. The 2020 cruise season is highly uncertain. While virus spread may slow by the summer, passengers may be less willing to take a chance on close proximity to thousands of potential disease vectors.

It would be reasonable to expect that international traffic will recover more slowly than domestic traffic, so Sea-Tac’s lower reliance on international business should work in its favor.

Alaska Airlines has announced a 70 percent reduction in flights. This will reduce the need not only pilots, flight attendants and ground crews, but also the people handling bags and selling coffee and paperbacks. Many of these jobs have some level of skill and training, and all employees within the airport require security screenings, so it is critical that systems be in place to recall these valuable workers when airport operations ramp back up.

Michael Luis
Michael Luis is a public policy consultant who has been wrestling with housing, growth and economic development issues around Washington State for over 30 years. He is author of several books on local history and served as mayor of Medina.
Previous article
Russia Abruptly Locks Down: Borders Closing, Air Travel Suspended, Public Told to Stay Home
Next article
Sanders Slogs On: He’ll Stay in the Race, Threatening to Splinter the Left