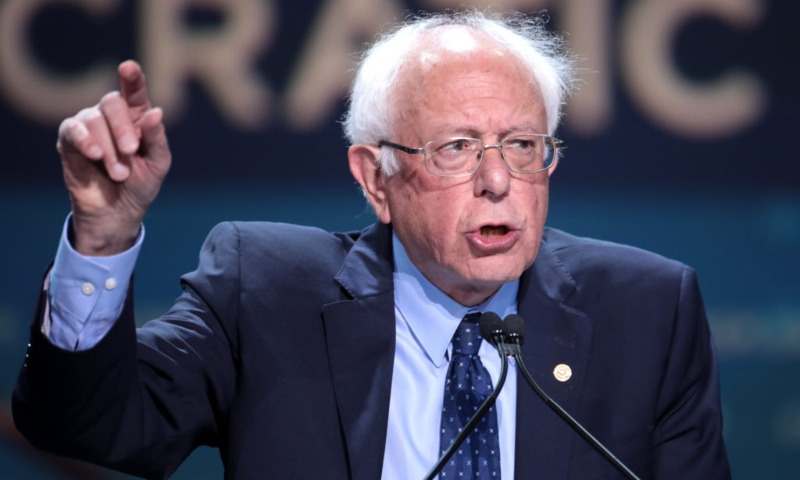 Sanders Slogs On: He’ll Stay in the Race, Threatening to Splinter the Left

Bernie Sanders has just made it clear that he’s staying in the race for the Democratic nomination. Part of Sanders’ argument for sticking it out is that the pandemic has voided many primary contests and votes, so Sanders needs to keep the race alive.

The Washington Post article reported, “Sanders argued in a radio interview with 1A, a program broadcast on NPR, that the postponement of upcoming primaries because of the pandemic makes this race ‘very different than 2016.’ He ticked through steps his campaign has taken to adapt to a landscape he said had ‘changed very profoundly.’”

No one should be surprised. Sanders prolonged the race against Hillary in 2016, long after it was clear that she would get the nomination. Sanders is one more example of how, once bitten by the presidential bug, politicians stay infected for years. And for Sanders, the chance to keep rousing supporters, building a movement (and mailing lists), and making the case for structural change is too tempting to be missed. Though Sanders has pledged to support the Democratic nominee, it wouldn’t surprise cynics, including me, if Sanders actually runs as an independent presidential candidate.

This prolonged campaign against Biden might backfire, however. The Biden camp may decide that if Bernie voters cannot be wooed by concessions to their positions, which Biden is already trying to do, then it could make more sense to move to the center and woo moderates and Trump-alarmed Republicans. The fact that the economy will need to be nursed back to life also makes business-bashing less attractive.

On the other hand, just as the Great Recession drove many young voters to embrace more radical solutions to student debt and climate change and job opportunities, so the COVID Recession will further polarize and radicalize the electorate. Trump and Russian disinformation will also do their part to enflame. The Bernie batallions are not going to be appeased, and re-electing Trump will only intensify the sense of revolutionary urgency.

One question is whether the Left will hold together or fall into factional infighting. An indication of division is the decision by Alexandria Ocasio-Cortez to shake up her staff, purging hard-left figures, and (unlike Bernie) to back off her earlier pledges to support leftist challengers to incumbent Democrats.

In short we are heading into a reprise of the 1960s, when the country and the Democratic Party almost came apart over Vietnam. This time, Seattle will be a battlefront for these polarized politics of division, especially in the 2021 race for mayor. We are about to become an epicenter city for a strong leftward drift of our politics.

David Brewster
David Brewster, a founding member of Post Alley, has a long career in publishing, having founded Seattle Weekly, Sasquatch Books, and Crosscut.com. His civic ventures have been Town Hall Seattle and FolioSeattle.
Previous article
Indexer: Sea-Tac is Bigger Than You Think, and More At Risk
Next article
Why Hasn’t Washington Adopted Ranked Choice Voting?