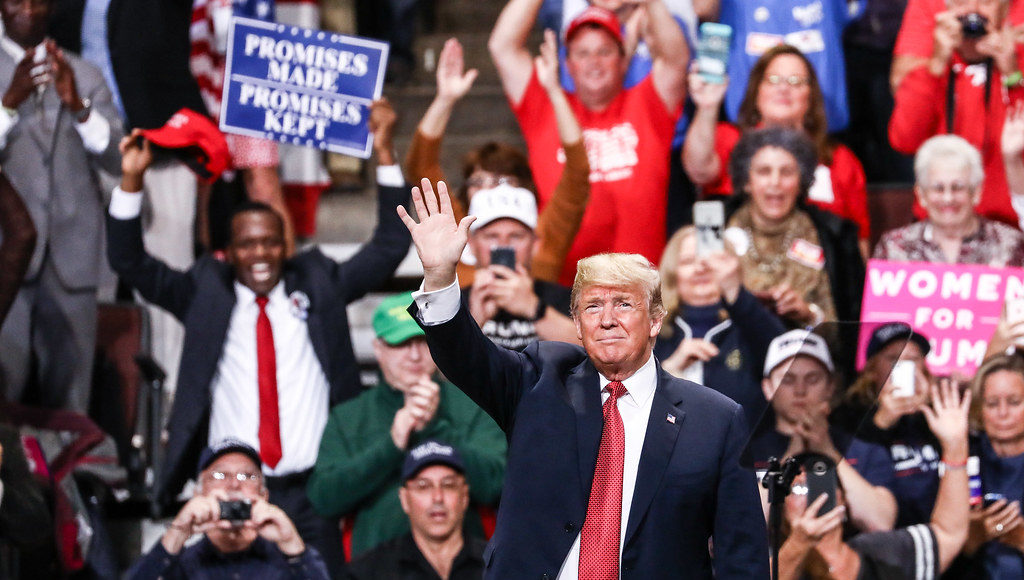 Field notes in a time of corona: Liberal Hype or Democratic Hoax?

Last week ex-Trump press secretary Anthony Scaramucci called the coronavirus crisis “Trump’s Hurricane Katrina.” But Hurricane Maria already was—and neither hurricane brought down the president who’d responded with such callous incompetence. Now however, would it be better to say COVID-19 is Hurricane Katrina and the 2008 financial crisis rolled into one?

You might imagine Trump’s jaw-droppingly fumbling, unfocused response to the pandemic and the stock market’s subsequent crash would convince even diehards that this emperor has no clue. Not in Trump country. One insurance broker reports that a client from Eastern Washington blew up at him when he declined a handshake, exclaiming that the so-called epidemic was all a hoax. (No word on whether he said it’s a Chinese hoax, like climate change.) Similar grumbles were overheard down in Pacific County about how the epidemic is being “hyped up to make Trump look bad.”

Where do people get such notions? Sure enough, on Monday Rush Limbaugh accused Democrats of hypocritically trying to shut down Trump’s rallies but not “canceling their primaries or their debates or their early voting where all the voting machines, I’m sure, are germ infested.” Why? Because they’re “really worried about the fact that so many people attending [Trump] rallies are actually Democrats.” Biden and Sanders have in fact canceled their rallies and will debate without a live audience.

The Trump campaign still planned to go ahead with a “Catholics for Trump” rally in Wisconsin next week, but cancelled Wednesday out of an avowed “abundance of caution.” Too bad. The chants would have drowned out the coughing and sneezing.

Eric Scigliano
Eric Scigliano has written on varied environmental, cultural and political subjects for many local and national publications. His books include Puget Sound: Sea Between the Mountains, Love War and Circuses (Seeing the Elephant), Michelangelo’s Mountain, Flotsametrics and the Floating World (with Curtis Ebbesmeyer), The Wild Edge, and, newly published, The Big Thaw: Ancient Carbon and a Race to Save the Planet.
Previous article
Field notes in a time of corona: Virus, Eats and Weed
Next article
Books: International Intrigue – A Handful of Current Thrillers