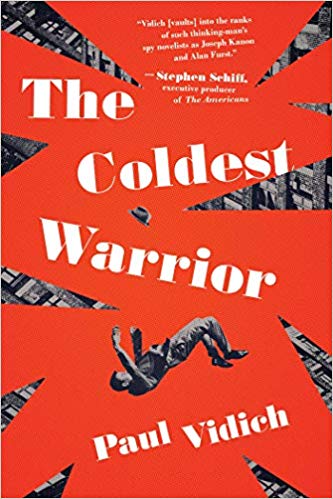 The Names of the Dead
Kevin Wignall

Abandoned by his CIA colleagues when an anti-terrorism operation in Europe goes wrong, Wes Wesley serves out his sentence in a French jail, wondering why even his wife seems to have forgotten about him. But once released, he learns that that Sara, a State Department intelligence agent, is dead under ambiguous circumstances. Reportedly caught in the crossover of a violent street crime while sipping a coffee at an outdoor cafe in a small European village, she was simply in the wrong place at the wrong time – but what was she doing there in the first place, far from her assignment in Germany?

And when he learns  she’s survived by a child — his child, he realizes — he sets out  crisscrossing the continent searching for his son, whose disappearance is as mysterious as his mother’s death, which looks more and more like a targeted kill. His old contacts are no help. In fact, the harder he tries to get to the bottom of Sara’s murder and find his son, the more certain he becomes that he’s placed himself in the crosshairs of her killers who may be the men he once trusted with his own life.

Kevin Wignall is an under-appreciated thriller writer whose novels of espionage are marked by intricate but believable plots, multidimensional characters, and expert pacing. For readers who haven’t discovered him yet, his latest will be a happy introduction to his extensive backlist.

Milo Weaver isn’t like most spies, although he used to be one, for an agency so secret it doesn’t even have initials. Ten years ago Milo was a Tourist, doing spy-like stuff on behalf of a shadowy, off the books agency charged with doing the dirtier deeds a government or consortium of governments just needs to get done. But the Tourist Bureau was disbanded years ago – or was it? And why are some of its former operatives, friends and colleagues from back in the day attempting to bury its secrets , not to mention Milo himself? Olen Steinhauer is one of the most talented writers in the spy fiction genre, and hopefully The Last Tourist doesn’t mean we’ve seen the end of Milo Weaver.

Fiction based on fact, especially when it involves the intelligence services, has a verisimilitude that promotes authenticity as it does in The Coldest Warrior by Paul Vidich. Based on the case of Frank Olson, an Army scientist who worked in biological warfare and jumped or was pushed to his death by the CIA in 1953, this is an engrossing novel about how the incident was portrayed and covered up during the mid-seventies, soon after Nixon’s resignation and the brief presidency of Gerald Ford.

It’s a well-written fictionalized account, and the characters, primarily at the Agency, presented with an artful, if ultimately futile attempt to portray their shaky moral compasses and the conflicts they face in probing the organization to which they have pledged their fealty and is now in danger of being exposed, unflatteringly, to the light of day. The story’s been told before in a multitude of media and there’s nothing new here, but it’s nicely told anyway.

Jane Adams
"Jane Adams PhD was a founding editor of the Seattle Weekly. Among her twelve books is Seattle Green, a novel . She is a contributing editor at Psychology Today, and coaches parents of adult children."
Previous article
Field notes in a time of corona: Liberal Hype or Democratic Hoax?
Next article
Italian Diary: Inside The CoronaZone Lockdown