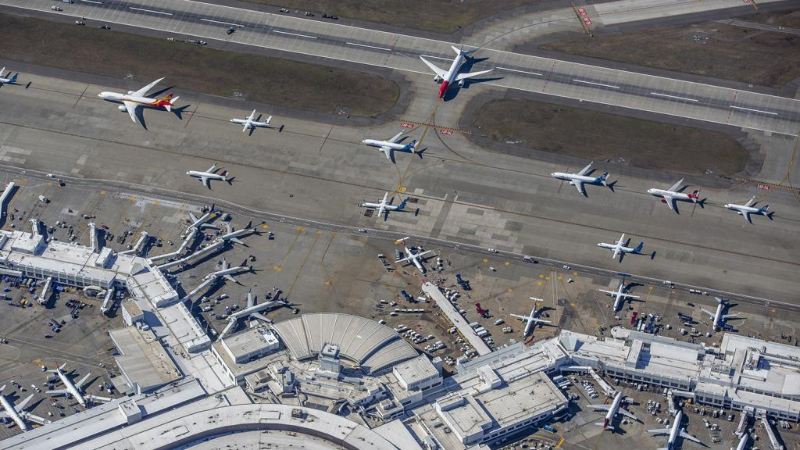 The Case Against The Growing Environmental Disaster Of Tourism

They say travel broadens you.

But a growing chorus is questioning the costs of tourism as an increasingly mobile global middle class sets out to see the world. Last year the United Nations reported that there were 1.4 billion tourist air trips in 2019 and predicted a 3-4 percent increase in international travel in the next few years.

In a piece arguing against tourism in The New Republic this month (which also acknowledged that tourism wasn’t going away anytime soon), the magazine reported that:

By some measures, travel and tourism is the world’s largest industry, bigger even than oil and petroleum. According to the World Atlas, tourists account for 60 percent of all air travel. The economic impact of even a modest reduction in global tourism would be cataclysmic. All 50 states and most countries have become dependent in some fashion on tourism revenues. Travel is an important way we signal status. According to one survey, most 18–35-year-olds would rather travel than have sex.

Yet there is plenty of evidence that over-tourism is killing our most-loved places. A small Austrian village of 800 said to have inspired the kingdom in the movie “Frozen” is overrun by a million fans a year, hell for the inhabitants. Venice (permanent population 220,000) gets so many tourists (20 million last year), it has announced a new fee for tourists entering the city. Popular cities from Amsterdam to Barcelona have all begun implementing measures to battle “over-tourism.” Quality of life in many of these places has been seriously degraded by the crush of people.

And popular tourism venues – the Louvre, the Vatican, the Ufizzi – have become so overrun, they’re becoming degraded. Some of the big museums like the Ufizzi are extending hours late into the night to accommodate the demand. Still, officials at places like the Sistine Chapel worry the crush will damage the art. One tourism company has begun offering crowd-free Sistine experiences at $5,500 outside of regular hours.

Anyone who has seen the mobs that gather daily at the Shrine of The Mona Lisa at the Louvre understands it’s hardly an “art” experience. Tourism for many isn’t so much an opportunity to expand one’s experience of the world as it is an opportunity to show they were in the presence of something or some place famous. I matter because I have been someplace you’ve heard of (and I have the pictures to prove it).

That famous picture of the traffic jam at the top of Everest last year got the attention of many, but Instagram has been blamed for ruining not just popular tourism destinations but also previously difficult-to-access natural wonders.

The Guardian reports that:

The Instagrammability of a destination is apparently now the number one motivation for booking a holiday for millennials. The eternal quest for social approval, which the platform was accused of taking advantage of this week by “withholding” likes from certain users to encourage them to log in more frequently – a charge Instagram denies – continues apace.

But the aesthetic-spoiling side of overtourism pales in comparison to the environmental costs. Jack Miles, writing in The Washington Post, writes about the carbon footprint of even a single long-distance air trip:

“My wife’s and my annual carbon footprint in Orange County, California — counting gas, electricity, transportation and waste disposal — is about 33,000 pounds, according to the carbon footprint calculator of the U.S. Environmental Protection Agency. (To put that total into further perspective, the average Indian’s annual carbon footprint is just 3,000 pounds.) By taking one optional international trip that helped emit about 16,800 pounds of carbon dioxide into the atmosphere, my wife and I increased our 2016 carbon footprint by more than a third. The harm we did with one international trip surely neutralized any good that we did all year as recyclers, eco-consumers and financial contributors to environmental organizations.

Closer to home, Seattle, which has declared its desire to cut carbon emissions in the region, has instead fallen behind, coming up well shy of its reduction goals. One of the big culprits? Phenomenal growth in air traffic in and out of Sea-Tac, where passenger traffic increased from 34.8 million in 2013 to 49.8 million in 2018, an annual growth of about 8 percent. The Port is frantically expanding operations as fast as it can. The increased travel has resulted in 40 percent more carbon emissions in the past four years. If this growth in Sea-Tac travel continues at this rate, it will negate any progress made on all other fronts.

The carbon cost of flying is so steep that in Europe it’s led to a new movement that the Swedes call “flygskam.” It translates as “flight shame.” The premise is: fly less, or even, don’t fly at all.

Last word to Jack Miles, who puts it succinctly:

In our day, the winged chariot that is hurrying near is species extinction. The deserts of vast eternity that lie before us are the wastelands of the planet itself as we send it to its death. But there is something you can do about all that — something big, something easily within reach, something that won’t cost you time or money.

Douglas McLennanhttps://www.artsjournal.com
Doug is a longtime arts journalist, and the founder and editor of ArtsJournal.com, he's frequent keynoter on arts and digital issues, and works with a number of arts organizations nationally.
Previous article
Humor: Comrades of Seattle! You Have Nothing to Lose but Good Jobs!
Next article
National Prayer Breakfasts: Hatched in Seattle, Trashed by Trump