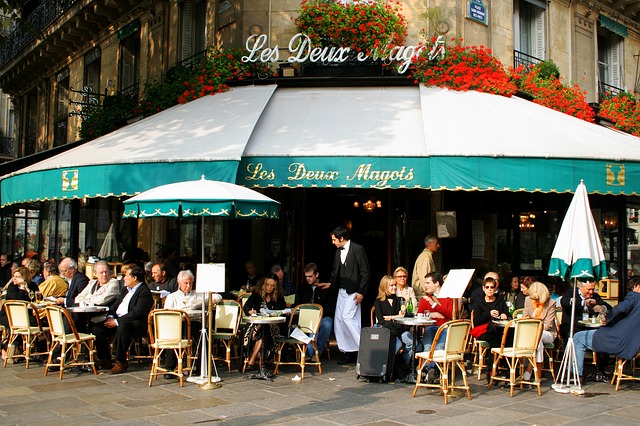 My advice to Democrats is to develop plans for rural revival, much as FDR did in helping farmers, electrification, and rural education. Such a push would counter the party’s image as favoring the coastal elite, all the while sounding deep Jeffersonian folk music.

Turns out this is what French President Macron also favors, advocating a program that spreads and revives cafes in small towns. Small-town mayors who lack a cafe can apply for funding to help bring back these anchors to French communities. And there’s a wider agenda:

“Commercial vacancies in French towns have doubled over the past 15 years as shoppers abandon downtown merchants for suburban big-box stores. The country has a higher concentration of malls than anywhere else in Europe. That requires more driving on the part of both consumers and employees, more gas consumption, and more trips to the dreaded roundabouts where the Gilet Jaunes movement began last fall.”

America has dipped a toe in these waters with its preservationist program, Main Street America, run by the National Trust for Historic Preservation. This approach has even more relevance these days as folksy, owner-run stores do David and Goliath battles with online retail. And the approach also has urban connections, as with Seattle City Councilwoman Lisa Herbold’s idea of helping on the rent for beloved “legacy” businesses like neighborhood bookstores and pubs. (An idea pioneered in rent-battered San Francisco.)

There’s a cutesy nostalgia here, to be sure, but also more: job-creation and community-building and equity for the left-behind regions of the nation. Such a program also represents a step up from divisive, punish-the-wealth proposals to a more sustainable approach: spread-the-wealth.

David Brewster
David Brewster, a founding member of Post Alley, has a long career in publishing, having founded Seattle Weekly, Sasquatch Books, and Crosscut.com. His civic ventures have been Town Hall Seattle and FolioSeattle.
Previous article
All Jumbled Up: The Shifting Politics Of Trade In The China And NAFTA 2.0 Deals
Next article
Review: “Evgenyi Onegin” – Pain! Passion! Poetry! (hold the irony . . .)