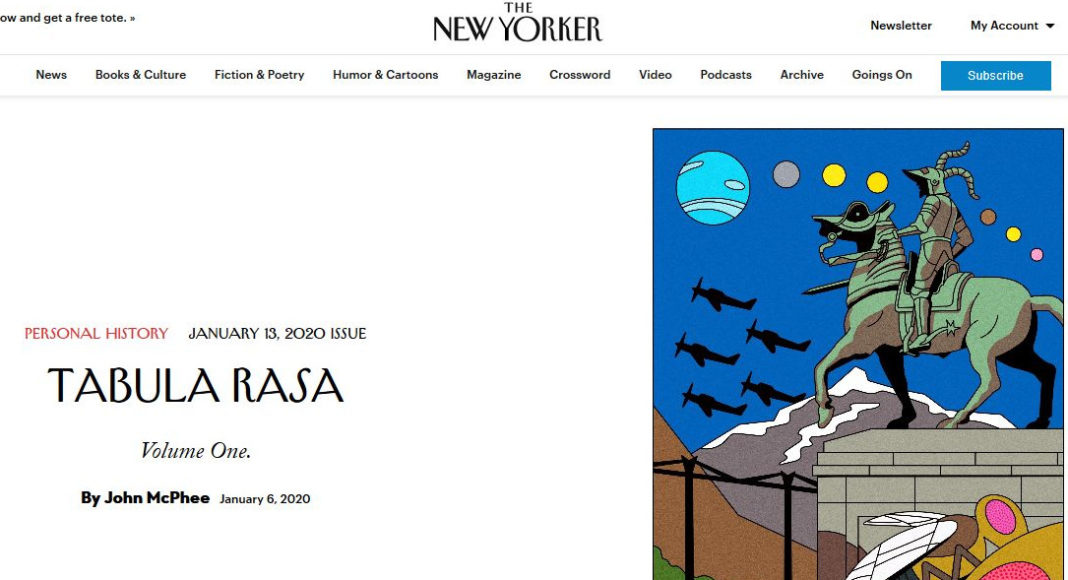 God bless John McPhee for explaining both the How and the Why of what I’ve been doing for the last long while. It’s probably why most of the old(er) journos at Post Alley would give our eyeteeth to publish our rambles in The New Yorker, and are particularly glad that Post Alley will.

Here ‘s McPhee’s complaint to a friend named Joel about the many writing projects he has conceived and seriously planned across the years but have never written, and the advice he gets, which is the particularly relevant if you’ve always meant to write your memoirs but haven’t quite gotten to it yet:

“(This is) how a project such as this one should be done—randomly, without structure, in total disregard of consistent theme or chronology. Just jump in anywhere, tell whatever comes to mind from any era. If something distracts your memory and seems more interesting at the moment, interrupt the first story and launch into the new one. The interrupted tale can be fin­ished later. ”

Referring to the work of another writer, Joel goes on:

“That is what he did, and the result is about as delicious a piece of writing as you are ever going to come upon, and come upon, and keep on coming upon, as it draws you in for the rest of your life. If ever there was an old-man project, this one was the greatest. It is only seven hundred and thirty-five thousand words long. If Mark Twain had stayed with it, he would be alive today.”

Doing such a project as this one, (McPhee) whined, begets a desire to publish what you write, and publication defeats the ongoing project, the purpose of which is to keep the old writer alive by never coming to an end.

Jane Adams
"Jane Adams PhD was a founding editor of the Seattle Weekly. Among her twelve books is Seattle Green, a novel . She is a contributing editor at Psychology Today, and coaches parents of adult children."
Previous article
Outlook for a New Decade: Here’s Hoping It’s Darkest Before the Dawn
Next article
Indexer: Seattle Is All Dressed Up and Very, Very Rich