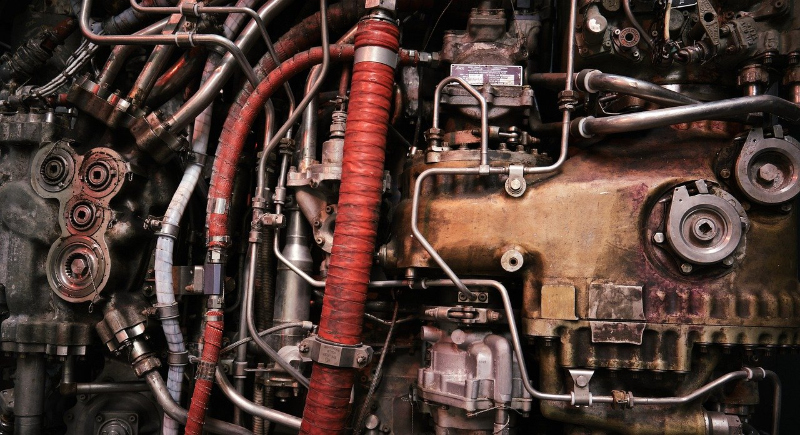 Outlook for a New Decade: Here’s Hoping It’s Darkest Before the Dawn

2020: Missiles are Flying from Iran and North Korea, Australia is Burning, Truth and the Rule of Law are Under Assault

These are tough times for optimists.

What we feared during the last decade when autocrats and populists took power in democratic countries like ours has come to pass and surpass our worst nightmares.

President Donald Trump’s ordered assassination of Iran’s most powerful general, Qassem Suleimani, stirred fears of all-out war with the Islamic Republic. Tehran retaliated with a calibrated nonfatal missile attack on U.S. bases in Iraq, but in bracing for another strike from a dangerously unpredictable U.S. adversary appears to have unintentionally shot down a Ukrainian commercial aircraft. All 176 on board – mostly students from Iran and Canada headed back to schools after the holidays — died in this horrifying incident of collateral damage.

Trump’s boasts of deal-making skills that can compel North Korea to abandon its nuclear ambitions are now drowned out by Kim Jong-Un’s escalating threats of attack to show his ire over the failed U.S. strategy of “maximum pressure.”

It’s not just Trump and his assaults on truth, science and civility that are undermining peace and security in the world. Climate change deniers in Brazil and Australia are unmoved by the apocalyptic images of wildfires consuming the Amazon rain forests and the suburbs of Sydney. Greenland ice melt has accelerated seven-fold since the 1990s as China, the United States and Russia ignore Earth’s warnings. Low-lying Pacific islands are sinking under rising seas. Whales are choking on plastic dumped in the oceans by poor countries paid by rich ones to “recycle” billions of tons of unreclaimable waste.

Ethnic hostilities and religious intolerance are spreading worldwide. Deranged killers took thousands of lives at places of worship last year, turning their guns and knives on Christians in Sri Lanka, on Muslims in New Zealand, against Jews in Germany and the United States and Muslims against each other in Afghanistan.  Mass shootings at U.S. schools and attacks on immigrants have become everyday occurrences that have numbed the peaceful majority’s ability to be outraged.

Once-cohesive people of faith are splitting into rival factions over whether to deny gay people their civil rights. Immigration policies in the United States and Europe have shifted from welcoming those fleeing repression and violence to strengthening the fences to keep them out.

Respect for the rule of law has collapsed in countries like the Philippines, where President Rodrigo Duterte deploys police to summarily execute suspected drug dealers. In the United States, armed vigilantes patrol the southwestern border to detain and terrorize would-be migrants from Mexico and Central America.

Historians tell us we will get through this global crisis of conscience, that we’ve faced these demons of racism and greed before and overcome them. But we’ve never faced a climate crisis of this magnitude. We’ve never had such corrupt U.S. leadership that has the party in power endorsing violations of the Constitution’s to boost its re-election chances. We’ve never, as a country, shown such contempt for the power of alliance and respect for international laws and treaties.

Transparency International last year reported “continued failure of most countries to significantly control corruption … contributing to a crisis of democracy around the world.”

The rise of pro-democracy forces in Hong Kong and the Chinese mainland government’s restraint so far from executing a murderous Tiananmen Square-like crackdown may reflect more sophisticated leadership in Beijing than 30 years ago. Or President Xi Jinping may be waiting for the world’s attention to drift elsewhere, like to new hostilities flaring in the Middle East, to rein in the former British colony’s autonomy and contain rebellion with the reliable tool of repression. A million Uighurs confined to re-education camps doesn’t inspire belief in peaceful resolution.

Russia continues to make gains in its efforts to dismantle Western solidarity. The global economic fallout from Britain’s imminent departure from the European Union is still unclear but its consequences for trade partners, cohesive defense strategy and migration policies for the Continent will be chaotic and destabilizing. Trump’s obvious disdain for the North Atlantic Treaty Organization and the Asia-Pacific alliance keeping the postwar peace in Japan and the Korean Peninsula is also welcome news for Russian President Vladimir Putin, who sees opportunity for expanding his sphere of influence in Eastern Europe and Asia as U.S. global leadership erodes.

The grounds for optimism are sparse, but there are powerful forces still pushing the world forward: medicine, philanthropy, science and technology.

The American Cancer Society this month reported almost 3 million fewer cancer deaths in the latest year for which statistics have been compiled, a decline credited to advances in treatment and prevention.

A September report from the Bill and Melinda Gates Foundation contrasted the dire political and environmental crises with “relentless gains” in the international development objectives of global relief works. Child mortality declined by a third over the past three decades. The percentage of people living in poverty fell from 40% to less than 10%. More than 70% of the world’s population has access to reliable health care.

As an international affairs writer for most of the past 40 years I take heart in the uplift achieved in the world’s poorest regions and the prospects for continued improvements where they are needed most.

As a semi-retired journalist now paying more attention to the fate of our craft in the United States, I fear for the successes enjoyed by corrupt political forces bent on destroying the credibility of mainstream media with accusations of “fake news” and denigration as “the enemy of the people.” Journalists are their targets but their aims are the eradication of truth and accountability for those who abuse their power.

The 2020s dawn at a hard time for optimists.

Carol J Williams
Carol J. Williams is a retired foreign correspondent with 30 years' reporting abroad for the Los Angeles Times and Associated Press. She has reported from more than 80 countries, with a focus on USSR/Russia and Eastern Europe.
Previous article
A Seattle Forester Sizes Up The Culture Wars on Australian Fires
Next article
The Real Reason Old Writers Keep Writing