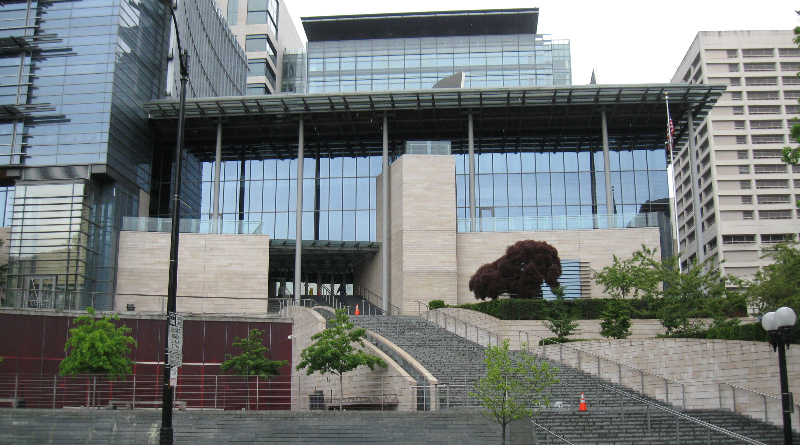 This week, the Seattle City Council published its proposed committee structure, to be approved at the new council’s first full meeting next Monday.  The committees and their membership give a strong indication of the topics that each councilmember will be focused on, as well as the likely power-brokers in a time of great change for the council.

A bit of context: in the past there have been nine standing committees, with each councilmember chairing one committee. Committee chairs have much power over their committee’s area of responsibility: they can control whether and when an item makes it onto the agenda and eventually is voted out of committee. While officially each committee has a chair, a vice-chair, and a “member” and “alternate,”  in practice all of the committees have been run as “committees of the whole,” in which any of the nine coouncilmembers can show up to any committee meeting, participate in deliberations, and vote on amendments and bills.

For the last month, rumors have swirled that in 2020 there would be fewer than nine committees. As a precursor to such a change, early last month the council approved a modification to its rules such that every standing committee would have at least four members, attendance by members would be required (or an excused absence sought), and most notably, only committee members could vote on issues in front of that committee.

The council’s committee list published this week has eight standing committees, each with a chair, a vice-chair, and three voting members, along with an alternate who may attend and vote if one of the five members is absent. As is customary after every election, the specific responsibilities of the committees has been reshuffled.

Here’s how it now looks:

Finance and Housing Committee. Chair: Mosqueda. Vice-Chair: Herbold. Members: Gonzalez, Lewis, Strauss. Alternate: Morales. This committee will oversee budget and finance activities outside of the annual budget process, public works projects, the Department of Finance and Administrative Services, the City Budget Office, the Office of Housing, and the Office of Labor Standards.

Governance and Education Committee. Chair: Gonzalez. Vice-Chair: Juarez. Members: Mosqueda, Sawant, Strauss. Alternate: Lewis. This committee will oversee the Office of Intergovernmental Relations, The City Auditor, the Hearing Examiner, the Office of the Employee Ombud, the Seattle Ethics and Elections Committee, the Office of Immigrant and Refugee Affairs, and the Department of Education and Early Learning.

Land Use and Neighborhoods Committee. Chair: Strauss. Vice-Chair: Mosqueda. Members: Juarez, Lewis, Pedersen. Alternate: Gonzalez. This committee wil handle land use and zoning issues, the upcoming update to the city’s Comprehensive Plan, and oversee the Department of Construction and Inspections, the Office of Planning and Community Development, and the Office of Neighborhoods.

Public Assets and Native Communities Committee. Chair: Juarez. Vice-Chair: Pedersen. Members: Herbold, Mosqueda, Sawant. Alternate: Strauss. This is the one committee that is still largely unchanged from last year: Juarez’s committee will continue to oversee the Parks Department, the Office of the Waterfront, Seattle Public Libraries, and Seattle Center. It will also continue to take up issues related to Native Americans.

Public Safety and Human Services Committee. Chair: Herbold. Vice-Chair: Gonzalez. Members: Lewis, Morales, Sawant. Alternate: Pedersen. This committee will oversee the Seattle Police Department, the Seattle Fire Department, the Office of Emergency Management, and the Human Service Department — though HSD will be shrinking this year as responsibilities and resources shift over to the new regional authority for homelessness. It will continue to take the lead on the council’s involvement with the Consent Decree and police accountability.

Transportation and Utilities Committee. Chair: Pedersen. Vice-Chair: Strauss. Members: Gonzalez, Herbold, Morales. Alternate: Juarez. This is another committee with a big portfolio, including three of the largest city departments: the Department of Transportation, Seattle City Light, and Seattle Public Utilities. Those three also make up the bulk of the city’s physical infrastructure. It will also take the lead on legislation related to the city’s Pedestrian, Bicycle and Freight Master Plans, to Vision Zero, to bike and scooter share programs, and to the Center City Connector streetcar.

Here are some thoughts and observations on these committees:

With these committee assignments, what can we expect each of the Council members to be focused on?

Herbold: spinning up the regional homeless authority, and spinning off pieces of HSD to it; police accountability, re-negotiating the SPOG contract, and the Consent Decree.

Morales: the Equitable Development Initiative; small business and workforce development; sorting out the mess with the city’s film and music office.

Juarez:  the Waterfront LID and redevelopment project; services for Native Americans; and continuing to push for equity in service offerings in North Seattle.

Strauss: the update to the city’s Comprehensive Plan; considering whether to rezone single-family residential zones in the city to allow for higher-density homebuilding; a steady flow of post-MHA requests for property rezones; updates to the city’s tree-protection ordinance.

Lewis: diffcult to say, though he already has his first win as a new councilmember: he anounced at his swearing-in ceremony that the UpGarden P-patch on the roof of Seattle Center’s parking structure has been saved.  UPDATE:  According to the Seattle Times’ Daniel Beekman, Lewis will chair the council’s Select Committee on Homelessness.

Kevin Schofieldhttp://sccinsight.com
Kevin is a city hall reporter and the founder of SCC Insight, a web site focused on providing independent news and analysis of the Seattle City Council and Seattle City Hall in general. In a previous life, he worked for 26 years in the tech industry in a variety of positions but most notably as the COO of the research division at Microsoft. Kevin volunteers at the Woodland Park Zoo, where he is also on the Board of Directors. He is also the Vice Chair of the Board of Trustees of Harvey Mudd College.
Previous article
Bill Gates Advises: Raise My Taxes!
Next article
Why Attack Iran? Likely It’s Trump’s Anti-Obama Obsession