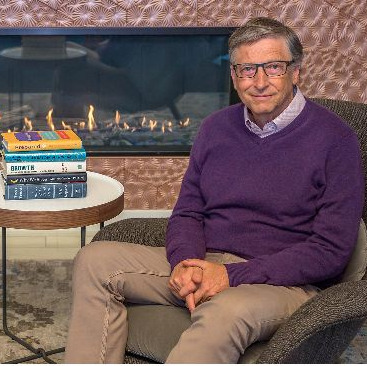 New Year’s is typically a time when Bill and Melinda Gates take some time to think about larger social issues, and then to publish their thoughts. As you would expect, these annual blogs contain some pretty bold ideas.

The one this year is about taxes, and the Gateses don’t hold back. Create an income tax for Washington state (as the senior Bill Gates famously fought for). Raise capital gains taxes. Impose a wealth tax on large fortunes that just sit there and thereby avoid capital gains taxation. Raise the estate tax. Close the carried-interest loophole. Shift to more equitable taxes at the local level. All good ideas. Would it could be so!

Maybe the Gates Agenda is comprehensive enough, sensible enough, and credible enough (given the admiration of the Gateses) to be a rallying set of ideas. It does little good to have a piecemeal approach to taxing some entities, since they and their lobbyists can fight back. Small tax increases may feel good, but they do not raise enough money for all the public needs stacked up from years of austerity. And a broad menu of increases creates a sense of shared sacrifice that would be far more productive than targeted villains.

Here’s a sample of the Gateses’ bracing clarity:

“We should shift more of the tax burden onto capital, including by raising the capital gains tax, probably to the same level as taxes on labor.

“Today the U.S. government depends overwhelmingly on taxing labor—about three quarters of its revenue comes from taxes on wages and salaries. Most people get almost all of their income from salary and hourly work, which is taxed at a maximum of 37 percent. But the wealthiest generally get only a tiny percentage of their income from a salary; most of it comes from profits on investments, such as stock or real estate, taxed at 20 percent if they’re held for more than a year.

“That’s the clearest evidence I’ve seen that the system isn’t fair. I don’t see any reason to favor wealth over work the way we do today.”

David Brewster
David Brewster, a founding member of Post Alley, has a long career in publishing, having founded Seattle Weekly, Sasquatch Books, and Crosscut.com. His civic ventures have been Town Hall Seattle and FolioSeattle.
Previous article
Live Or In Person: Is The Sports Experience Better On The Couch Than At The Stadium?
Next article
The New City Council Gets Organized and Sends Some Clues on Priorities