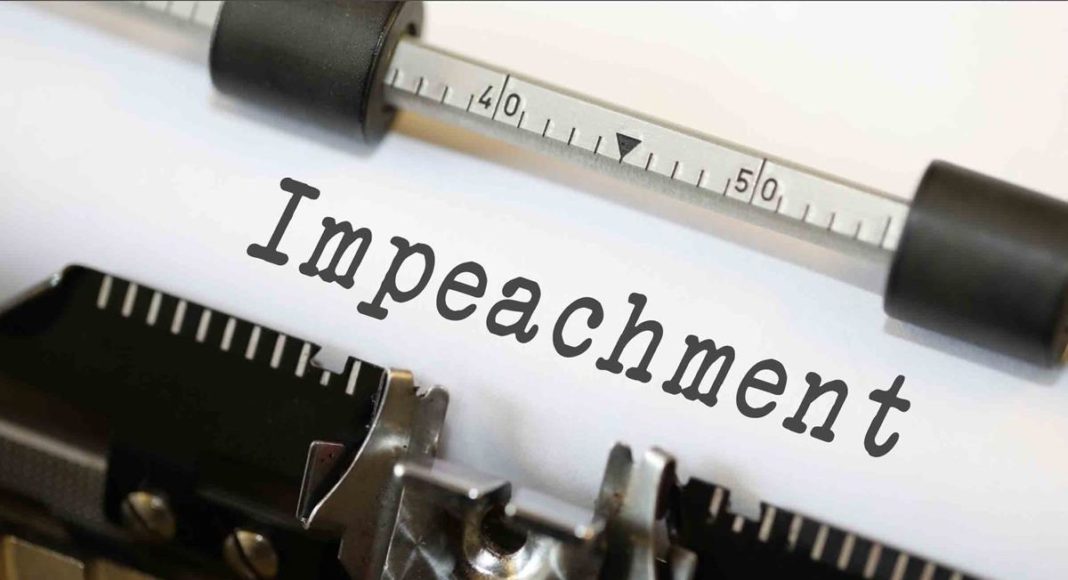 Am I, a person who finds Donald Trump appalling, gleeful that it now appears he will be impeached by Congress? Am I saying, “Gotcha,” over the whistleblower allegations and the apparent attempt by the White House to suppress them? Am I thinking, “Now, finally, he’s gone so far over the line, this will be it.”

The answer to all of the above would be “no.”

I am not thrilled by the way the latest installment of the Trump reality show is playing. I am disgusted, and I am worried. Why? Three reasons.

Anything that makes Trump even more the center of attention than he already is, is playing his game.

He is a human black hole, sucking all the energy out of the system, out of the political process, out of the election, out of us. Or, to change the metaphor, he is a malignant tumor on the body politic. He is dependent, like any cancer, on invading other normal parts of the body and drawing blood from them, destroying them in the process. The only way to cut off his blood supply is to reduce the constant attention, rumor and fixation.

Impeachment will do the opposite. All Trump all the time.

While this might be, emphasis on might be, in some way good for the Biden campaign, depending on how Biden handles it, you can already feel it sucking energy and relevance out of the Democratic electoral field and process.

This drama is completely spellbinding to those inside the D. C. Beltway, but not so for most Americans.

I’ve seen the same thing happen, on a smaller scale in churches. There will be some sort of controversy, conflict, or bad acting that will consume a church’s insiders — clergy, staff, officers. They will believe themselves engaged in the most important moral struggle in history, while most of the congregation aren’t there to be warriors in whatever the conflict may be.

Yes, there may be real issues, as there are here. But when you are on the inside you lose perspective. The conflict becomes all consuming. “He said, she said” takes over. But the body of a church, like the body of the country, have lives to live. The insiders, caught in maelstrom, are consumed by it and don’t get that others are not.

This is not the early 1970’s, the era of Watergate, which led Nixon to resign rather than be impeached.

In that era we had a couple things going for us that are, most regrettably, no longer true. We had some norms that were widely shared in the body politic and in the two parties. Like a President who blatantly lies and engages in criminal activity to cover it up is not okay. That is wrong. We don’t have that shared norm any more.

Nor do we have members of the President’s own party — think then-Senator Howard Baker, Congressman Lawrence Hogan, and Justice Department official, Elliott Richardson — who have the courage and gravity to confront the President. Just no one there.

What we do have is a system that is so completely polarized that Trump and his minions will call Biden, or anyone else who appears they might beat him, “corrupt” and cover that person in so much mud that many ordinary Americans simply give up on it all.

In other words, impeachment won’t move anyone out of their tribal camps. It will cause those already encamped to dig in more deeply, while those not in one camp or another pay even less attention.

All this said, I acknowledge I may be wrong. I live, or try to, by the words of theologian H. Richard Niebuhr, “Take your stand, and pray for forgiveness.”

Anthony B. Robinsonhttps://www.anthonybrobinson.com/
Tony is a writer, teacher, speaker and ordained minister (United Church of Christ). He served as Senior Minister of Seattle’s Plymouth Congregational Church for fourteen years. His newest book is Useful Wisdom: Letters to Young (and not so young) Ministers. He divides his time between Seattle and a cabin in Wallowa County of northeastern Oregon. If you’d like to know more or receive his regular blogs in your email, go to his site listed above to sign-up.
Previous article
Presidential Press Conferences, R.I.P.
Next article
Are Seattle’s Millennials Headed for Hipsturbia?