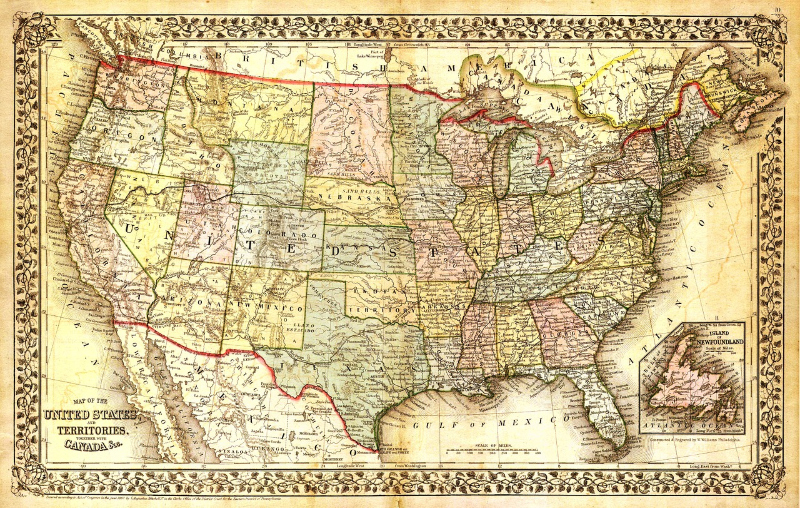 The Great Realignment: Are You Ready For America’s Seventh Version Of Political Parties?

As I said recently in the Seattle Times, in roughly six months, after Iowa, New Hampshire and Super Tuesday, we will likely know the winner of the Democratic Civil War. That outcome very well may solidify the creation of America’s seventh party system, with profound impacts on the US, and the world.

No matter how strongly you feel about Donald Trump, or any politician, ideas are what matter over the long term, not people. Our parties create and aggregate ideas, which become policies, which impact real people’s lives. Our party system matters. A lot.

Political scientists speak of party systems to describe the alignment of a democracy’s political parties. America has seen six party systems since the ratification of the Constitution.

The first party system pitted the Hamiltonian Federalists vs the Jeffersonian Democratic-Republicans.

The second party system featured the Jacksonian Democrats vs Henry Clay and the Whigs.

The third party system, northern Republicans vs southern Democrats, was created by the Civil War and lasted through reconstruction.

During the fourth party system Republicans built a winning coalition of business and the emerging middle class.

The sixth party system emerged late in the 1960s as the Democratic coalition began to break up, and the solid south became solidly Republican. It endured through the Obama years. Democrats dominated both coasts and the urban areas. Republicans owned the south and rural areas. The moderate suburbs became the battleground. Since 1980 this system produced mostly divided governments and increasing gridlock and division.

The election of 2016 started, or perhaps accelerated, the movement towards a seventh party system. Reaganite elites lost touch with the Republican base, and lost control over their party. Republican base voters support Trump because they agree with him. They are instinctively protectionist and isolationist. And their nativist passion to restrict immigration is now the driving force of the new “conservative movement.”

The Republican Party of the sixth party system is gone. The GOP has lost college educated voters, especially women, and with them, the suburbs they used to win. The party now is made up primarily of white, evangelical protestants — which is a huge voting bloc — and non-college educated whites. And those in control of the GOP now are content to double down on this coalition, rather than try and take back moderate suburbanites.

The Democratic Party was nearly also transformed in 2016, but Clinton/Obama elites held off the rise of Bernie Sanders and Democratic Socialism. But that battle continues. 2020 will likely settle things. Either the Ds will remain a center-left party dedicated to perfecting the New Deal structures, or it will become much more liberal, much closer to European social democratic movements. This is what the American left has long wanted.

We are now in the seventh party system. The question is, what will that system ultimately look like?

If Biden, or another “moderate” wins the nomination, the Democrats have the chance to build a solid governing center-left coalition which will include millions of disaffected former Republicans, and states like Texas, Georgia, and North Carolina. The Republicans will be left with the intermountain west, and rural states without big cities and suburbs. Gridlock would finally end as the Ds would take control of all the levers of government

But if the left comes to define the Democratic Party something more radical will likely happen. Suburban moderates will never support Trump’s “nationalism,” but they also won’t support neo-socialism. Eventually something new must then emerge to fill this vacuum, a new centrist third major party.

Americans love to hate political parties, but the reality is public policy in every democracy is, and always has been, driven by political parties. America’s party system defines the policies Americans will live under. This is a very big deal.

We live in historic times. Our system is being realigned as a seventh party system firms up. Republicans have chosen long term political suicide by alienating everyone other than their increasingly narrow base. The door is open for the Democrats to take charge if they stay in the center. But if their liberal wing prevails over time, moderates will become homeless, which must inevitably lead to something new in America’s party system: a three-party system.

Image by pinkzebra from Pixabay