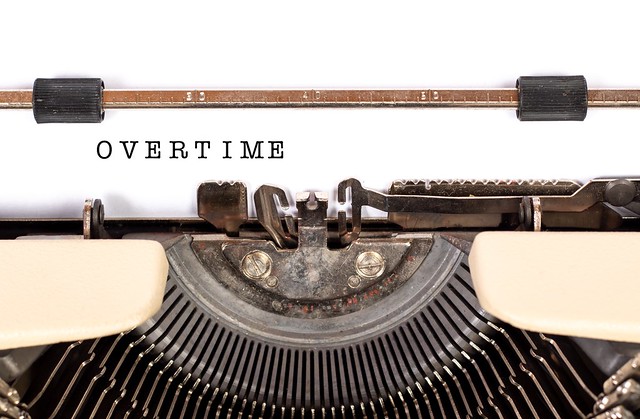 A small tempest has hit local nonprofit arts groups, and the winds will just grow stronger. The state proposes to increase dramatically the salary threshold beneath which are hourly employees (who must be paid time and a half for overtime) and above which are managerial and professional employees who work flexible hours and usually take comp time in exchange for working beyond a 40-hour week. That federal threshold is currently $23,600 a year and soon to be raised. The proposed state-level boost would more than double the threshold for large arts organizations and other nonprofits, perhaps reaching $80,000 a year by 2026 (sweeping in the lion’s share of employees). Smaller groups, with under 50 employees, have slower and lesser increases.

A group of major arts organizations (SAM, Symphony, Opera, Rep, Ballet, etc.) has informally protested the rules changes proposed by the state’s Department of Labor & Industry. A local labor attorney, Tim O’Connell, thinks the new rules cannot be adopted by the agency but must have legislative authorization; as such, he says, the proposed increases are “illegal and unlawful.”

The fat got put into the fire when the local business leader Nick Hanauer, who advocates for many populist changes, wrote an opinion article in Crosscut, pushing for the change on social equity grounds. Doug McLennan, editor of Artsjournal.com and one of the founders of PostAlley, followed with an article noting that at a time when the arts world is championing social equity, it’s hypocritical not to practice what they sermonize.

No question, the arts groups and nonprofits are put on the spot, with some groups signing and then un-signing the group’s draft letter of protest. Not only do these groups preach about social equity; they also need to demonstrate their commitment to fair treatment of employees in order to please funders such as public agencies and foundations. A further complication: the Hanauer family is a major donor to Seattle arts organizations. And of course paying more to employees in this fashion will turn off some donors and boardmembers.

Shortly the arts groups attempted to forge a common position and make an unofficial counter-offer. One version of the emerging position can be seen in this letter from Kimerly Rorschach, the head of Seattle Art Museum, and published by Crosscut, outlining SAM’s stance. The letter concedes that the threshold (not changed since 1976) badly needs updating. SAM’s letter proposes going from the current federal level of $23,660 to a new level of $47,476, phased in over three years. (Seattle Art Museum adopted that higher level in 2016, by the way.) Further, the letter recommends that future increases last for five-year periods rather than yearly increases.

The arts groups make the point that a shock increase such as L&I proposes would be hard to absorb without corresponding cuts to existing salaries and benefits, as well as to community-outreach programs. They note that many arts groups such as theaters tend to have all hands on deck at key times (opening a show) and then in return let such employees have flexible time off. In turn, such flexible hours are a benefit of working this way. Further, arts maintain a kind of apprenticeship tradition with many young people starting off in learning roles and eager to show their loyalty, so a requirement to pay overtime for these inexperienced workers would jeopardize traditional opportunities and reduce jobs.

Keep in mind that Seattle arts organizations have absorbed many body blows in recent years. There are fewer subscribers. Foundations and corporations and public agencies have shifted from funding arts to funding social services (outreach and diversity are the new gold standards for arts funding). Major corporate funders such as Boeing, Safeco, and the Paul Allen foundations have moved out of town or dramatically scaled back arts support. Downtown arts venues face congestion, high parking costs, punishing real estate prices, and safety issues. Proposition 1 to levy a tax on King County to fund arts was narrowly defeated. Many of these organizations quietly continue to run annual structural deficits and have struggled to get out of debt ever since the Great Recession. There has been a general retreat from funding the arts in Seattle, resulting in the increased mortality rates or scale-backs in the arts. Now this.

Politically, the current tiff is a preliminary bout for the main fight which will be in the 2020 session of the Legislature. Labor attorney O’Connell notes that in the waning days of the Obama administration the federal Department of Labor tried to engineer a significant doubling of the threshold level, only to have that maneuver voided by the courts. A key issue is whether to define the threshold according to job responsibilities or by salary level as a kind of shorthand. The decision by the court to emphasize job responsibilities now serves as a precedent in the states, O’Connell says.

Here in Washington, the new attempt to boost the threshold arose in labor committees of the Legislature, urging the state Department of Labor & Industry to look into the issue. The Department has now floated the proposed stiff increases, it might still modify or pass the buck to the Legislature.

Meanwhile, California’s legislature has adopted a new threshold (two times the state’s minimum wage). In Washington, a departmental ruling likely invites a lawsuit, alleging that the department does not have authority to implement an increase based on salary alone. Given all these factors, the matter will likely go to the next session of the Legislature.

At the same time, the federal agencies are acting. Labor attorney Tim O’Connell explains the federal actions this way: “Just this week the Trump administration moved its rule-making on this topic to the last stage of the process, sending it from the DOL for final review by the Office of Management and Budget. We are likely to see final rules issued very soon.  In the most recent version, DOL had proposed raising the salary threshold to just over $35,000. Assuming these rules do become effective in the near term, Washington employers will have to comply (unless the federal rules are delayed long enough that the state’s proposal becomes effective at a higher level first). So, a compromise is right around the corner.”

The Seattle arts groups (and other nonprofits like the zoo) are badly on the defensive, particularly in the Age of Trump. They are caught by their own shifts to social justice causes. They risk alienating key funders, either way. Audiences will take note and maybe stay away, particularly if ticket prices have to go up or if organizations lose political face.

The dispute reminds me of an observation by David Schiff, a composer, historian and writer in Portland, who notes that arts have trouble in liberal cities. Such cities proclaim their love for the arts, but the minute money is shifted from social causes to fund the arts, the local politicians soon wilt under pressure. In fact, public funding for the arts is non-existent at the state level and very low at the Seattle level. (Most of the funding comes from the county, which uses expired stadium revenues.)

Getting on the right side of social-justice issues (like the Symphony’s program to help the homeless) may seem like a cure for this financial and public-relations dilemma. But the right side is also a slippery slope, particularly in a city such as Seattle that has been passing broad and complex new labor regulations such as employee scheduling and minimum wages. There’s a lot at stake, including the creaky, status-quo business models for many local nonprofits. Uh-oh.