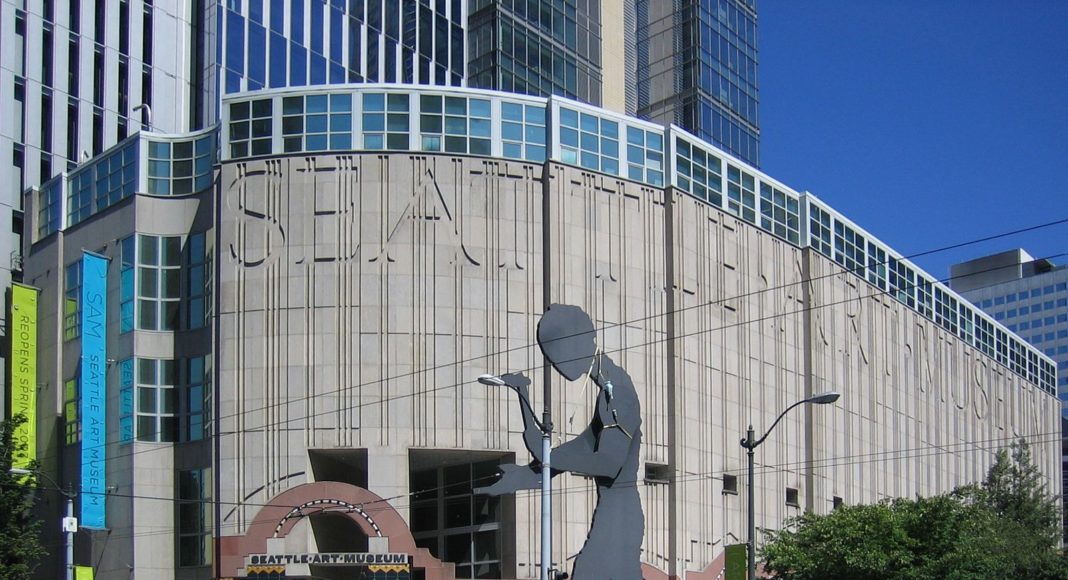 Seattle Arts Organizations Say They’re Leaders For Social Justice. So Why Are They Fighting Paying Workers’ For Their Overtime?

Hard to imagine a bigger topic across the arts right now than equity, diversity, and social justice. Week after week over the past few years there has been a steady stream of stories about lack of racial and gender balance and economic justice in the arts and across society. Many in the arts are sincere in their desire to change things. Others, driven by funders, have also taken up the cause. It’s safe to say you can’t be a successful artist or an arts organization these days and not have to address the issue.

In Seattle, the Seattle Symphony launched a project on homelessness, Seattle Opera has run a series of public forums dealing with cultural stereotypes in opera (Madame Butterfly), and Intiman Theatre recently decided to give away all of its tickets so that those who can’t afford to come to the theatre could come. The City of Seattle’s Office of Arts & Culture has been a leader in championing programs that promote diversity, social justice and equity.

Internationally, there have been big debates about where arts institutions get their money. Should arts organizations take money from tobacco companies like Phillip Morris (once a major funder of the arts), or oil companies like BP, or the Koch brothers? The Sacklers, who own Purdue Pharma and have funded some of the largest arts institutions in the world, recently had their name taken off major galleries at the Louvre after the company’s role in the opioid crisis came out. And a few weeks ago, the Whitney Museum in New York ejected prominent board member Warren Kanders, the weapons manufacturer, after artists protested his company’s supplying of tear gas and bullets to border agents along the southern US border.

There have been heated protests over wretched labor practices in the building of the Guggenheim’s new Abu Dhabi museum. Orchestras and museums and theatres have scrambled to correct their records to include more women and artists of color. There has been a wave of stories of sexual harassment #MeToo stories in arts institutions finally brought out in the open. And across the arts world, artists have loudly protested the racist policies of Donald Trump, his administration and the Republicans.

Given the climate, you might have expected that Seattle’s arts organizations would be big supporters – leaders, even – of the Washington State Department of Labor and Industries’ proposal to update the state’s rules on overtime pay for workers. The rules haven’t been updated since 1976 and they’re so out of date that only seven percent of workers in the state even qualify for overtime pay. The new rules would vastly expand the number of workers who would qualify.

Indeed, they’re arguing against it. Filing a letter opposing the rule changes with the Department, the arts groups wrote that, while they agree the rules need to be updated, “the proposal by the State of Washington to increase this level [the wage level for workers who would qualify for overtime] to 2 – 2.5 times greater than the state minimum wage is unreasonably too high, and would negatively impact the arts and culture services and programs we offer to our communities.” The letter was signed by representatives of the Seattle Art Museum, Tacoma Art Museum, Seattle Opera, IslandWood, Museum of Flight, KEXP [KEXP was part of an earlier version of this letter, but didn’t sign on to the final version], The 5th Avenue Theatre, Museum of History and Industry, Pacific Northwest Ballet, Imagine Children’s Museum, Seattle Theatre Group, Seattle Symphony Orchestra, Cascade Public Media, Frye Art Museum, Seattle Repertory Theatre, Seattle Aquarium, and the Pacific Science Center.

Now, we’re not talking about a dramatic increase in pay for arts workers – generally low-paid to begin with – but about whether they should have to be paid for working overtime and how much. One of the dirty little secrets in the arts is how much of the work is made on the backs of low-paid, overworked worker-bee employees. Again, to be clear, we’re not talking about wage increases, but about whether employees should be paid for the time they legitimately work.

The arts groups argue that they’re already strapped for cash and that paying workers for overtime would be onerous. They argue for a lower rate in calculating it and a longer period for implementing it. Sure, paying workers fairly for the time they work will cost more. Nick Hanauer, writing in Crosscut, says that Seattle Opera argues that the proposed rules “would cause us to need to raise between $75,000 and $475,000 more each year.” Hanauer notes that this is “a speculative $400,000 range that betrays a cavalier attitude toward the hours it demands from its workers.”

A few months ago museum employees around America began posting their salaries anonymously in a publicly accessible Google Doc with the aim of giving workers more power in negotiating their pay. The artist-led campaign against the Whitney allowing an arms manufacturer on its board shocked the art world with its success and the Whitney’s capitulation. Clearly, as arts organizations have begun to position themselves as leaders for social justice, their workers, artists and supporters have begun taking a harder eye on the institutions’ own complicit behaviors, values and practices.

It’s illuminating that the argument Seattle’s arts organizations are making isn’t about whether paying overtime is fair, but whether it’s affordable. Of such arguments, leaders for social justice aren’t made.

Douglas McLennanhttps://www.artsjournal.com
Doug is a longtime arts journalist, and the founder and editor of ArtsJournal.com, he's frequent keynoter on arts and digital issues, and works with a number of arts organizations nationally.
Previous article
Marvelous Marrowstone Revisited
Next article
Seattle Primary 2019: Progressive Pragmatists Had a Strong Showing