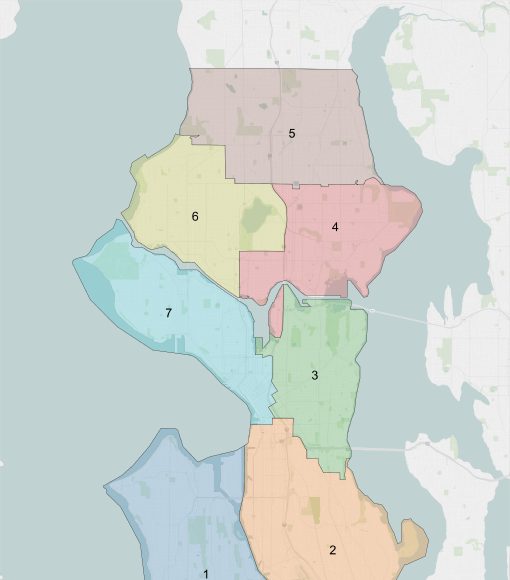 (Disclosure: While I do some political consulting work, I am not working for, nor am I being compensated by, any campaign entity involved in the current City Council races. I am, however, mostly supportive of the progressive pragmatist side of the battle lines outlined below, and have offered some strategic thoughts pro bono to one entity, People for Seattle. The views expressed here are my own.)

Yes, Virginia, this is a change election. Contrary to the mistaken hot take analysis coming out of the Seattle Times newsroom, the primary night election results show that this is very much a backlash election against the current City Council status quo. Pragmatic progressive candidates determined to upend the activist left Sawant-driven status quo at City Hall emerged in all seven district races, and in many of them they are well positioned to deliver a pragmatic Council majority in November.

Before diving into the results in more detail, it is important at the outset to understand exactly what this backlash against the current Council is really about. This is something the Times and other local media has gotten consistently wrong since the start of this campaign cycle: at its core, the shade directed at the City Council has never been a conservative “Seattle Is Dying” backlash. Yes, those conservative voters exist and right now they are very vocal, but they are just the noisy part of a broader tide of public unhappiness with the status quo. The core of the backlash is really rooted in the mounting frustration of progressive voters in neighborhoods across the city with overly ideological, posturing activist governance from a Council that seems unwilling to acknowledge, much less actually try to solve, the city’s mounting quality of life problems.

Those frustrated progressive voters don’t want to criminalize the homeless, but they also don’t want the City to put on ideological blinders to the point that it coddles lawlessness or ignores or normalizes the problems on our streets. What they are demanding is pragmatic, solutions-focused progressive governance, not a Trumpian counter-revolution.

And by and large, that’s what we saw in the primary results: the frustration of the progressive pragmatist center against the City Hall status quo, which is exemplified by Councilmember Sawant and her shouting, chanting dittohead red shirts. Backlash politics were clearly visible in the results from Districts 3, 4, 5, and 6, and how these races turn out in November will determine who controls the Council.

With these results, a few things are clear. First, both the Times and the Stranger endorsements mattered: in a crowded primary with 55 candidates spread over seven races, the public looked to the papers for guidance. All of the candidates the two papers endorsed advanced to the general election, and in Districts 4 (U District, Ravenna) and 6 (Ballard, Phinney) the Stranger’s support clearly boosted more progressive candidates over rivals with more institutional support. On the other hand, the support of the movement progressive left and of their current allies on the Council for fresh-faced left activist candidates did not help: both Zach DeWolf in District 3 and Emily Myers in District 4 underperformed badly and were eliminated from their races. The institutional labor left had a bad night (they also joined business in supporting Jay Fathi in D6, who failed to advance).

Looking at the outcomes in aggregate, a pattern emerges: the activist left largely doubled down on advancing uncompromising ideological left activists to the general election, while the center of the Seattle electorate rejected conservative “Seattle Is Dying” candidates and advanced good government pragmatic progressives instead. That sets up several favorable match ups for the pragmatist side of the divide in November. Indeed, the outlines of a new 5 or 6 vote pragmatic majority is now visible:

District 7 (Downtown Queen Anne): Despite Unite Here spending a massive $150,000 on broadcast, cable and online video ads to boost Andrew Lewis, the Times-endorsed former SPD interim chief Jim Pugel finished a reasonably close second and is well positioned in District 7. This looks like it is going to be a close, hotly contested race. In addition, while the business community is suspicious of Lewis because of his backing from Labor, in reality Lewis doesn’t fit comfortably in the activist left coalition that currently controls the Council (he opposes a head tax, for example). Either way this race is going to elect, by the standards of the current Council, a relatively pragmatic candidate.

District 6 (Ballard, Phinney): In one of the minor surprises of the night (though this result, along with Shaun Scott’s emergence in D4, is going to win me my office Council races betting pool), the Stranger-endorsed Dan Strauss garnered the most votes, coming in comfortably ahead of former councilmember Heidi Wills, who ran as a moderate. But digging a little deeper, the results are not all that encouraging for the activist left. The substantial vote for Jay Fathi (an establishment vote – he ran as a consensus Business/Labor candidate) and for Ballard beat cop Sergio Garcia (a more conservative vote) is much more likely to flow to Wills than to Strauss. In other words, the backlash was apparent in D6, and going into the general Wills is in a good position to win if she reinforces her progressive bona fides and backs away a little bit from the conservative element represented by the Moms for Seattle PAC (which backed her heavily). Moreover, despite the Stranger’s strained attempt to declare Strauss, a legislative aide to Sally Bagshaw, the second coming of deeply unpopular exiting incumbent Mike O’Brien, Strauss like Lewis is less of a left activist than he appears at first glance.

District 5 (Lake City): Incumbent Debora Juarez’s underwhelming showing (only 42 percent) and the strength of Times-endorsed candidate Ann Davison Sattler, a true conservative, also points to backlash. Juarez, a more independent voice on the Council, ought to win this race, but in any case neither candidate is closely allied with the current Council’s left activist power base.

District 4 (U District, Wallingford):The D4 race is now Alex Pedersen’s to lose. He ran a quintessential backlash campaign, promising greater accountability and transparency (and that he would actually listen to his constituents rather than taking dictation from progressive left interest groups), and the voters seem to be rewarding him for it. Plus, he really ought to send the Stranger a thank you bouquet for pushing socialist Shaun Scott through the primary. Scott is a charismatic candidate, but his positions are wildly out of step with the district and he is very unlikely to prevail in November. This looks like a 55-45 race (or better) for Pedersen in November. Score this one as a likely win for the pragmatist side of the divide.

District 3 (Capitol Hill, CD): The general election here is going to be a big litmus test race. Incumbent Kshama Sawant, the face of the Council’s left activist bloc (and its loudest, most uncompromising voice), has proven herself to be extremely vulnerable. I can’t find a recent historical example of a City Council candidate doing this poorly in the primary (an anemic 34 percent support right now) and going on to win in November. That said, this will be a hard fought race. Her challenger Egan Orion is a compelling candidate, but Sawant’s relentless supporters (including the Stranger) have already been pillorying him, with some success, as a puppet of big business and the Chamber of Commerce. Nonetheless, Orion, particularly if he reinforces his progressive credentials and puts a little daylight between himself and the business community, has a strong chance of prevailing, which would result in a major shift in the Council’s tone and its approaches.

District 2 (SE Seattle): In this district, an open seat due to Bruce Harrell’s departure, Tammy Morales was running essentially as an incumbent. She nearly unseated Harrell four years ago and has enjoyed strong support from the institutional left. Two months ago it looked like she was going to draw conservative Ari Hoffman as her opponent, a race she would have won without breaking a sweat. While she won the primary, she is likely going to finish under 50 percent, and that means she has a real race on her hands from crime prevention coordinator Mark Solomon, a pragmatic progressive who has a base of support in the African American community. Given that Hoffman’s conservative vote will crawl on hands and knees over broken glass to vote against Morales – who says that all homeless encampment clean ups are “unconstitutional” – this should emerge as a real battle in November.

District 1 (West Seattle): This race is the brightest spot for the activist left side of the political divide. Incumbent Lisa Herbold looks right now like she will finish with over 50 percent of the primary vote. Herbold is a strong left activist, but she has also focused more than most of her colleagues on the current Council on her district and her constituents so this race may be one that is out of reach for the pragmatist forces.

So overall, if you’re (like me) on the pragmatist side of the Seattle political divide, these are pretty promising results. It is not hard to see a five or perhaps even six vote pragmatist majority on the next City Council. There is a lot more work to do, and the final outcomes are far from certain, but as I read the playing field progressive pragmatism is well poised to carry the day in November.

Sandeep Kaushik
Sandeep Kaushik is a political and public affairs consultant in Seattle. In a previous life, he was a staff writer and political columnist at the Stranger, and did a stint as a Washington State correspondent for Time Magazine and for the Boston Globe, back in the olden days when such positions still existed.
Previous article
Seattle Arts Organizations Say They’re Leaders For Social Justice. So Why Are They Fighting Paying Workers’ For Their Overtime?
Next article
A Pendulum Election for Seattle