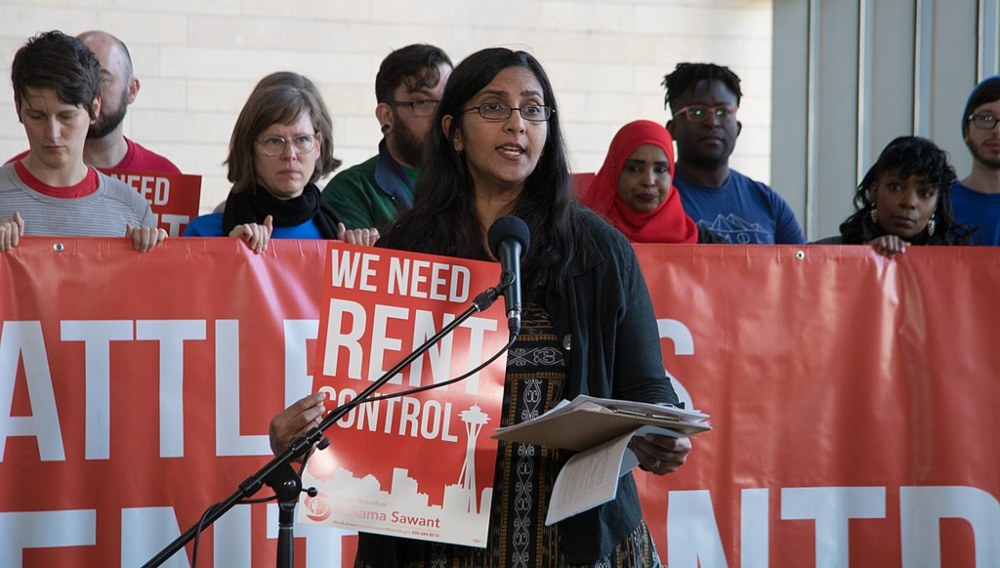 This week Rep. Nicole Macri and 31 of her state House colleagues introduced a bill that would impose rent control across Washington state. Given the fairly comfortable majorities that the Democrats have in both houses this year, for once it has a good chance of passing in spite of expected Republican opposition.

That would be unfortunate, because the decades of intense research on residential rent control conducted around the world overwhelmingly conclude that rent control is terrible policy. When presented with the deluge of research confirming that it’s a bad idea, rent control advocates tend to say two things: first, “anyone can cherry-pick a handful of research papers to support their position.”  Second, “previous attempts at rent control made mistakes in implementing it that created loopholes and/or weakened it at the behest of corporate interests, but this time we’ll do it right.”

The research showing the negative consequences of rent control isn’t cherry-picked; it’s the vast majority; similarly, the consensus among the economics research community is also that it’s bad policy. And when we consistently hear every rent control advocate say, “they did it wrong before but this time we’ll get it right,” we need to recognize that the problem with rent control isn’t the implementation details, but the idea itself. So let’s review how rent control works, and what the research says the results are.

Rent control regimes place some or all rental housing in a given market under regulation, limiting annual rent increases to a certain cap (usually tied to a given measure of inflation). In the case of Macri’s bill, increases can be no more than 3% in a given 12 months, or the federal government’s CPI-U index for the western region, whichever is greater – but under no circumstances more than 7% in one year. That sounds high, until we get a year like 2022 when inflation blew through that proposed cap. But there are two other problems with this approach.

First, landlords’ expenses are driven by construction, maintenance and renovation costs, which consistently have increased faster than consumer-based prices. So for every year that goes by, landlords’ expenses are rising faster than the amount they can raise prices; as time passes they get further and further behind until at some point it becomes untenable for them. Second, landlords quickly learn to increase prices by the maximum allowable amount every year, because if they skip a year there is no mechanism for them to ever catch up in future years: every year is separate and independent of prior and future years, and they don’t get credit for giving their tenants a break in previous years. The result is that under rent control, rents can often rise faster than they would have otherwise under ordinary market pressures.

Macri’s bill adds a small loophole, saying that a rent increase more than the cap is illegal only if it “is not justified by costs necessary to maintain the dwelling unit.”  But nowhere in the bill does it explain how landlords or government regulators should determine whether certain costs are necessary. This is a recipe for endless and costly litigation.

Some approaches to rent control attempt to regulate all rental housing units in a market, but the research shows that doing so creates a strong disincentive to build new housing and the pace of rental housing construction drops dramatically. Since in most cases the reason that rents were going up in the first place was that demand was outpacing supply, this form of rent control is counter-productive and in the long term makes the housing problems even worse.

In response and to try to sustain new housing construction, policymakers often choose to exempt new housing for a certain number of years – as Macri has done with her bill, which exempts units for the first ten years after the certificate of occupancy is issued. But the research shows that this doesn’t solve the problem; rather, it just creates a different set of problems. It effectively splits the rental market in two smaller ones: a rent-controlled one and an uncontrolled one, each of which have their own dynamic. The rent-controlled market sees a measured increase in prices as is allowed, vacancy rates tends to be exceedingly low, and tenants tend to stay in place for a long time: they know they have a good thing, and they want to keep it that way. Perversely, studies also show that rent control tends to reduce the economic mobility of tenants in rent-controlled units: tenants will commute further and in some cases turn down better jobs because of how much money they are saving on rent by staying in place.

Rents in the uncontrolled market skyrocket to levels well above what they would have been otherwise, and as a result, often the overall market for rental housing, including both rent-controlled and uncontrolled units, ends up just as costly on average as it would if rent control had not been imposed; the only difference is that some renters are getting a great deal, and others are compensating for them with even higher prices.

The research also shows that savvy landlords will find ways to remove their units from rent control. Under Macri’s scheme, they could take the unit off the market, do enough modifications to require a new certificate of occupancy, and then rent it uncontrolled for the next ten years. Also, it isn’t completely clear whether “vacancy de-control” would be allowed, in which when one tenant leaves and another moves in, the landlord can reset the rent back to market prices.

Or, if the landlord takes the unit off the market for a few months, swaps out the appliances and carpets, and then re-lists it, that would allow for marking up the prices. And some landlords will likely choose to stop renting altogether and simply sell their unit to a homebuyer instead. Collectively, these tactics have been shown to slowly pare away the total number of units under the rent-control regime, over time eliminating the perceived benefit of imposing rent control in the first place.

The bottom line is that rent control doesn’t work: it perverts the rental housing market in artificial ways that create new problems that are just as bad, if not worse, than the problem it was intended to solve. It also creates disincentives to the one tactic that has been shown consistently to have a positive effect in sustaining affordable housing prices: increasing the supply of rental housing.

Governments should build public housing and social housing, and provide economic incentives to private parties to build more rental housing at every price point. If one looks closely at the few jurisdictions that have imposed rent control and it hasn’t been a complete disaster, one finds that the government also invested in building a large amount of new housing – either simultaneously, or after discovering that private housing construction had cratered in response to rent control.

The message to governments is clear: skip the rent control, and jump straight to the part where they invest in building more housing.  Admittedly, that’s a tough sell: rent control is very seductive as public policy. Renters love it, it demonizes landlords (whom everyone already loves to hate), it’s immediate, and best of all, it’s free for governments: the landlords pick up the costs.

Contrast that with investing in housing: it’s very expensive, it takes years to make an impact while providing no immediate relief, and it creates even more landlords as well as creating a perception that elected officials are cozying up to corporate interests. But building housing works, and imposing rent control doesn’t.

Washington state is a case in point. The communities across the state who haven’t built more housing have seen rents increase dramatically over the last several years. But Seattle, Everett, and a handful of other places that have made the investment have seen relatively stable prices (modulo the seasonality within a year, and the crash-and-recovery during the COVID pandemic).

Here is ApartmentList.com’s data on rents for the past six years for Seattle, Bellevue, Tacoma and Everett, four cities that have spend the last five years or so building a ton of new housing. All saw relatively stable rental prices up until the beginning of the pandemic in 2020. (when doing year-to-year comparisons, make sure to look at the same month:  every year prices go up in the summer and drop in the winter, so comparing summer in one year with winter in another year is meaningless)

Here is ApartmentList.com’s data on rents for the past six years for Seattle, Bellevue, Tacoma and Everett, four cities that have spend the last five years or so building a ton of new housing. All saw relatively stable rental prices up until the beginning of the pandemic in 2020. (when doing year-to-year comparisons, make sure to look at the same month: every year prices go up in the summer and drop in the winter, so comparing summer in one year with winter in another year is meaningless)

For the record, rents dropped even further (and faster) in Seattle in December 2022, putting the city at – 0.9% over the past twelve months. However, other parts of the state where there weren’t investments in housing over the past several years have seen a very different outcome: steadily rising rents.

If you need further proof that rent prices have more to do with supply of housing than anything else, check out this overlay of Seattle average rents and vacancy rates:

Similarly, the point in the chart above where we see rents in rural Washington flatten out in mid-2021 coincides with when vacancy rates started going back up.

This is compelling evidence that if Rep. Macri and her colleagues want to keep housing affordable, they should drop their rent control proposal and stay focused on creating more housing. It works, and it’s the only thing that sustainably works. But don’t hold your breath: among her bill’s co-sponsors are both the Chair and Vice-Chair of the House Housing Committee. While it’s unclear what might happen on the floor of the House and in the state Senate, it seems likely that it will cruise through committee this
session.

Kevin Schofieldhttp://sccinsight.com
Kevin is a city hall reporter and the founder of SCC Insight, a web site focused on providing independent news and analysis of the Seattle City Council and Seattle City Hall in general. In a previous life, he worked for 26 years in the tech industry in a variety of positions but most notably as the COO of the research division at Microsoft. Kevin volunteers at the Woodland Park Zoo, where he is also on the Board of Directors. He is also the Vice Chair of the Board of Trustees of Harvey Mudd College.
Previous article
The “Washington Eight”: Washington Women in Congress
Next article
Still A Story: Where we are with COVID (And What you Need to Know)