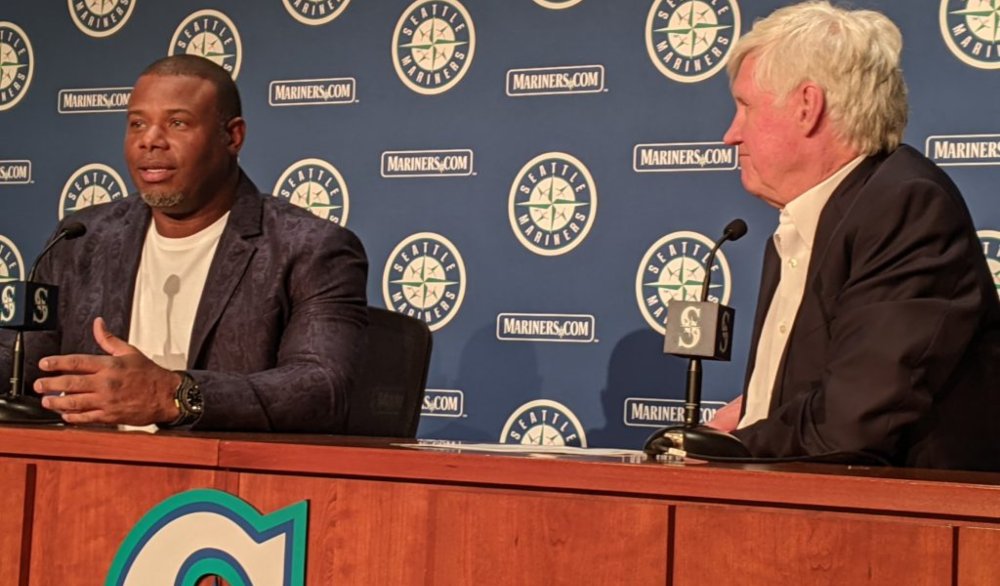 After almost half a century, it appeared this fall that the Mariners finally caught up to the top tier of baseball’s clubs. Then what happens? The elites hit the nitrous oxide button, and suddenly become dots on the far horizon.

The guess is here the Mariners are again so far behind, it will take another 20 years to catch up. Of course, by then, Puget Sound will have filled up the dugouts at T-ball Park and saltwater will have reached the baselines, so no one will care much.

The trigger event for forecasting the early sinking of the Mariners came this week when the New York Mets signed free agent shortstop Carlos Correa, 28, to a $315 million, 12-year contract to complete a flabbergasting off-season spending spree. The signing means the Mets likely will spend for 2023 nearly $500 million on their player payroll, luxury tax and benefits. The $113 million projected tax, according to salary tracker Sportrac, would be $70 million higher than the record.

For perspective, the Mariners player payroll for 2022 was $116 million (about what the Mets will pay in the supposedly punitive luxury tax), which bought them a second consecutive 90-win regular season and two rounds of playoffs. The Mets had a $268 million payroll, won 101 in the regular season, but lost the opening round of the playoffs to the San Diego Padres.

The Mets’ owner, Stephen Cohen, is baseball’s wealthiest, with a reported worth of $17.5 billion. He responded to the sudden disappointment of the season by making a shambles of MLB’s much-mocked payroll system — the only major pro U.S. team sport without a salary cap — by treating the luxury tax as Elon Musk would treat $44 billion: With cavalier disregard.

The response by the Mariners’ ownership, led by chairman John Stanton, to the club’s relative success was to stay in the shallow end and avoid splashing. Despite emerging from two decades of doldrums, they declined to participate in this season’s free agent frenzy.

They did spend large coin in-season to extend the contracts of their own top young players such as Julio Rodriguez, Luis Castillo and J.P. Crawford. And in the off-season they traded with Toronto for outfielder Teoscar Hernandez to replace oft-injured Mitch Haniger, and found a new second baseman, Kelton Wong, in a trade with Milwaukee. Both Hernandez and Wong have just a single year left on their contracts, so there is no risk of long-term failure.

The upticks are sensible and modest, evoking a sort of Scandinavian Lutheran reticence typical of old Seattle. But in the modern culture of extravagant indulgences from such as Cohen, Musk, Paul Allen and Jeff Bezos, the Seattle oligarchs look dowdy. Backlash from fans whose expectations were adrenalized by the first playoff games since 2001 was noteworthy.

In a recent interview on KIRO 710 radio, he said, “Right now, we have more future commitments — 2024 and beyond — than all but two teams in baseball. So we have spent our money, we have built larger payrolls, we’ve just done it in a different way than maybe the front-facing, basic 2023 roster might suggest. That’s where draft and develop and trade comes in . . . we are sometimes looking for shorter-term fits.”

His strategy was endorsed by a prominent national baseball writer, ESPN’s Jeff Passan, who criticized Seattle fans for being foolish.

“There’s this sort of disease that happens to sports fans that’s accompanied by winning, and it’s delusions of grandeur,” he told KIRO 710. “It’s this idea that once you’ve started winning, every single thing you do needs to be focused on perpetuating that winning. I think we can call it, like, San Diego Padre-itis.”

The reference was to the National League champions, who followed their World Series loss to Houston by loading up big talents with big contracts despite being the No. 30 TV market in MLB (the Mariners are 14th).

“I am suggesting that expectations may be a little bit outlandish right now,” Passan said. “It’s easy to forget about the Julio contract or about the Teoscar trade or about the Kolten Wong trade . . .… I think in the context of everything else, frankly, if you’re complaining about the Mariners at this point, you’re spoiled. That’s the reality. You’re just spoiled and greedy right now.”

To call spoiled and greedy a fan base that has never seen the hometown team in a World Series, and which ended a playoff drought of 21 years only three months earlier, is the acme of Trumpian hyperbole. I can’t wait for Passan’s line of digital trading cards.

Dipoto, Passan and many around baseball have become unmoored from three fundamental economic principles that are foundational to the game’s success:

In addition, the Mariners benefit from a monopoly within a monopoly. The Seattle MLB franchise is the only one in a four-state area, plus British Columbia.

The flip side of that lucrative isolation is that quality free-agent hitters with choices don’t want to come to Seattle because of the hellish in-season travel, and the distance from families, which are almost all in Florida, Texas, Arizona and Southern California, for the obvious reason. Plus, Seattle’s cold springs that last into July retard the flights of well-struck baseballs.

These circumstances dictate that the options for winning a World Series must include at some point massive overspending the MLB average salary. That is not to say their current long-term strategy is bad or wrong, just insufficient to the goal.

Which is why I’ve long been desirous of an MLB team in Portland.

Just to shake up the Seattle oligarchs.

The Mariners have no economic incentive to out-pace nearby baseball competition; there isn’t any. They even have a TV distribution monopoly with their majority-owned regional sports network, Root.

MLB has 30 teams and someday would like two add two more. But there’s nothing substantive in the works for a stadium to host the Portland Nikes (what else could they be called?). So for purposes of this exercise in baseball economics, we draw upon the real-life example of the Padres in San Diego.

The Pads had two winning seasons in the past 12 and share with the Mariners two market limitations: An ocean and an international border. But the Padres are much constrained to the north by two MLB teams less than 100 miles away.

So they must go to extreme lengths to win a title.

Already in possession of three of the game’s top offensive talents in Fernando Tatis Jr., Manny Machado and Juan Soto, they recently added free agent shortstop Xavier Bogaerts by giving him $280 million guaranteed over 11 years. Some think the Pads have the best quartet in the game. Their payroll might start the season north of $400 million.

Like Cohen of the Mets, team owner Peter Seidler has vast resources and an understanding of the virtues of monopoly for oligarchs who are freed from conventional thinking about budgets, risk tolerance and financial propriety.

“I’m financially trained,” Seidler told ESPN. “I have a budget in mind up there somewhere, and I think budgets get better when you win world championships. That’s our goal.”

As shockingly stupefying as MLB contracts have become in one off-season, owners wouldn’t do them if the deals compromised the mission statement. Seidler’s logic simplifies everything for all teams, even if the average MLB salary has gone to the far horizon.

Maybe the dreamy notion of a team in Portland wouldn’t inspire the Mariners to change their approach to financing baseball success. Apparently, nothing about  reality of what the Mets and Padres have done to hyper-activate the game has made them move, either. Maybe someday.

I suspect most Seattle baseball fans would like to see inspiration strike a bit ahead of Puget Sound’s signing of free-agent Arctic meltwater to help advance east up Edgar Martinez Drive.

Art Thiel
Art Thiel is a longtime sports columnist in Seattle, for many years at the Seattle Post-Intelligencer, and now as founding editor at SportsPressNW.com.
Previous article
The Rise of Rick Larsen
Next article
Bye Bye Harvey Weinstein: Hopefully for the Last Time!

Baseball on the Clock? Er… No!