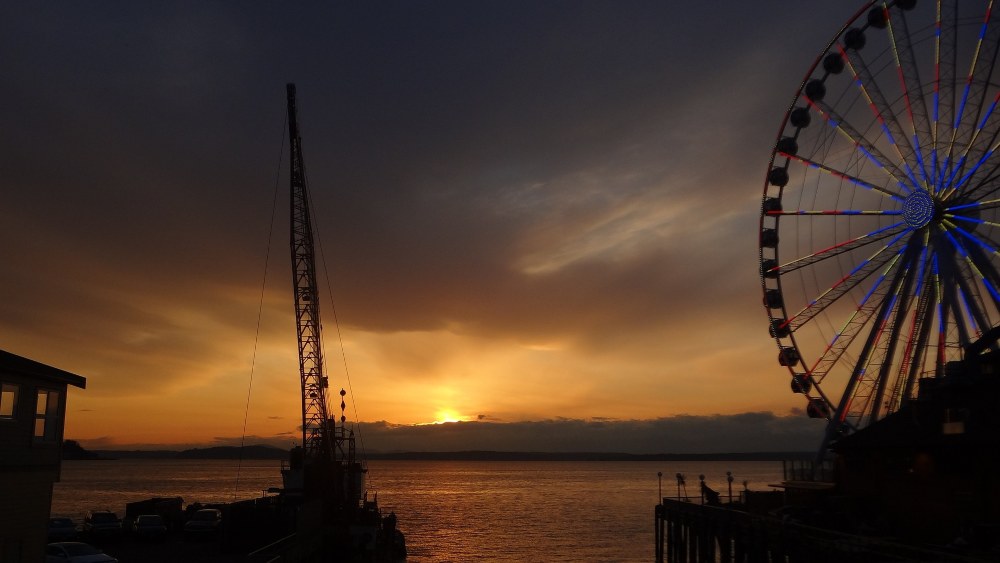 The solstice came, the solstice went,
this winter of our discontent.
It’s time to look at what’s just passed
and forward to what’s coming fast.
Some auguries aren’t hard to read —
a melting glacier’s all you need —
but others are a bit obscure;
we’ll try to guess, but hey, who’s sure.?

Some things we know we’re apt to get
one might, perhaps, lay down a bet:
that Howard Schultz will exit soon;
we won’t send people to the moon;
House GOP will say “no” – plenty —
still obsessed with 2020;
would-be Govs line up once more
in hope that Jay won’t go for 4.

Pandemic’s over – or it’s not —
these days we never see a lot
of people masked, but numbers say
the bug kills someone every day.
Then there’s the flu, and let us see . . .
and oh yes, also RSV —
a bleak new normal or a thing
that isn’t apt to last past Spring?
You had your shots? Be glad you did;
next year, they’ll charge for Paxlovid.

This year’s low rainfall caused alarm
for lots of folks who fish or farm;
perhaps to make us all feel better,
‘23 will turn out wetter.
Deluges may seem good news —
until they wind up in your shoes.

The price of gas rose off the page —
all real Americans felt rage:
This country’s steeped in On the Road,
the driving Okies all named Joad,
the Beach Boys and Chuck Berry, too;
the lure of driving isn’t new.
Those pickups with no loads or tools,
those rugged SUVs at schools;
our vehicles may cost quite a heap —
but gas for them? We want it cheap.
Will we avoid another spike?
That’s certainly what Joe would like.

The news looks grim, as we all we know,
but think of headlines years ago:
We’ll soon mark 60 since the day
when somebody shot JFK
(and also since — don’t call it screwy —
Kingsmen put out “Louie Louie.”)

Next year’s shortly going to be
the golden anniversary
of oil embargo – not so great —
and hearings aimed at Watergate:
Chilled drivers queued before the dawn
in hopes the gas would not be gone,
and anyone who cared to look
saw Nixon really was a crook

He surely would have been impeached,
a milestone he never reached;
he skipped before that happened, though
it took him two more years to go —
disgraced and ridiculed but then
he didn’t wind up in the pen.

Here, plywood hasn’t all come down
and some folks still avoid downtown
they certainly won’t go to tea
in restaurants that used to be.
and many seem to lack a yen
to see their offices again.

Bruce Harrell kept that little park
which most avoided after dark
and in the daylight, truth to tell,
when it was famed for Muscatel.
It’s chain-linked now, the tents all gone,
but hard to visualize as lawn
for now, it seems, through ‘23,
the fencing’s all we’re apt to see.

In West Seattle, they rejoice:
the upper bridge is now a choice;
now other neighborhoods can fret.
about the bridges not fixed yet.
The city may soon have a plan
to fix or scrap Magnolia’s span
The cost could be – they still don’t know –
a half a billion bucks or so.

Snake River dams aren’t falling soon
our Democrats burst that balloon
but maybe someday – one can wish
it happens while there still are fish.

The Mariners, no longer cursed
were not by quite a ways the worst;
they’ve finally played a playoff game.
Perhaps next year, they’ll do the same.
(The last time? That would have to be
when Ichiro was MVP.) —

Poor Russell hasn’t cooked back there;
let’s blame it on thin mountain air —
but Geno, left to drive the car,
became an unexpected star.
Reality arrived too soon;
it up and spoiled the honeymoon —
which happens in the NFL
when guys don’t tackle very well.
Is Geno future or the past?
Perhaps this year won’t be his last.

They held the World Cup in Qatar;
why did they have to go so far?
If you prefer, you can say “cat-ur;”
Go ahead; it doesn’t matter.
Money talked (said crime does pay);
It spoke to lots of folks, they say.

But Messi finally got his Cup,
The French were – barely – runners-up.
The U.S. men’s team did OK;
Pulisic and the guys can play
though they had clearly hoped for more,
(reluctant though they were to score);
goals might have helped, perhaps as much,
as better D against the Dutch.

What did Pramila think when she
went dabbling in diplomacy?
She showed a lot of cluelessness —
and then blamed others for the mess.
Kim Schrier’s still in, Joe Kent is out,
which must be worth a modest shout.

The polls, it seems, had got it wrong:
it turns out Patty’s pretty strong;
the close race some had hoped or feared
just never, ever quite appeared.
Next year, she’ll start term six – ahem! —
as Senate president pro tem
and will no doubt appropriate
some tasty pork for her home state.

And Dr. Oz – a Jersey guy —
who morphed to Trumpist on the fly,
a Pennsylvanian, too, somehow,
can go on back to Jersey now.

Ex-Bulldog Herschel was unfit,
a liar and a hypocrite.
“Redemption” was the word some used
to say his sins should be excused.
If he had won a Senate seat,
redemption might have been complete —
but voters in the Peach State seemed
to doubt that he could be redeemed.
A cause to smile but not to gloat –
he still got nearly half the vote.

The Court scrapped Roe and Casey too.
Those wacky jurists – you know who –
trashed precedents of 50 years
which caused some outrage, raised some fears:
when next year’s rulings come along,
why, what could possibly go wrong?

Recession coming? That would be
like Christmas for the GOP:
Republicans could posture, then
make Hunter Biden news again.

The House committee, at long last,
released its findings, and has passed
along to folks at DOJ
a set of facts it thinks this time
reveal Trump’s recent life of crime:
obstructing government — well duh! –
conspiring to defraud – uh huh! –
and then the gem of the collection:
aiding a small insurrection.

Now that Trump’s a candidate,
will Merrick Garland let him skate?
Felicia James would like to see
his firm on trial in ‘23 —
with Trump himself, his offspring, too.
What do you think the courts will do?
A prison cell? He won’t go there;
a jumpsuit might clash with his hair.

The British won: Liz Truss is out;
so what was all of that about?
Though Sunak’s had no problems yet,
how many more months will he get?
If he, too, makes a mess of things,
will Boris step out from the wings?

No doubt King Charles’s coronation
will inspire some celebration
but it won’t prop up the pound
or make Scots want to stick around.

We see that Bolsonaro’s gone
down there beside the Amazon
we’ll see how Lula does this time —
his bar’s set lower than a dime —
at least he hasn’t been the man
who trashes forests ’cause he can.

Did Putin think the crowds would greet
with flags and flowers in the street
his troops and never let them leave
once they marched quickly into Kiev?
How loony that assumption seems —
much like our own old Baghdad dreams.

The KGB vet seems to yearn
for good old days that won’t return
with folks in gulags left to rot
and Stalin having people shot,
but hey, the old U.S.S.R.
controlled more land than any Czar.
What new czar wouldn’t feel disdain
toward aspirations of Ukraine;
and quickly rocket into rubble
towns that caused him any trouble?

May the glaciers hang on a while,
new hurricanes spare reef and isle,
endangered salmon runs survive,
and this year’s orca calves both thrive,

When listening in home or car,
To Enumclaw? Delvon Lamarr?
let’s just ignore the ticking clock
sad vestiges of Christmas schlock,
and raise our eyes from page or screen —
some things just shouldn’t go unseen:
plum blossoms on a snowy day,
last summer’s blooms in bales of hay
pale trilliums in forest ground,
dark orcas swimming through the Sound
old roses blooming one more year
sea critters underneath a pier

a kinglet flashing glints of red,
an owlet swiveling its head
and if you’re lucky, on a lawn,
a cat communing with a fawn.

See salmon running in the fall,
Camille A. Brown at Meany Hall,
vine maples up in Stevens Pass,
Red Mountain red there in your glass.
As months ahead go flying by,
there’s not a lack of things to try:
a plunge into a Cascade lake;
a slice – go on! — of birthday cake.
Let’s pet a dog. Let’s hug a tree.
And raise a toast to ’23.