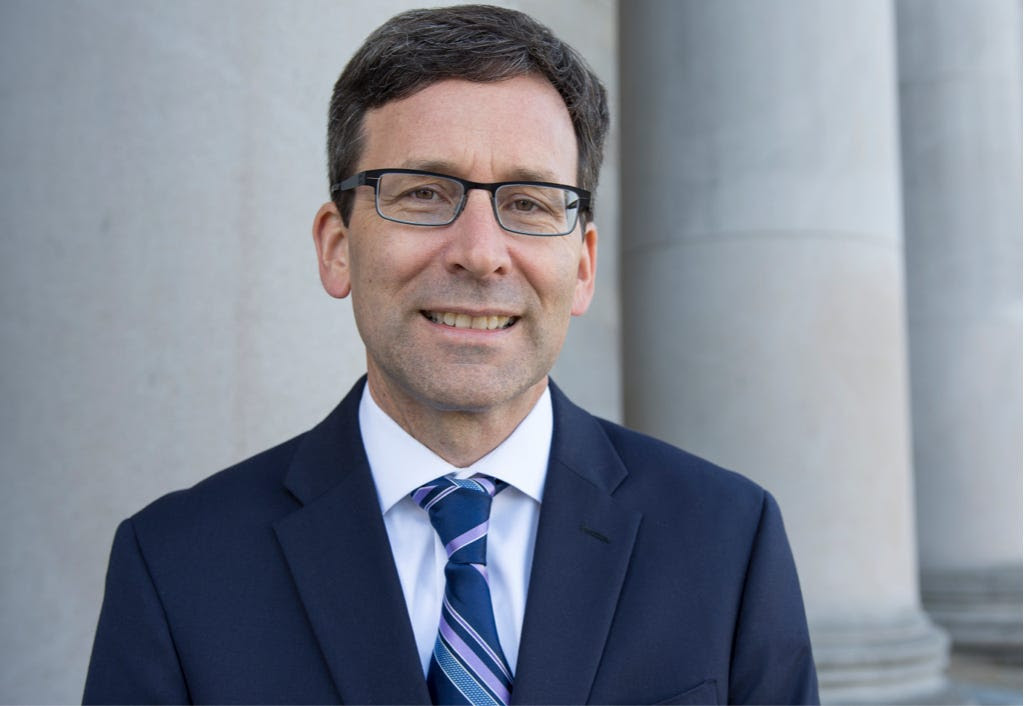 Attorney General Bob Ferguson has raised some $300,000 in campaign cash since Election Day, per his campaign’s filings with the Public Disclosure Commission.

The money is nominally for Ferguson’s re-election campaign in 2024, but it’s better viewed as an increasingly formidable war chest for a bid for governor that year. The Democrat’s haul of about $177K between Dec. 1 and the beginning of the fundraising freeze on Dec. 10 likely leaves him with north of $1 million in that account. He’s also got $2.8 million stashed in a surplus account from his two reelection campaigns, in which he breezed to easy wins.

Inslee, meanwhile, had just $103K on hand for his probably-not-happening reelection campaign and $231K in surplus cash as of the end of November.¹ His ongoing political operation has been mostly running at a deficit since he was reelected in 2020, and he has repeatedly tapped his surplus to subsidize it. There’s plentiful evidence he’s raising money for something, but apparently not a reelection bid. No Washington governor has ever sought a fourth term.

Ferguson’s stash of roughly $4M is a solid start with nearly two years to go before Election Day. Inslee spent about $12M beating Republican Rob McKenna for an open governor’s mansion in 2012 and less than $8M brushing off Loren Culp in 2020.

Ferguson’s building himself a briar patch because he’ll likely get a primary challenge from some combination of King County Executive Dow Constantine, Commissioner of Public Lands Hillary Franz, and some players to be named.

While 2024 may seem like a long way off, this could get real fairly soon. Former Gov. Chris Gregoire announced she wasn’t running² in June of 2011, some 18 months before the end of her second term.

The Jackson Legacy Fund, a PAC that backs moderate Democrats in hopes of checking the leftward movement of the majorities in the Legislature, quietly stood up a separate advocacy organization recently.

The Center for Pragmatic Leadership got $10,000 in seed money from JLF at the end of November. The new group’s sparse website says it “attracts those interested in promoting balanced leadership in state government and developing a policy agenda that appeals to the state’s political center.”

We’re told the new group will offer centrist solutions to thorny issues including housing, the unsettled state of drug-possession law, and that whole nurses-vs.-hospitals thing we wrote about in the spring.

Now, $10K may not seem like much, but the JLF has access to some very deep pockets with even deeper interest in how things work in Olympia. Here are its top donors this year:

That’s a very interesting collection of bedfellows that includes the Carpenters, one of the largest building-trades unions, and the Building Industry Association of Washington, which represents the state’s homebuilders. Those folks don’t typically get along.

Further down the list are more heavy hitters, including the Realtors, two of the largest natural gas companies operating in the state, and your friendly neighborhood online retail giant.

Those big institutional voices increasingly find their friends in the Legislature outnumbered as the Democratic majorities grow larger and more progressive and freeze out Republican-aligned business interests and even some traditional Democratic allies in labor.

The Jackson Fund had a mixed record on the campaign trail this year. Its single biggest play was Citizens For Legislative Accountability, which tried to take out Rep. Alex Ramel, D-Bellingham, up in the 40th District, over his support for phasing out most uses of natural gas. That bid to supplant Ramel with Trevor Smith, a fellow Democrat and an operative for the Laborers’ Union, fell flat in the primary. The PAC elected not to send good money after bad and turned its attention to other races.

It spent in support of Secretary of State Steve Hobbs, who won narrowly, and in defense of Rep. Alicia Rule, D-Blaine, who fended off a tough challenge in Whatcom County’s 42nd District. Rule voted with Republicans on several hot-button issues during her first term.

The new project is a 501(c)(4), which allows for significant partisan political activity.

A nuance on the cap gains tax

The constitutional uncertainty over the capital gains tax has the fancier end of the tax planning profession — think accountants, wealth managers, and tax attorneys³ — scratching their heads and occasionally tearing their hair over how to advise their clients.

The Department of Revenue is grinding its way through the rulemaking process on the tax even as the Supremes prepare to hear arguments next month on whether the tax should live or die.

Among the thornier issues is exactly how the 7 percent tax on most long-term capital gains over $250,000 per year should be calculated. (Warning: Extreme tax wonkery just ahead.) Do you use the capital gains number from the front of the federal income tax⁴ form, which includes short-term gains and losses, or the long-term gains number from Schedule D, which is a simpler calculation? The bill as passed wasn’t crystal-clear on this, and the difference can be, as they say in the business, material.⁵

The folks at Revenue were kind enough to answer this question on deadline: “Net long-term capital gain” refers to the amount reported on an individual’s Form 1040, Schedule D (Part II, Line 15).”

So there you have it. Some folks who interpreted it the other way may have some ‘splaining to do. If the tax survives, it would be levied next year on capital gains realized in 2022.

1. Inslee’s campaign hasn’t filed any disclosures this month, so we don’t know how he did in the final 10 days before the freeze.

2. Gregoire spent most of her second term mired in the budgetary fallout of the Great Recession and was widely considered vulnerable headed into 2012.

3. We have many readers among those folks because the Woman Who Lets Me Live With Her works in that world and spreads the Observer far and wide, bless her.

4. The fact that the number comes from a federal income tax form is among the facts opponents of the cap gains tax deploy to argue that it’s an income tax and therefore unconstitutional.

5. Translation: A truckload of money can be at stake because short-term losses on assets held for a year or less can offset long-term gains for federal tax purposes.

This report comes from the author’s website, Washington Observer.

Paul Queary
Paul Queary, a veteran AP reporter and editor, is founder of The Washington Observer, an independent newsletter on politics, government and the influence thereof in Washington State.
Previous article
Musical Chairs for Local Episcopal Leaders
Next article
Career Advice: I Ask ChatGPT About My Prospects as A Wine Critic