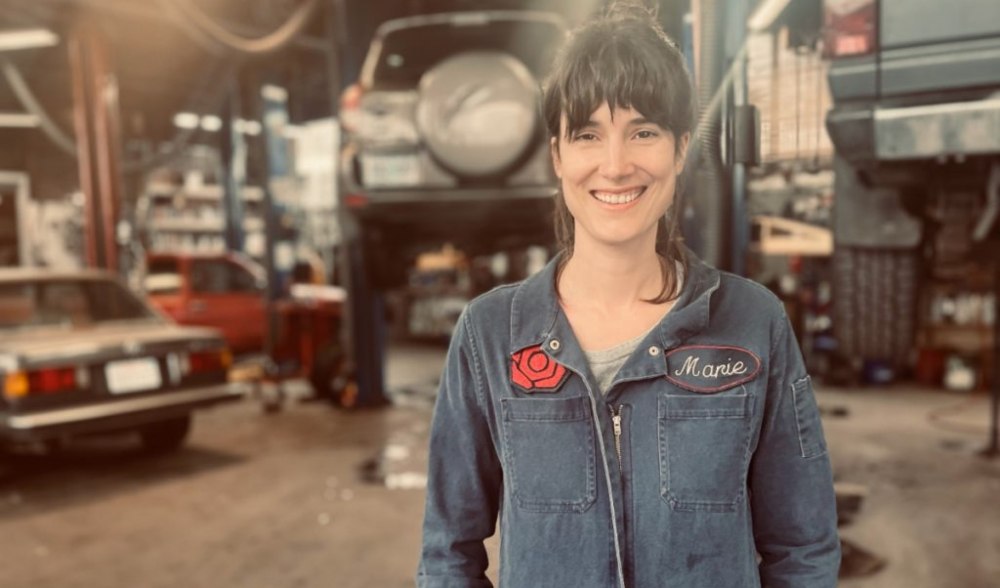 Gluesenkamp-Perez: “People Like Me Don’t Make it to Congress Very Often”

However, Kent lost in the mother of 2022 election upsets. Seattle supporters joined Democratic Rep.-elect Marie Gluesenkamp-Perez lifting cups in celebration last week.  “People like me don’t make it to Congress often,” said the Skamania County resident and co-owner (with her husband) of a Portland auto repair shop.

Looking ahead, however, MGP said of 2024: “This is [Republicans’] Number One pickup.” She ain’t kidding, having won with 50.14 percent of the vote.  Joe Kent, a 2020 election denier, has become a 2022 sore loser.  He is paying for a recount, using the recount as a vehicle to raise money.

Gluesenkamp-Perez has a short time to secure her seat.  She needs to staff an office in Washington, D.C., and field a topnotch constituent operation back home to meet needs of a needy, Republican-tilting district.  She also needs to build up expertise on both national and Southwest Washington-specific issues.

Interviewed in the latest edition of The Nation, MGP is fielding attention across the country as a moderate Democrat who ran well in rural and blue-collar areas. “She is so unlike anybody else, but she is the future for our party,” Suzi LeVine, former Ambassador to Switzerland, said.  MGP even carried Pacific County, which Sen. Patty Murray lost in the same election year.  She also ran well ahead of Murray in Republican-trending Cowlitz and Skamania Counties.

Gluesenkamp-Perez faces an overarching task. She needs to get reelected.  Upset winners have targets on their backs when they seek a second term. Being proactive is the key to political survival.

A “Porcupine Strategy,” LeVine suggested.  Erect such formidable defenses and raise such a war chest that “nobody will touch you.”  Later, she elaborated: “Raising the necessary and formidable resources early and often will enable Marie to spend less time raising money and more time meeting the needs of her constituents – the number one factor in keeping her seat.”

The press loves to talk about money, but serving the district is a bigger source of sustenance and survival. It’s also much more enjoyable that walking blocks from House office buildings to party offices in order to spend hours “dialing for dollars.”

After flipping a seat held by Republicans for 36 years, Rep. Kim Schrier found herself representing a district (the 8th) that straddles the Cascades. The Issaquah pediatrician focused on concerns of Republican-leaning Chelan and Kittitas Counties.  Schrier became a champion of water enhancement in the Yakima Basin, an expert in removing bottlenecks to the export of hay, and a helpmate in preventing the cherry crop from freezing.

Herself a diabetic, Schrier has become a force for capping the cost of insulin.  She’s held multiple town meetings, studied policing from the seat of a patrol car, and boned up on the U.S. 2 (Stevens Pass) corridor, added to her district through redistricting. Schrier just won her third term by a margin of 23,000-plus votes.

“It was because of people like you” that she won, Gluesenkamp-Perez told supporters.  She received almost no help from the Democratic Congressional Campaign Committee.  The dollars and doorbell ringers came largely from within the district and state. So did imaginative advertising, such as the TV spot showing MGP sliding out from beneath a car under repair.

“All politics is local,” the late House Speaker Tip O’Neil famously said.  We’ve nationalized politics of late, with national party PACs churning out nasty, boilerplate TV spots.  But connecting with constituents remains a big deal in places like the 3rd and 8th District.

To this end, Gluesenkamp-Perez has quickly and smartly hired two caseworkers from the staff of outgoing Republican 3rd District Rep. Jaime Herrera Beutler, who held onto her seat by mastering the art of constituent service.

Joel Connelly
I worked for Seattle Post-Intelligencer from 1973 until it ceased print publication in 2009, and SeattlePI.com from 2009 to 6/30/2020. During that time, I wrote about 9 presidential races, 11 Canadian and British Columbia elections‎, four doomed WPPSS nuclear plants, six Washington wilderness battles, creation of two national Monuments (Hanford Reach and San Juan Islands), a 104 million acre Alaska Lands Act, plus the Columbia Gorge National Scenic Area.
Previous article
UW Students Fear for Safety
Next article
Rise of the “Nones” How Americans Turned Away from Religion