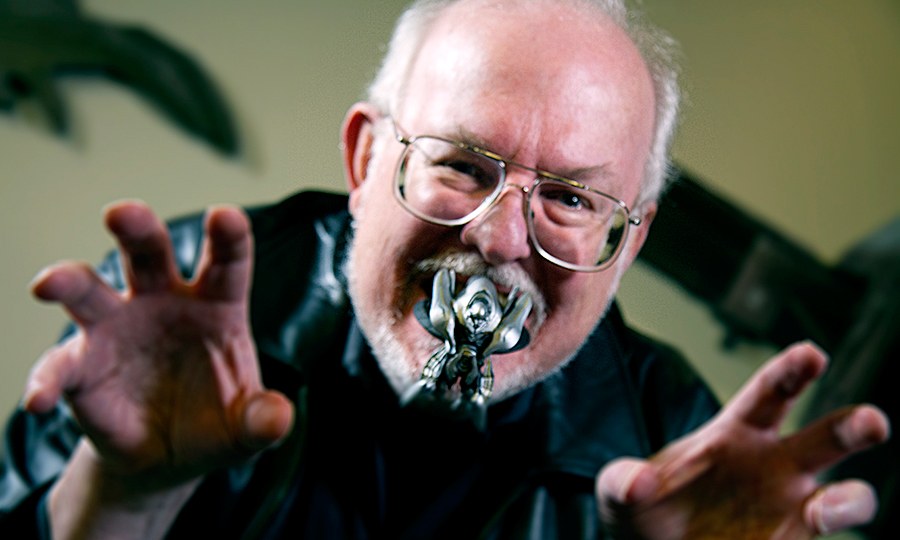 I don’t remember the first time I met Greg Bear, but one of our early encounters took place about 20 years ago when we were both guests at a small gathering in the surprisingly low-key high-tech (I credit his wife) Medina home of a billionaire who shall remain nameless. Greg and I struck up a conversation about books.

Since I was a bit of a genre snob back then, when the conversation got around to writers, I mentioned my love for Henry James, thinking that a reference outside the sci-fi world might throw him off. Hah! I was simultaneously taken aback and down a peg when he launched gracefully and knowledgeably into a perfectly suitable-for-light-party-banter seminar on James. It didn’t begin to contain everything he knew or had to say about James, but it was enough to keep me fascinated and challenged for another half-hour.

As I came to know him better, it became clear that Greg knew a lot about a lot of things. But he rarely led with that. He was always more likely to draw others out in conversation than he was to talk about himself. He wasn’t terribly interested in showing off how much he knew. Unless, of course, you asked. The difference between a mansplainer and a thoughtful explainer is that the former doesn’t wait to be asked. He just launches. More often than not, Greg waited to be asked. Then he would happily launch, in which case it would be a good idea to find a comfortable chair and let it wash over you. Greg wasn’t perfect. He was merely a polymath.

He was also modest, charming, funny, generous, and kind. I know about those last two qualities because I suspect I was pretty unbearable on the day he schooled me on Henry James. He had an old-fashioned but genuine courtliness that I found especially endearing because it can be mistaken these days for condescension. It’s a difficult skill to manage in the modern world, but Greg did. He laughed easily but always with real delight when he was amused by something someone else said. He had a natural ability to make others feel as smart and interesting as he was.

Octavia Butler liked him. What can I say?

There are a plenty of hacks working in Sci Fi, as there are in all of the genres, especially the Literary one. But Greg was no hack. He was a masterful and accomplished writer, whose understanding of human nature was as sophisticated and deep as his technical and scientific knowledge. He wrote great female characters too—a skill that does not run like a wildfire through the world of sci-fi bros.

I attribute some of that ability to Greg’s nearly 40-year marriage to Astrid Anderson Bear, woman of charm, insight, and formidable intelligence. You could not live for that long with Astrid without realizing that women are a powerful force in the universe. She recently posted a photograph on FB of the box containing Greg’s ashes sitting in the front seat of her car. Her comment was: “Quietest passenger ever.” I can hear Greg laughing with delight at that perfect combination of pathos and humor.

One of my favorite memories of him came a few days after I had read Oliver Morton’s snarky but fair review of Michael Crichton’s novel, Prey, in the New Yorker (12/02/02). To put it tactfully, Morton was not overwhelmed by the book. In the second-to-last paragraph he wrote: “Prey, with its kill-them-all-and-get-out approach, is neither as frightening nor as fascinating as Greg Bear’s novelette of twenty years ago, Blood Music, in which the characters, transformed by the nanotechnology within them, become both far more and much less than human.”

A few days later, at a regular Sunday-night dinner with mutual friends, I announced to Greg with great satisfaction, “You got a boost from Oliver Morton at the end of his review of Michael Crichton’s new book. He compared the two of you, and of course you came out ahead.”

First he laughed, then he smiled, and finally he said, “Well that’s nice to hear. But I would happily trade any number of my good reviews for just one of Crichton’s royalty checks.”

That was Greg: self-effacing, sensible, and a skillful wielder of repartee.

If it isn’t obvious by now, let me make it so: I completely agree with Morton’s assessment of Blood Music. If you haven’t read it, you should. It’s well-written, original, brilliantly imagined, and haunting story of what happens when a scientist who has been ordered by his employer to halt his nanotech biology experiment, decides to inject it into his body so he can smuggle it out of the lab and continue working on it alone. The consequences of his decision are even more astonishing and mind-blowing than you could imagine, but Greg makes it all feel real and plausible. The story that book was based on won him a Nebula Award in 1983 for Best Novelette and a Hugo Award the following year in the same category. Altogether, Greg won five Nebula Awards and two Hugo Awards.

Crichton is not the only writer Greg has been favorably compared to. British author and critic Dave Langford wrote this about Blood Music: “The finale is magnificent. The only problem is that it’s nigglingly close to the conclusion reached by an author extrapolating from a different start-point: Arthur C. Clarke in Childhood’s End. But Bear, I think does it better – and goes beyond even Clarke. Strongly recommended.”

Better than Clarke! You could trade that review for pretty fat royalty check. And Greg would have deserved it.

Greg Bear died on November 19, due to multiple strokes following surgery to repair a damaged artery. He never regained consciousness. His doctors and his family made the difficult decision to remove him from life support in accordance with Greg’s own advance healthcare directive. He was 71 years old. He created a lot of great work and he had plenty of great work left in him, which make his death feel even more tragic and untimely. 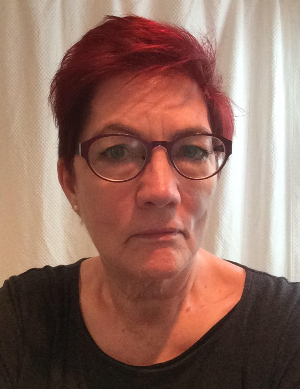 Kathy Cain
Kathleen Cain began her career in Seattle writing and producing documentaries and talk shows for television and radio. She hosted a two-hour interview program on the notorious KRAB FM, was a contributing editor for late, great Seattle Weekly, and a writer/creative director at the legendary Heckler Associates for many years before starting her own communications consulting firm, Cain Creative.
Previous article
Write Stuff: Typing in Port Townsend
Next article
Pipeline Wars: Keystone Leaks and Republicans Gird to Revive XL in New Congress