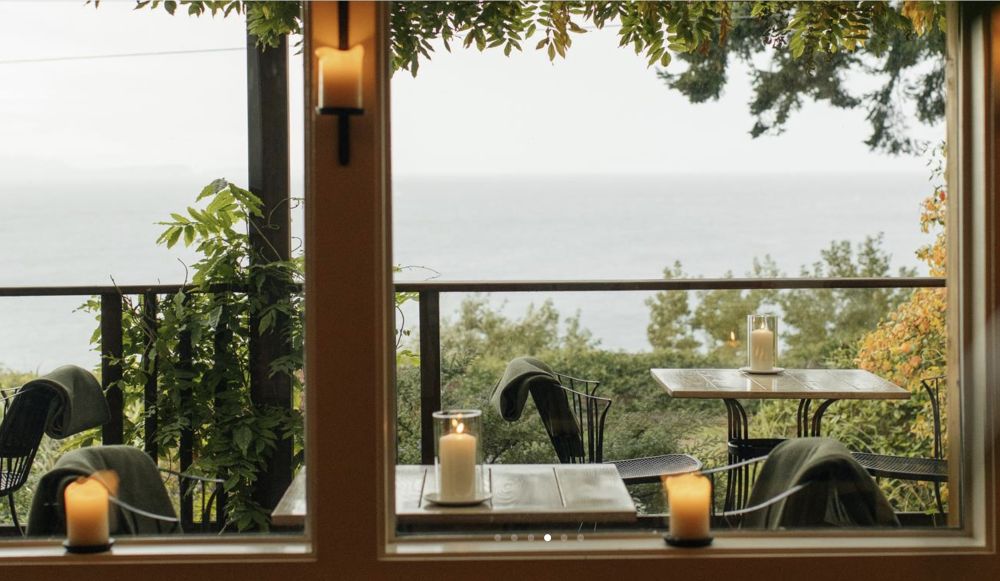 The besieged Willows Inn on Lummi Island, once a global culinary luminary, served its last meal just before Thanksgiving. The inn, which drew patrons from all over the world, has closed. Owners Tim and Marcia McEvoy are donating the property – a restaurant and inn valued at more than $2 million — to Bellingham-based Lighthouse Mission Ministries, a Bellingham nonprofit that works with the homeless.

The transaction is oddly circular, going from one nonprofit to another. In 2012 the McEvoys purchased the property from islander Riley Starks, who had been operating the Willows for the nonprofit Whatcom Community Foundation. Starks currently is in Miami, attending a fundraiser for sustainable fishing methods. (He heads the Salish Center for Sustainable Fishing.)

Contacted by phone, Starks reports being shocked over the closure and donation of the Willows. He said, “I was just having Sunday breakfast there. They didn’t tell anyone about closing.” He called the closure “sad,” a loss for people working at the restaurant and for the island bed-and-breakfasts that served patrons attracted to the restaurant. However, Riley acknowledged the Willows had been suffering from “bad vibes, not quite a poisonous atmosphere,” despite having settled lawsuits brought by the employees who alleged discrimination and harassment.

The Willows first gained its international reputation when 26-year-old Blaine Wetzel, who trained at Copenhagen’s world-famous Noma, arrived as chef/co-owner and promised farm-to-table cuisine. The New York Times was quick to declare the Willows one of “the ten restaurants worth a plane ride.” There was no end to the Times’ adoring praise, citing the Willows as “one of the great gastronomic experiences to be found in New York, London, Barcelona, Singapore, and Sydney.” It was a heady reputation for an establishment located on a remote, small island.

Smothered in superlatives, the restaurant drew gastro-tourists from all over. The islanders still speak with awe about wealthy diners arriving by seaplane. They tell of the time that the Willows scored a visit from a luxurious Russian-owned mega-yacht. The Willows ferried gourmet meals to the 30 jet-setting passengers.

However, all was not well at the fabled establishment. New York Times food writer Julia (named for Julia Child) Moskin wrote a lengthy expose of the Willows’ employment practices. Her 2021 account – complete with scenic half-page photos — appeared under a provocative headline: “The Island is Idyllic. As a Workplace, It’s Toxic.” Moskin, who had won a Pulitzer for reporting on sexual harassment in the wine and restaurant industries, detailed complaints about exploitive working conditions at the Willows.

Subsequently, the Willows settled two class-action lawsuits for just under $2 million. But that didn’t stop the flood of negative publicity. Other stories discredited the restaurant’s claim of serving only local ingredients. Whereas the $225 dinners included dishes like foraged dandelions and custards infused with birch bark, the truth is that it was impossible to serve 25 locally-sourced dishes to some 40 diners six nights a week during the restaurant’s April-December season. Some ingredients did indeed come from the forest and from the Willows’ nearby farm and fishing boats visible from the restaurant’s dining room. But other items were fetched from the mainland and even from a neighboring Costco.

Closure of the Willows was bannered around the world, with headlines (“Lauded food darling closed”) appearing in such publications as Bon Appetit, New York Times and The Daily Mail, as well as the Seattle Times, Cascadia Daily and the Spokane Spokesman-Review.

Yet the closure has stirred mostly low-key responses from the island’s 1,000 residents.  On the Lummi Next Door website, Wynne Lee termed closure “a blessing or a curse depending on who you are.” Resident Bobbie Hutchings spoke by phone about “the end of the long-drawn-out and painful episode with the Willows being donated to a good cause.” Nevertheless, like most commenters, Hutchings voiced concern for those workers who have lost their jobs.

Paul Davis, editor of the island newsletter, said he was skeptical that “a first-class restaurant could continue to make money on an operation that catered only to the wealthy.” He pointed out that most islanders, many of them artists, academics, and retirees, have never eaten there, since it was too expensive for their pocketbooks.

Concern on Lummi Island (where I have a weekend getaway) is centered on what will happen next to the Willows’ magnificent view property. In a press release, Lighthouse Mission president and CEO Hans Erchinger-Davis termed the McEvoy’s gift “a grace in itself.” He noted, “We’ve turned unhoused people away due to capacity constraints and this support will give those on our streets a fighting chance.” He added that it is unlikely the homeless will be housed on Lummi, which implies that the property will be sold.

Islanders have been thinking about what they’d like to see happen to the restaurant property. One commenter said, “I hope the next incarnation treats people better.” Several others spoke about their ideal restaurant: “one that is affordable and friendly and has a pub for islanders and visitors alike.” Presently the island is served by one lone eatery: the Beach Store Café, which has an affordable menu and a popular beer garden.

Memories of the Blaine Wetzel years at the Willows may live on. Moviegoers – Riley Stark among them – report having seen “The Menu,” a black comedy starring Ralph Fiennes as master chef Julian Slowik. The movie introduces a group of gourmets who pay $1,250 to be transported to an isolated island for a legendary multi-course meal. One reviewer noted that the fictional account is “a mashup of haute-rustic destinations like Noma in Copenhagen, Blue Hill north of New York City, chef Francis Mallman’s private island off Patagonia and the Willows in the Pacific Northwest.” Stark confesses that some episodes had him laughing.

The movie’s dark satire told a fictional story about restaurant culture with the head chef portrayed as a drill sergeant. Another story could be told about a place like The Willows and the clash between classic restaurant protocol and the equalitarian values found on an island where most residents vote for liberal causes and candidates. At one point during the Willow’s employment woes, a group of Lummi islanders arrived, bullhorns and signs in hand, to demonstrate on behalf of workers’ rights.

Meanwhile, life on Lummi goes on without a world-class dining establishment. Residents are seemingly more interested in the annual Holiday Bazaar at the Beach Elementary School (“free Lummi Caramel samples”) and in welcoming a Ukrainian couple and their two adorable children (Tamirlan and Vasylysa) to the island.

Jean Godden
Jean Godden wrote columns first for the Seattle Post-Intelligencer and late for the Seattle Times. In 2002, she quit to run for City Council where she served for 12 years. Since then she published a book of city stories titled “Citizen Jean.” She is now co-host of The Bridge aired on community station KMGP at 101.1 FM. You can email tips and comments to Jean at jgodden@blarg.net.
Previous article
Midterm Lessons: Moderation Wins, Extremism Loses
Next article
Decoding Jazz: Tuesdays @Seattle’s Owl N’ Thistle