In line with other European countries and many parts of the USA, Britain has important museums and art galleries in its big cities. It also has significant theatre companies scattered among leading cities. Although Britain’s opera and music organizations are generally of good quality, their quantity is notably smaller than, for example, Germany, which reportedly has 80 permanent opera companies, and Austria.

Arts Council England – the rough equivalent of the America’s National Endowment for the Arts – provides some financial support to many arts and culture organizations. It proudly announces that British arts and culture attract significant tourism that makes a contribution to the national economy.

Of course, as currently in many other countries, the British economy is impacted by inflation and some recession, affecting its arts and culture. But the Arts Council’s recent funding decisions for 2023-2028 may cause further problems. The Council has proposed to increase its funding to non-London locations and thus reduce the London-based recipients’ support. One example is to cut off funding for the English National Opera if it stays in London and to subsidize its move to Manchester.

One objective in this decision is consistency with the British Government’s policy to reduce socioeconomic and locational inequalities. In economic and financial terms London, like most national capitals, is statistically considerably better off than elsewhere in the country. This means that its own individual cultural donors are likely to be financially more supportive of cultural organizations than elsewhere, though London’s property and employment costs are higher.

I find one of the Arts Council’s recent decisions affecting London to be seriously questionable. This is a decision to stop from 2023 onward all regular support for London’s English National Opera, and to offer the company some temporary money for the costs of locational change if it agrees to move away from London, and especially to Manchester.

It does not seem probable that the English National Opera (ENO) would be able to relocate to any theatrical building as suitable for opera as its present London Coliseum, which is splendid in size and acoustics. Nor is it likely that London’s second opera company would be able to continue employing or replacing its fine orchestra, its good regular soloists, directors, stage managers, and company managers. In any conceivable alternative, the accessible local population would be much smaller and so would its local donations. Its income could probably not maintain anything like its current quality or scale and frequency of performance.

Thus, whatever might be the cultural advantage to the locality to which it moves, the overall national British opera accessibility and quality would fall. Also relevant is that the English National Opera only does opera in English, whether by translation from original librettos or with original English librettos (for example, Benjamin Britten, Michael Tippett, and Gilbert & Sullivan).

The English National Opera is the only opera company with that policy in Britain (and, as far as I know, in the world) so its diminution would damage the accessibility of opera in English. And since English National Opera is one of the London arts attractions to overseas visitors (perhaps particularly from other English language countries), its removal from London might slightly reduce overseas tourism and its economic value.

The Arts Council’s decision has led to great controversy. This has included objections from some Members of Parliament. There is now apparently some formal consultation between the ENO and the Arts Council, overseen by the Government’s Culture Department.

The British Government’s geographical and socioeconomic equalization policy has within Britain considerable and justified support, so it’s not surprising that it should be applied to shifts in cultural support. Even so, the English National Opera decision seems particularly questionable. It’s also relevant that the Government has strengthened that policy since the two general elections in 2017 and 2019 which led to the Conservative Party’s historically unprecedented control over a significant number of Northern English constituencies, which will be important in future elections. The arts and culture shifts out of London in recent years – more northwards, than eastwards or westwards – may help its candidates’ electoral rhetoric.

There is a second issue relevant to locational equity – British Government attitudes towards the British Broadcasting Corporation. A New Yorker article on 11 April 2022 by Sam Knight explains how for many decades Conservative governments have reduced financial support for the BBC. Increasingly, the BBC is criticized because of ideological preference for private organizations.

The Government does not directly control the BBC but does determine the TV license fee which provides the very large majority of its income. The reduced fee in real terms has notably diminished that income since Conservatives came to power in 2010. Weakening the BBC is inconsistent with local equalization because the BBC provides very fine Symphony Orchestras outside London – including the BBC Philharmonic in Manchester – and also 15 regional TV and News programs, as well as 24 local radio programs of which only one is in London. So further weakening or eventually abolishing the BBC will undoubtedly seriously diminish non-London radio and TV programs and music performance.

The BBC is also more widely accessible across the world than any other country’s broadcasting system, so its further weakening will probably do damage to Britain’s global outreach which the British Government rightly thinks to be important. 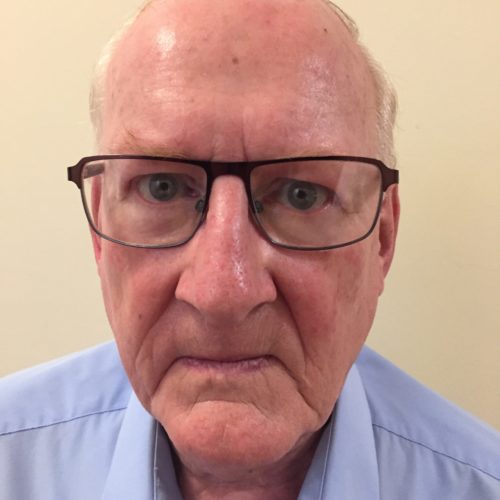 Tom Luce
Tom Luce, a retired British Civil Servant, splits his time between Seattle and London.
Previous article
If Growth is Essential to Success, What Happens When our Birthrate Declines?
Next article
What are You Having for Dinner Tonight? Here’s Tonight’s White House State Dinner Menu