Seattle has experienced a lot of growing pains in recent years – and so have its City Council districts.

Between the 2010 and 2020 Censuses, Seattle added 130,000 residents, and the population of the average Seattle City Council district swelled by nearly 20,000. And with that growth comes change.  Seattle’s City Council Redistricting Commission, tasked with re-balancing the districts to match their “ideal” populations, had their work cut out for them.

Local redistricting processes typically tend to be sedate affairs. Not this time around. Seattle’s extreme growth made for an unusually challenging line-drawing project. The resulting map will have a significant impact on our City Council elections – and the City Council’s ideological lean – for the next decade.

We’ll begin with a quick review of the state of play.

The ‘domino effect’ of growth

While all of Seattle has been growing, that growth has been highly uneven. The slowest-growing City Council district, District 5 (Debora Juarez), grew by 13% since the 2020 Census. The fastest-growing district, District 7 (Andrew Lewis), bulged 43%, driven by Downtown growth. Evening out these discrepancies requires big changes to the districts’ map.

In cities with more even growth patterns, redistricting can be achieved through nudging a boundary a block here or there. In Seattle, entire neighborhoods must move. To reach ideal size (105,288 people), District 7 will need to shed 18,063 residents. This creates a “domino effect” that affects other districts.

In addition, the Commission has many tasks beyond simply evening out the populations. They sought to keep “communities of interest” together – a tough task in a city like Seattle, where neighborhood boundaries are totally unofficial. This created thorny and hotly debated issues, like whether the entirety of Magnolia is one neighborhood. The Commission spent much of their time tussling with these issues, even proposing radical eleventh-hour changes that were ultimately rejected.

I ran numbers comparing the new district lines against the current district geographies to get a sense of the political import of the shifts. To gauge that, I compiled precinct-level results for two recent races with clear ideological correlates (2021 City Attorney race between Ann Davison and Nicole Thomas Kennedy, and the 2021 Sara Nelson/Nikkita Oliver race for at large City Council, Pos. 9). The average of the results in these two races makes up the basis for calculating the “moderate index” referenced in the district-level analysis below.

Citywide, the average in those two races tilted moderate, or in favor of Nelson/Davison, by a margin +5.8 points. So any district that has a moderate score that is negative (meaning that there were more Thomas Kennedy/Oliver voters in that geography than voted for their opponents) or has a positive score below +5.8, is an indication that district leans farther left than the city as a whole. Obviously, any district with a moderate score above +5.8 is more moderate than the city as a whole.

District 1’s slightly slower growth will require expanding farther beyond West Seattle. The commission has decided to solve this by adding Georgetown/SoDo and Pioneer Square. The result will be a microscopic leftward move for this moderate-leaning district, represented by lefty Lisa Herbold. Our “moderate index” nudges down from +13.3 to +12.6, though it still retains a sizable moderate majority.

District 2, Seattle’s Rainier Valley-based “majority-minority” district, is rather slow-growing. The Commission has reached consensus around moving in most of D3’s Mount Baker portions, plus Yesler Terrace. The “moderate index” of this district, the city’s furthest left, ticks up from -19.1 to -18.1.

District 3. Of the interesting districts, District 3 (Kshama Sawant’s district)  is likely the least interesting. That wasn’t guaranteed. The strong growth in District 7 had the potential to cause collateral impact here, knocking the gravitational center of this district away from Capitol Hill. Some early drafts also removed the moderate precincts of North Capitol Hill and Madison Park northward to District 4. In the end, the Commission proposed minimal changes, mostly just adding Eastlake. This version inches D3’s “moderate index” from -12.0 to -11.7 – still very much tilted left, but relatively unchanged from how it performed before.

District 4. The University of Washington is growing quickly, and that means District 4’s growth outpaced the city average. Still, the difference was slight, and the Commission’s latest consensus draft proposed minimal changes. It would remove Eastlake, subbing in northern portions of Wedgwood. The result will solidify District 4’s status as the second most moderate-tilted in the city via a modest increase in the moderate index, from +13.3 to +14.1. This is a slight help for moderate incumbent Alex Pedersen.

District 5. Located at the city’s far north, District 5 was Seattle’s slowest-growing between 2010 and 2020 – roughly keeping pace with Washington State, but not with the city. As a result, District 5 is forced to add a little over 6,000 voters. After a few maps that more radically altered this far North Seattle district, the Commission settled on a minimum-change map that adds Blue Ridge and parts of Crown Hill. That will make the district very slightly older, more affluent, and more moderate. However, in an open seat scenario, District 5 (represented by Debora Juarez) remains Seattle’s swingiest. The “moderate index” nudges up from +8.7 to +9.3.

District 6. If there’s a clear victim of 2020 redistricting, it’s probably Councilmember Dan Strauss. The progressive incumbent represents a slightly slow-growing district. His best-case scenario was likely adding in the remainder of progressive Fremont. Instead, the Commission chose to split off most of Magnolia from District 7, adding it to Strauss’ district. The result has spiked the ”moderate index” in the district from +8.3 to +13.2, the biggest shift of any district.

Remarkably, a lot of District 6’s moderate tilt may be a recent development. In our analysis of election cycles from before 2021, moderate candidates barely outperformed city averages in the new D-6. But that changed last year. Moderate candidates like Sara Nelson and Ann Davison may have benefited from increased concern over homelessness and public safety, especially in residential neighborhoods around Ballard.

This is  evident in most recent election results; the new District 6 was decidedly above average for Nelson and Davison, but it was a merely average district for Ken Wilson’s challenge to Teresa Mosqueda. That sets up a survivable, but substantially more difficult, environment for Strauss.

District 7. Finally, we come to the problem child. The need to move 18,000 residents out of District 7 was the defining challenge of redistricting. There were essentially two options – maintaining D-7 as a Magnolia-to-Downtown district, as Commissioner Greg Nickels advocated, or the Commission’s ultimate choice, re-focusing the district on Downtown. The result is a transformative change that swaps out most of Magnolia and solidifies this as a more urban, renter-dominated district.

Despite this transformative change, the new District 7 is not massively more progressive. The “Moderate Index” here will fall from an overwhelming +25.2 – more centrist candidates tend to run up landslides the old D-7 – to a still city-leading +19.9. Most of this change comes from removing arch-moderate Magnolia precincts to D-6. But splitting Magnolia – the decision that provoked the most back and forth during the Commission’s deliberations – doesn’t have as much impact as one might think, because the southern portion of Magnolia that remains in D-7 is still strongly moderate. Sara Nelson won Belltown by 23 points, the Central Business District by 33, and the included part of Magnolia (despite a fair number of renters) by 29.

Still, Andrew Lewis – who was elected in 2019 from a left-leaning base – must be pleased.

Despite considering disruptive eleventh-hour changes, like adding Fremont into District 7, the Commission ultimately settled on a map that minimizes changes. The most substantive change is the almost-inevitable creation of a Downtown-dominated district. That change, pushed by groups like Redistricting Justice for Seattle, did not exactly become ideologically charged. Centrist downtown-area interests were largely supportive, as well. However, the impact on the politics of Districts 6 and 7 is substantial.

Elsewhere, political changes are muted. Still, even these slight shifts can prove decisive in close races. With all seven districts of the City Council races on the ballot for next year, redistricting is yet another seismic shift in a city whose politics and demographics remain in flux. 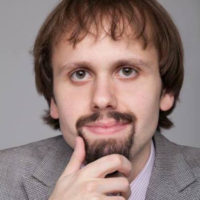