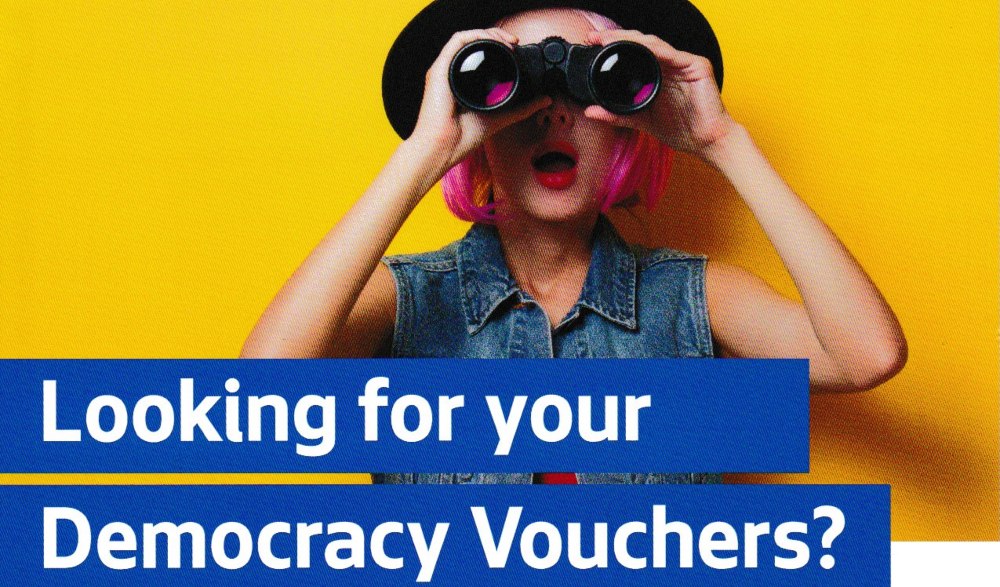 Do Seattle’s Popular Democracy Vouchers Have a Fatal Flaw?

For three elections, Seattle residents have turned to democracy vouchers to enrich the campaigns of candidates who qualify for them. Many believe that – with those past three elections (2017-21) behind us — it is now time to assess whether vouchers have achieved the goals supporters claimed for them.

In 2015, Councilmember Mike O’Brien sold voters on democracy vouchers, arguing that it would keep big corporations from pushing regular people out of the process. Candidates could spend less time calling wealthy donors and instead urge voters to sign over vouchers. The voters overwhelmingly approved I-122, the “Honest Elections” initiative.

When Seattleites became familiar with vouchers, several of the program’s goals were realized. While only 1.3 percent contributed to campaigns in 2015, by 2017, that number grew to 7 percent of the population, and they continue to grow enormously. Another plus was an increase in contributions from within the city. In earlier years, that figure for local donors was around 70 percent, but by 2019, it had grown to 93 percent.

Another good outcome was that campaign donors more closely matched the overall city demographics. Also, the number of candidates entering city races increased in both number and diversity.

There have also been unintended consequences to this unique form of public financing. One downside has been the increasing clout of independent political action committees. The PACs are prohibited from coordinating with a candidate’s campaign, but there are no limits on contributions. Although Council President Lorena Gonzalez sponsored and passed a law banning expenditures by corporations with even 1 percent foreign ownership (take that, Amazon!), Gonzalez reaped her reward when United Here, a labor group, dropped $177,000 to support her unsuccessful mayoral campaign.

In the days before Democracy Vouchers, the total of independent spending in Seattle elections totaled $785,000, but by 2019 that shot up to $4.2 million and in 2021 that PAC spending climbed to more than seven times pre-2015 contributions.

Another adverse consequence was the practice of harvesting vouchers. A prime example is the 2021 mayoral campaign of Andrew Grant Houston, a 32-year-old architect new to the city. Houston hired Prism West, a consulting firm that fielded a team of subcontractors – some for $1,000 a week – to persuade residents to sign away their vouchers.

Houston’s long-shot campaign collected $342,058, and paid Prism West $149,526 for its services. Strangely that didn’t translate into many votes. While Houston had 5,000 contributors, he netted only 5,485 votes, earning a woeful seventh-place finish. That led many to speculate that his campaign was more of a money-raising exercise for Prism West than an attempt to get elected. Seattle Ethics and Elections director Wayne Barnett said that, under the law, the operation – including the use of stacks of duplicate vouchers used by Houston’s campaign workers at light rail stations — was fully legal.

Houston’s success at funding a campaign despite hefty expenses owed to Prism West was then duplicated in the unsuccessful campaigns of City Attorney candidate Nicole Thomas-Kennedy and council candidate Nikkita Oliver.

The harvesting caper prompted a closer look at Prism West, a Seattle consulting group whose website states that the firm “focuses on providing opportunities and services for electoral campaigns centered on social justice.” Founder is Riall Johnson, a Seattle native who returned to the state after playing for the Cincinnati Bengals. Johnson’s firm takes credit for working on behalf of criminal justice reform and successfully passing gun-control Initiative 940. Calls to Prism’s offices to ask about current campaigns were not returned.

Meanwhile, the past use of widespread voucher harvesting shows that a civic discussion is in order. The Seattle Ethics and Elections Commission, the body that administers and enforces the Seattle Election Code, has the power to oversee election procedures and to make needed changes.

Last week I talked to Ethics and Elections director Barnett about the pluses and minuses of the program. He again cited the wins, including the upswing in diversity and the high participation rate. But he did say that the Ethics and Elections Commission will be meeting early next month to consider if changes to the program are needed – something legally within the purview of the seven commissioners.

Barnett assured me that there would be “public input — after all this is Seattle.” What changes – if any — will the Commission make to the program will have to wait until later this year. Likely targets will be expenditure limits on campaigns and the harvesting of vouchers.

Meanwhile, Seattle’s experience with the program has proven attractive to other municipalities. A similar program is on the November ballot in Oakland, California, and other cities have inquired about Seattle’s pioneering program. New York Sen. Kirsten Gillibrand earlier entertained the idea of introducing a nation-wide voucher program.

One aside to the controversy is a rumor that four of the incumbent members of the Seattle City Council have already signed up with ballot-harvester Prism West. If so, some suspect a defensive strategy by those running for reelection to discourage potential opponents intent on ballot harvesting.

Widespread ballot harvesting may be on the way out.

Jean Godden
Jean Godden wrote columns first for the Seattle Post-Intelligencer and late for the Seattle Times. In 2002, she quit to run for City Council where she served for 12 years. Since then she published a book of city stories titled “Citizen Jean.” She is now co-host of The Bridge aired on community station KMGP at 101.1 FM. You can email tips and comments to Jean at jgodden@blarg.net.
Previous article
Et Tu, Pramila? Congressional Progressive Caucus Plays to Putin on War
Next article
Bridge Loan: Washington State’s Ferry Dilemma