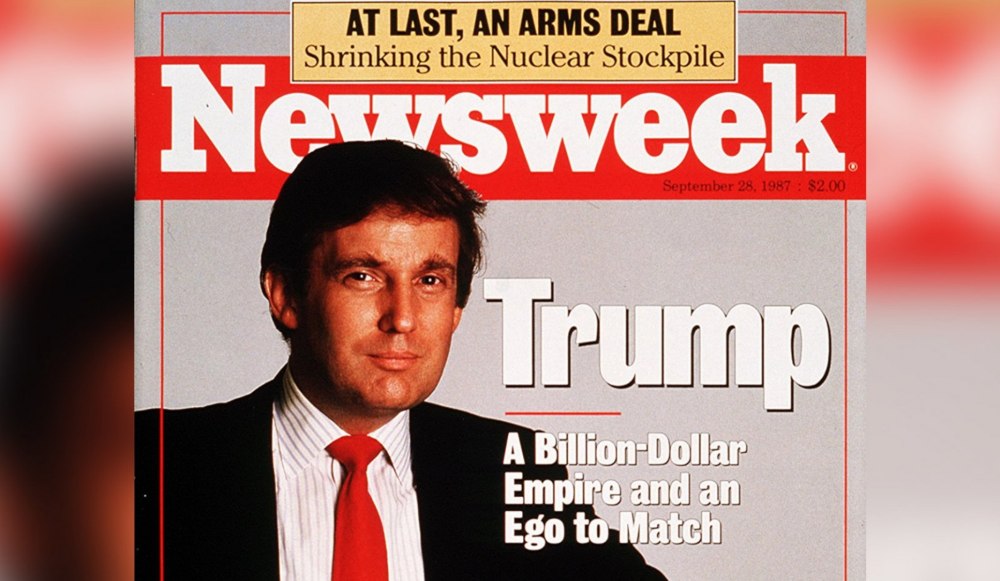 Few – if any – people understand Donald Trump and his motivations any better than reporter Maggie Haberman. She covered Trump when working at the New York Post, Daily News and Politico and then was tapped by the New York Times to cover Trump during his 2015 run for the presidency and his unexpected win.

Haberman devotes the first 12 chapters of her 600-page master work Confidence Man to Trump’s real estate development career and his dealings with New York’s demimonde of hucksters, mobsters, and political bosses. Mentored by Lawyer Roy Cohn, he learned to make use of compliant prosecutors and tabloid scandalmongers. Cohn schooled Trump in high stakes con-man strategy, employing lies and exaggeration in pursuit of his goals. Yet as a hyper-ambitious real estate developer from Queens, Trump failed to earn the respect he craved from Manhattan’s power elite.

Never one to avoid headlines, Trump even made use of his and wife Ivana’s divorce to set New York’s gossip reporters against one another. At one point, the divorce was front page news 12 days in a row. Much of Trump’s modus operandi was formed during those formative years, the 1970s and 80s era where Haberman believes he remains frozen.

Once in the White House, Trump bumbled around picking aides, some of whom lasted only months. He had no grasp of how government works and no interest in learning. John Kelly, Trump’s second Chief of Staff, began his stint believing the main problem with Trump’s White House was staffing. He learned otherwise. Ever the Marine, Kelly declined to be publicly critical after his stint. But, as Haberman reports, Kelly privately described Trump as a “fascist,” uninterested in history or geography, and “uniquely unfit for the job of leading a constitutional democracy.”

When news coverage didn’t turn out the way Trump wanted, he labeled the press “the enemy of the American people,” a label used by despots. He branded anything but admiring press accounts as “fake news.” He had a penchant for tearing up documents, throwing pieces into the trash or onto the floor and even flushing bits down the toilet, sometimes plugging pipes.

In her prologue, Haberman describes “the Trump mythos,” saying he has had only a handful of moves throughout his entire adult life:  counterattack, quick lies, shifts of blame, misdirection, outbursts of rage, performative anger, and setting one adviser with against another by creating a wedge between them. He cultivates a constant stew of grudges and grievances.

Trump’s four chaotic years saw an unprecedented number of turnovers. By the middle of 2019, he was on his third chief of staff (Mark Meadows later came in as the fourth), sixth communication director, and third press secretary. More of his original cabinet departed during his term than any of the five presidents before him.

Staffers spent a large amount of time moving Trump off what one cabinet official called “nutty” ideas. Maggie reminds us of some of his greatest hits: buying Greenland, bombing Mexican drug labs, withdrawing troops from overseas bases, and wanting to wear a “Superman” T-shirt for his post-covid appearance. Staffers had to manage him throughout the day as he popped  off over things he’d heard on TV or Fox news.

After Trump’s 2020 defeat, he immediately began fundraising off his claims of fraud. Reporter Haberman had three sit-down interviews with the former president, the first devoted to his New York history. The other two interviews she asked for and managed to put him on the record over questions such as “Would he do it again?” Trump answered, “Yeah, I think so.” He rambled on about how fame gave him an opportunity to get scarce dinner reservations when others couldn’t. He concluded, “The way I look at it, I have so many rich friends and nobody knows who they are.” He claimed, “If Cohn were still alive, I would still be president.”

At another session, Trump used his new nickname for Senate Leader McConnell. He said, “The Old Crow is a piece of shit.” When asked what he’d been doing on January 6 after the speech at the Ellipse, Trump insisted that, reports to the contrary, he was not watching TV, “I was having meetings with Mark Meadows and others.”

Trump’s third interview with Haberman — “she’s my psychologist” — was held at Trump’s Bedminster Golf Course where Sen. Lindsey Graham was suiting up for a round of golf. Graham gushed over Trump’s post-presidential antics, calling them “the greatest comeback in history.” Trump responded, “You know why Lindsey kisses my ass. So I’ll endorse his friends.”

Haberman followed the interviews with a series of queries over facts for her forthcoming book. Trump returned the questions defaced with sharpie remarks such as “false,” “totally false” and “fake story.” Asked if he’d taken any documents with him when he left the White House, Trump said, “Nothing of any great urgency.” Queried specifically about letters from North Korea’s Kim Jong-un. He said, “No. I think that’s in the Archives, but we have incredible things…”

Haberman’s book is both meaty and weighty, and it is accompanied with a wealth of Trump pictures and by source notes on each of the 27 chapters and an extensive index. Haberman is generous in acknowledging the work of her colleague Michael Schmidt and other journalism colleagues who covered Trump over the years.

The author predicts, “Later generations will puzzle over Trump’s rise to power.” She blames the social, cultural, political, and moral breakdown that overtook New York in the 1970s and that allowed the Trump virus to grow. Her book towers over other Trump volumes as the most informative and enlightened biography yet of Donald Trump.

Jean Godden
Jean Godden wrote columns first for the Seattle Post-Intelligencer and late for the Seattle Times. In 2002, she quit to run for City Council where she served for 12 years. Since then she published a book of city stories titled “Citizen Jean.” She is now co-host of The Bridge aired on community station KMGP at 101.1 FM. You can email tips and comments to Jean at jgodden@blarg.net.
Previous article
So Stressed! Help! Last Ditch Effort! It Depends on You! Tiffany Smiley’s Relentless Emails
Next article
Financial Systems Come for Your Free Expression: Don’t let them.