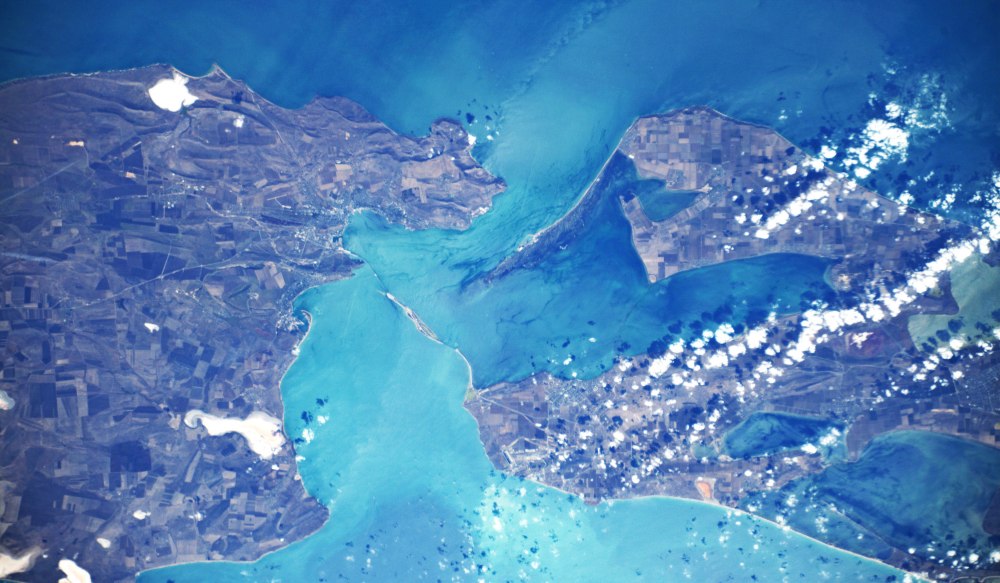 After All This: Putin in Peril? Not Likely

As defiant Ukrainian fighters push Russian troops out of occupied territory and deal humiliating blows to Russian President Vladimir Putin, it’s tempting to be taken in by fresh speculation on how much longer the Kremlin leader can hold on to power. Despite an astounding spate of setbacks in Putin’s bloody quest to conquer territory for a new Russian Empire, the answer is he isn’t likely to depart, willingly or otherwise, any time soon.

The suspected Ukrainian hand in Saturday’s bombing of the $4-billion Kerch Strait Bridge linking the Russian mainland to Crimea may not have damaged the strategic span as much as it did Putin’s pose as commander-in-chief directing a war that is “going as planned.”

Bombing of the vital road and rail supply lines blasted the façade of an impregnable asset in the Kremlin’s war effort. A priority construction after Russia seized and annexed the Ukrainian peninsula in 2014, Putin inaugurated its opening in 2018 by driving the lead truck in a convoy across the 12-mile bridge providing the only Russian-controlled land link to Crimea. The fiery explosion occurred a few hours after Putin’s 70th birthday Friday, inspiring Ukrainian social media parodies casting Putin as the victim of his own blowback.

U.S. and European intelligence sources report, mostly anonymously, new strains within Putin’s inner circle over the stumbling and unprovoked war on his independent neighbor. Russian troops in recent weeks have been pushed out of thousands of square miles of once-occupied territory and forced to retreat, leaving behind their armored vehicles and heavy weapons in the scramble to escape. Western military intelligence sources report as many as 20,000 Russian fighters are trapped between the advancing Ukrainian lines and a stretch of the Dnipro River where vehicle bridge crossings have been blown up.

A surprise pivot in Ukrainian forces’ summer counteroffensive in the south and east of the country took back control for Kyiv of Ukraine’s second-largest city, Kharkiv. Ukraine’s committed defenders recaptured huge swaths of territory in the Kherson region that is home to an important Black Sea port and the only other land bridge to Crimea from Ukrainian territory.

Two top Putin allies providing him with ruthless private armies for the Ukraine war, Yevgeny Prigozhin of the Wagner Group of mercenaries and Chechen criminal-gang leader Ramzan Kadyrov, have viciously criticized the Kremlin’s direction of the nearly eight-month-old war. Kirill Stremousov, another commander of Russian forces struggling to hold on to the Kherson region, called on Russian Defense Minister Sergei Shoigu to commit suicide for the inept military performance.

The critics’ choice of Shoigu as fall guy is telling of the Putin allies’ reluctance to blame the Kremlin leader for the failure of his “special military operation.” Putin’s inner circle is small and expendable, with little power or influence on his strategy and direction. Aside from Shoigu, who until the Ukraine invasion was seen as Putin’s most loyal ally and potential successor at some distant point in the future, Putin’s inner circle consists of Chief of the General Staff Valery Gerasimov and Nikolai Patrushev, the national security advisor.

In the unlikely event of a putsch or assassination, Putin’s successor would likely come from the ranks of more extremist and nationalist allies fighting for supremacy in a power struggle that could ignite violence among the contenders’ loyalists. There would be virtually no chance for the depleted community of pro-democracy activists like Alexei Navalny or Vladimir Kara-Murza. Prominent opponents of Putin during the 22 years he has been in power are all imprisoned, in exile or dead.

Putin’s war has gone badly from its Feb. 24 start, with estimates of Russian war dead exceeding 15,000 and twice that number of troops wounded and out of the fight. Fatalities from this year’s invasion exceed those of the Soviet Union’s nearly decade-long occupation of Afghanistan and its failed effort at imposing Communist rule.

Russian troops were forced by an unexpectedly fierce and effective Ukrainian army to retreat from their original invasion objective, the Ukrainian capital of Kyiv, less than two months after the invasion.

Under the inspiring leadership of President Volodymyr Zelensky, Ukraine’s fighters forced a Russian pullout from the advance on Kyiv. Moscow repositioned the surviving troops to south and east areas adjacent to territory taken by Kremlin-backed mercenaries in 2014. Russia’s only battlefield “success,” the conquest of Mariupol, came at the cost of thousands of Russian soldiers and the complete devastation of the city’s housing, infrastructure and industry. As the monthlong battle raged for the Sea of Azov port, two land-launched Ukrainian missiles hit and sank Russia’s Black Sea Fleet flagship, the missile cruiser Moskva and its 500-plus crewmen.

Some prominent journalists and commentators from Russian state-controlled media have begun criticizing the staggering war losses in human life and territory. A noticeable shift in public opinion from disengagement to concern and renewed protest has followed Putin’s announcement last month of the first mobilization of Russian troops since World War II. More than 300,000 Russian men of fighting age have fled to neighboring Kazakhstan, Georgia and European Union states since the call-up was announced for arming and dispatching 300,000 new recruits.

Exiled Kremlin opponents like world chess grandmaster Gary Kasparov and dispossessed former oil magnate Mikhail Khodorkovsky have campaigned from their places of exile for Russian compatriots to save their children’s future by demanding an end to the pointless war. A few influential cultural figures have spoken out against the invasion inflicting energy and economic crises around the globe. Soviet-era pop diva Alla Pugacheva, who remains wildly popular in Russia, lamented “our boys dying for illusive goals.”

In a country where most media are muzzled by state censors, the pleas of Russian war opponents are drowned out by propaganda distorting the war as a defensive action provoked by the United States and its NATO allies.

There is zero prediction of Putin’s power at imminent risk. Blame is cast by the carefully critical on Kremlin underlings who can be replaced for time-buying periods of readjustment of war strategy and tactics. Some analysts hold out more hope than others of an eventual triumph of embattled Ukrainians over the so-far badly organized and commanded Russian invaders.

In the latest edition of TheAtlantic, former senior U.S. State Department counselor and professor of international studies Eliot A. Cohen forecasts that Putin’s regime “faces the fate of his Kerch Strait Bridge.” But not before his new commander of the Ukraine offensive resorts to distracting from battlefield losses by training Russia’s deadly firepower on Ukrainian homes, hospitals and public places.

The most important consequence of the bridge attack “will be to accelerate the transformations within Russia’s political and military leadership already under way,” noting the elevation of General Sergey Surovikin as single commander of Russian forces in Ukraine.

Surovikin “will not be able to create a unified command organization overnight. Nor is he likely to escape the micromanagement from the Kremlin that seems to have plagued Russia’s war effort. What he will do, however, is repeat the brutalities over which he presided in Syria, where Russian military gained experience not in fighting but in butchering civilians.”

All wars eventually end, Cohen and most analysts of Russia’s disastrous one point out. There is unity in their predictions that it will take time – months if not years – before Russians overcome their fear of retribution for challenging the official narrative of Putin as defender of the motherland. There is also potential for the scope of troop deaths and injuries to wear down public inertia as the remains of tens of thousands of young men make their way home or desertion and disaffection take an even larger toll on front-line morale.

Ukrainian fighters and foreign volunteers coming to their aid report finding evidence of civilian massacres and other war crimes, as well as signs of unmotivated and ill-equipped Russian troops.

“Lots of times they were wearing flip-flops, malnourished,” American volunteer commander Rob Roy told the New York Times’ veteran war correspondent Carlotta Gall. “It does not scream of a well-mobilized army. My feeling is they don’t want to be here.”