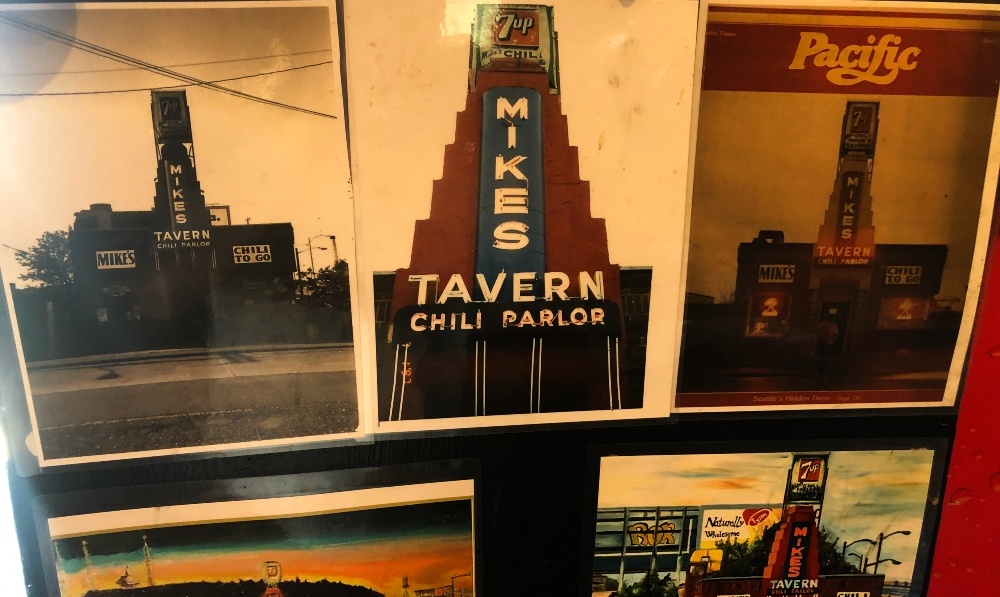 In 2018, when he sarcastically priced his grilled-cheese sandwiches at $56, Mike’s Chili Parlor proprietor Mike Semandiris said, “I feel like it’s really important to cities to have places that have a heartbeat and some history and tell a story.”

Seattleites of a certain age will tell you that few such places remain in the Emerald City, which seems terminally trapped in a cultural and architectural facelift. But Mike’s Chili Parlor (or, simply, the Chili) is now celebrating its 100th year of business down on Ballard’s Salmon Bay, serving the same drizzly, meaty chili — its recipe a closely guarded secret — that Semandiris’s great grandfather, also Mike, began pouring into patrons’ “big-ass bowls” from a cart near the shipping canal in 1922.

Seated at a table toward the back of his cozy, cash-only establishment, which now prices its grilled cheese at $58 (inflation, obviously), Semandiris was reared on the other side of town, in Rainier Beach. Back then, his grandfather, among four generations of Semandiris patriarchs to own the Chili, would take the 7 bus downtown before transferring to the 15, a trafficless trip to Ballard which, altogether, took a mere hour.

In about 1927, the elder Mike moved his outdoor operation into a small storefront next to the Chili’s current location, a brick, art-deco building that the family built and opened in 1939. Phil Semandiris, the younger Mike’s father, was born in that same year in the Greek village of Sopiki, Albania. As a boy, Phil and his family were confined to concentration camps during World War Two and its aftermath before pulling off a daring, mountainous escape, eventually arriving in Seattle in 1953 to reunite with their elders.

In 1966, the year the younger Mike was born, both his great grandfather and grandfather died, with Phil taking over the Chili at age 27. Once he was old enough, Mike worked there, too. Phil was happy to have his son’s help, but, Mike said, he “more discouraged me than encouraged me to have this be what I do.”

The Semandiris family also owned a rough-and-tumble bar in Belltown for a spell. When Mike graduated from college, Phil told him, “I will put you into this bar for nothing, and you can run it.”

Mike demurred, wary that owning a bar in his early twenties might lead to some perilous lifestyle choices. But when his dad, who died in 2019, retired at the age of 70, the call of the Chili proved too powerful to ignore.

“I worked in other businesses, but once I started really doing this as my main thing, my heart knew I belonged here,” Mike explained. “I had friends who laughed at me and told me, ‘We all knew that this is what you were gonna do’ — even though I didn’t know I was gonna do it.”

It is extraordinarily fitting that the Chili’s gravel backyard — a previously feral space now known as the “Chili Bowl” and ringed by a mural celebrating the restaurant’s heritage — sits a stone’s throw from the former home of the city’s most fabled holdout, Edith Macefield. Like the Semandirises, Macefield refused to sell her tiny house to developers, who were forced to build their glitzy Ballard Blocks retail complex around it.

“This is a super cool, iconic building, and I’m very blessed to have this,” Semandiris said of the Chili’s enduring edifice. “But it’s less about that than what happens on the inside. This little building, its heart is beating every day.”

The Chili’s 100th birthday party is ongoing, with the city planning a proclamation.

“Coming out of COVID, it seemed super appropriate to celebrate it,” said Semandiris. “Maybe the only way to get to 100 years is to not be planning to get to 100 years. We’re sort of like a baseball team: You’re supposed to take it one day at a time, and that’s how we’ve operated for four generations.”

“For me, this 100-year thing is pretty awesome, but it’s kind of more about perseverance, not trying to reinvent yourself. We’re simple folk. We kept doing what we do because we believed in it, because we loved it.”

As for the chili itself, which has even touched the goateed lips of Guy Fieri on the long-running Food Network program Diners, Drive-Ins, and Dives, its secret recipe may be 100 years old, but Semandiris still hasn’t tired of it.

“Every day, I take a little bite of this non-changing product and I’m like, ‘Man, this stuff is good.’” 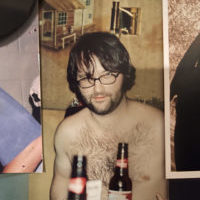