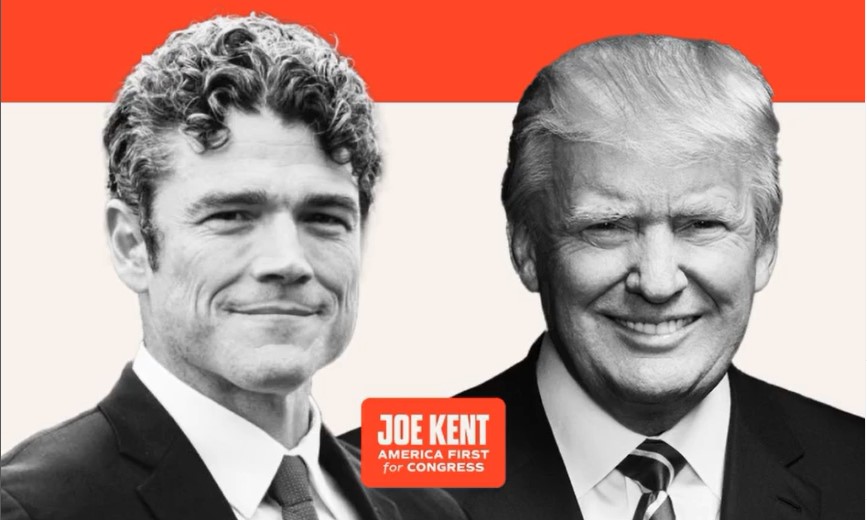 Insurgent MAGA-style Republican Joe Kent has a 47-44 percent lead over Democrat Marie Gluesenkamp Perez in the high-profile contest for Washington’s 3rd Congressional District, according to a survey taken this week by Public Policy Polling. The poll, done for the Northwest Progressive Institute, shows a narrow gap in a Southwest Washington district that was carried by Donald Trump in 2016 and 2020, and by losing Republican gubernatorial candidate Loren Culp in 2020. Nine percent of those surveyed have yet to make up their minds in the marquee race.

Kent, an ex-Green Beret, eliminated incumbent six-term Republican Rep. Jaime Herrera Beutler in Washington’s top-two August primary.  Gluesenkamp Perez finished first with 31 percent of the vote, while Kent nosed out Herrera Beutler for the second spot on the November ballot. He was boosted by an endorsement from Trump and a fundraiser held at the ex-president’s Mar a Lago Florida estate.  Herrera Beutler was one of 10 Republican House members who voted to impeach Trump after the January 6, 2021 insurrection at the U.S. Capitol.

Gluesenkamp Perez is benefiting from the Republicans’ summer fratricide.  She trails by only three points, while the same poll found the GOP’s Tiffany Smiley leads Democratic Sen. Patty Murray by a 53-42 percent margin in the 3rd District. Public Policy Polling contacted 834 likely voters on Sept. 19 and 20, half of them by land line and the remainder online through text messages.  The firm has Democratic roots but made its marks with accurate predictions of the “shellackings” (President Obama’s word) endured by Democrats in the 2010 and 2014 mid-term elections. Its polling in this state pegged Sen. Maria Cantwell’s winning margin in 2018, and two years later Washington voters’ surprisingly robust support for mandatory sex education in public schools. It revealed weakness of state schools superintendent Chris Reykdal in time for Democrats to rescue his reelection.

The new poll “somewhat undercounts our support,” said Sandeep Kaushik, an adviser to the Gluesenkamp Perez campaign.  “Still, it confirms what we’ve been saying, which is that this is really a close, tossup race.” He noted that a quarter of those surveyed do not yet have an opinion of Gluesenkamp Perez, while 46 percent had a negative reaction to Kent.  “We have barely begun to define [Kent]. . .and already nearly half the district doesn’t like him,” said Kaushik, who also writes for PostAlley.

Andrew Villeneuve, executive director of the Northwest Progressive Institute, commented: “For Gluesenkamp Perez’s campaign to succeed, she’ll have to gain the trust of at least some Republican voters.”  Seeking to find such voters, the Democrat’s campaign drew 200 volunteers in Clark County and 60 in Cowlitz County for its first weekend of canvassing.

Long dependent on resource industries, Southwest Washington used to be blue-collar Democratic turf.  No more.  For instance, Democratic Gov. Jay Inslee has been unable to break 40 percent of the vote in Cowlitz County.  Lewis County is Western Washington’s Republican fortress and has been known to deliver a 10,000-vote margin to GOP candidates in a general election. Democrats fielded a strong 3rd District challenger, WSU-Vancouver political science professor Carolyn Long, in 2018 and 2020.  But Herrera Beutler won reelection with 56.37 percent of the vote two years ago, carrying every county in the district.

Will Kent prove too conservative even for the right-leaning district?  In one controversial Tweet, the former Green Beret and CIA man said:  “Defund the FBI, fund constitutional sheriffs.  Give the power to the people not the bureaucrats.  When the FBI prioritizes its political agenda over protecting children, it’s beyond repair.”

Kent has called for an end to both legal and illegal immigration, and termination of the Deferred Action for Childhood Arrivals (DACA) program for immigrants.  He opposed abortion, using an interview with The Chronicle to describe supporting the right to abortion as “a sacrament of the Democratic religion right now.”  He believes the 2020 election was “rigged and stolen.” He spoke at a Washington, D.C., rally for what he called “political prisoners” being prosecuted for their actions at the U.S. Capitol insurrections.

Ex-President Trump has boosted Kemp with a phone-in rally.  Controversial Florida Rep. Matt Gaetz boosted Kent at an early campaign event. Kent has also been given generous airtime on Fox News, and is frequently called on by host Tucker Carlson regarding Kent’s own race and issues of the day.

During the primary, Kent frequently described Herrera Beutler as a “RINO” or Republican in Name Only. He has characterized Gluesenkamp Perez, co-owner of an auto repair shop in Skamania County, as “a radical pro-abortion extremist who would be another reliable vote for the Biden-Pelosi-AOC agenda.” A warning to Kent: Public Policy Polling found 3rd District voters support abortion rights by a 57-36 percent margin.